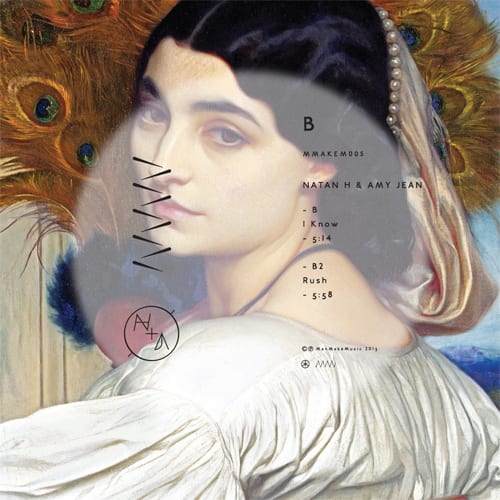 Between releases by the likes of George Fitzgerald, Leon Vynehall and Jack Dixon, the London based ManMakeMusic has made the transition from party to label in impressively seamless fashion. They’ve also proved a dab hand when it comes to their A&R duties, with their latest recruits, Natan H & Amy Jean, emphasising such credentials. Yet while the imprint has incorporated everything from UK bass to dubstep to 2-step into the equation thus far, the latter duo’s ‘For Her’ EP is their most decidedly house offering yet.

The title track “For Her” is fashioned on a steady, deep house tip, with warm grooves and a concoction of various other amalgamated elements proving the recipe for a record that’s every bit as eccentric as it is impressive. “I Know” then leans on more soulful, disco led textures – a sign not only of the duo’s eclecticism – but also it would appear, of their penchant for a cannily placed sample. As its title alludes to, the closing strands of “Rush” ups the ante (albeit only ever so slightly), with a low-slung bassline and heavy dose of heightened atmosphere culminating the EP in sophisticated fashion. In all, it’s an auspicious start to 2013 for both parties.