For the last two years Belgian label STROOM has been writing its own alternative history of underground music. With reissues ranging from Alain Pierre’s lost soundtracks to Vazz’s ethereal wave, the label has shed light on a diverse, cosmopolitan world existing in parallel to the banal. Consistently illuminating poorly explored trajectories and tangents, for the label’s latest release they’ve unearthed something truly unique.

NSRD (Nebijušu Sajūtu Restaurēšanas Darbnīca: Workshop for the Restoration of Unfelt Sensations) were active in Latvia in the 1980s. Centred around Juris Boiko (1954-2002) and Hardijs Lediņš (1955-2004), the collective’s work moved through post-punk/new wave music, performance art and avant-garde experimentation.

The tracks on this compilation and the NSRD 12-inch EP (also on STROOM), convey both NSRD’s strive to break new sonic ground, and their ability to make oddly addictive pop music. Opener “Schwenn” is a beautifully alien moment, a resigned voice repeating the track’s title over a simple electric organ loop and sourceless echoes. The song seems to sit outside of any context – a piece of music which is difficult to place in any time or genre. It’s rooted to a pop sensibility, yet the sweetness of the melodies belies the minimalist structure and abstract sounds that shape the track. 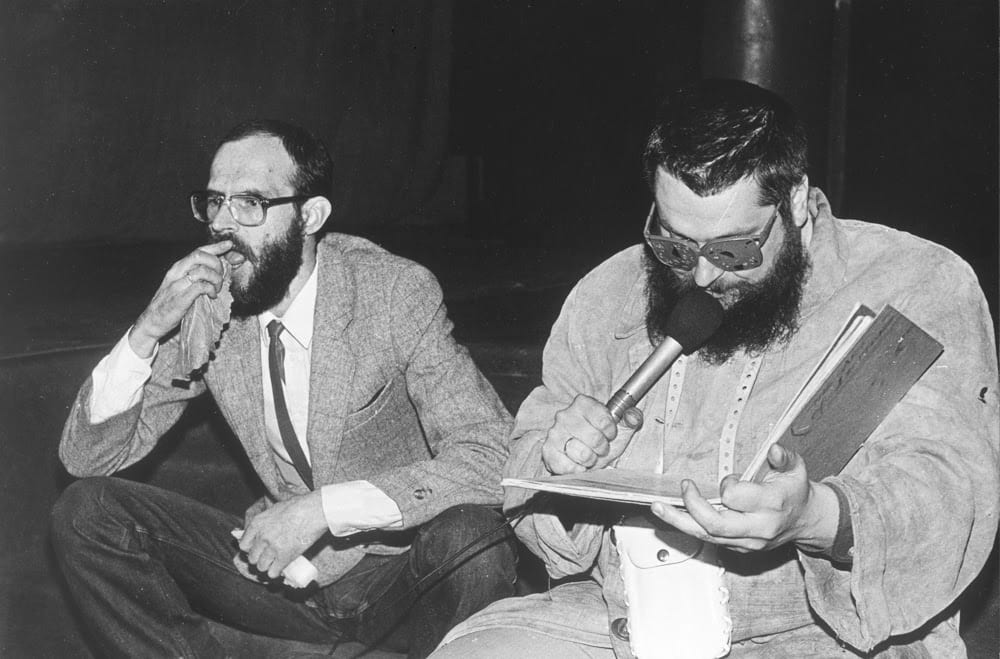 Anyone who’s visited Riga will have noticed the city’s vivid contrasts. Brutalist architecture on the capital’s outskirts peels away into untouched forests. In winter the old town’s Art Nouveau facades are blanketed in snow, while in summer they’re bathed in stunning luminescence. This surreal psychogeography has bled into NSRD’s music. The serenely bittersweet melodies and simple drum machine beats of tracks like “Kādā Rītā” (One Morning) and “Kastanis” (Chestnut) capturing the city’s melancholic beauty.

Elsewhere, “Sieviete ar Casio” (Woman with a Casio) and “Plava” (Meadow) seem to electrify Latvia’s traditional folk music, welding together disparate ideas to create something that sits just outside the familiar. The record’s most abstract tracks, the spoken word and reverb textures of “Ķīna” (China), or the group’s soundtrack for a Moscow TV programme about time, bring to mind the fearless experimentation of the BBC Radiophonic Workshop and Pierre Henry. Like those two, when heard today NSRD’s sound experiments have a remarkable ability to sound both futuristic and nostalgic at the same time – music that doesn’t seem to have any clear temporal context.

The compilation of course only captures a snapshot of NSRD’s diverse output, the consequence of only a small amount of the collective’s work surviving on tape, yet it serves as a revealing introduction. Occasionally these tracks sound familiar in the broader history of post-punk and minimal wave music, but those moments are fleeting – stressing how bizarrely without context NSRD sound.

The collective’s output takes on an added significance through being created while Latvia was under Soviet occupation. Although not explicitly protest music, the very existence of NSRD was an act of defiance, their bold experimentation a franticly impassioned attempt to assert identity. Listening now, the 1980s context is not obviously apparent, but the strive for individuality comes through in amazing clarity.

The Workshop For The Restoration Of Unfelt Feelings is out now, order a copy from Bandcamp.