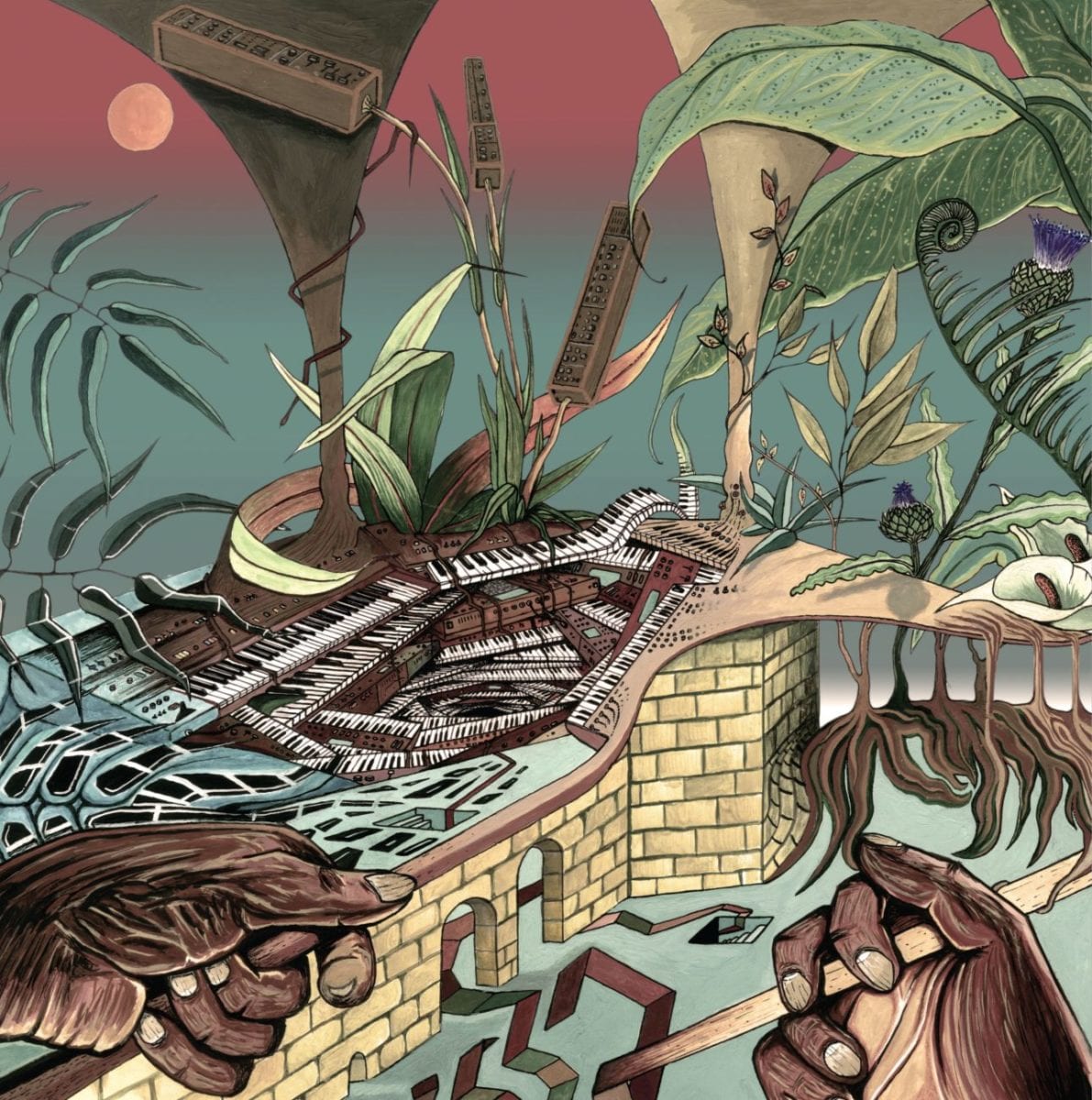 Make no mistake about it, despite its rather unromantic title ‘The Tony Allen Experiments‘ isn’t an umpteenth exercise in style or abstruse collection of studio jams merely relying on the notoriety of the artist it actually pays tribute to. Extending the wide-ranging savoir faire of illustrious afrobeat and fusion pulse-machine Tony Oladipo Allen with a fresh blend of retro-laced and path-clearing vision, Nu Guinea‘s debut long-player stands as an original creation in its own right.

In fact, the album’s structure digresses quite radically from Comet‘s ‘Afrobeat Makers‘ series’ previous opuses in both style and execution. Bedizening Allen’s euphoric drumwork within a multi-layered kaleidoscope of italo-howling synth rides, acid-funk swells and spaced-out lasers exploding into a glaring constellation of bleeps and bloops, the Neapolitan pair intrepidly continues its top-to-bottom exploration of retro-futuristic themes and cosmic Afro-funk tropes a la Beppe Loda.

Warm rhodes riffs and long-legged laminas of Jupiter 6 collide in a jouncy big-bang of spaced-out distortions and relentless FX-drenched psychedelia. The integration of Allen’s poly-flavored drum sequences makes absolute sense as it shifts from focus to vanishing point without the samples ever feeling implemented by force ; be it on the quirky halftone groove of ‘Statis (Calm Before The Storm)‘ or the actual arpeggiated bass tornado of ‘TA-Storm‘, it’s all a matter of subtle chemistry.

On the captivating ‘Open Paths‘, Allen’s drums beat a samba-friendly pulse whilst mind-invasive organ stabs and hooking piano notes drop like rainbow shards over dried-out, yawny pads. Di Lena and Aquilina focus on the off-beat groove quale of their tunes, staying afar from any ready-made kind of hip-hop sampling style but well building up finely-arranged compositions around what does definitely not sound like pre-existing bits but fully-fused vitals.

Like the throbbing heart that irrigates each and every of these cuts, breathing life and movement to Nu Guinea’s inch-perfectly calibrated melodies, Allen’s drumming couldn’t find a more ideal setting. Through the magnificent ‘NG Theme‘ and its stunning use of vocal modulations – from short gashes to lengthy choirs, or on the funk-blazing downtempo closer ‘The Sun Returns‘, Di Lena and Aquilina’s tune-making probably finds its most outstanding outcome, nailing what feels like the best of possible homages.

The Tony Allen Experiments is out now, order a vinyl copy from Juno.