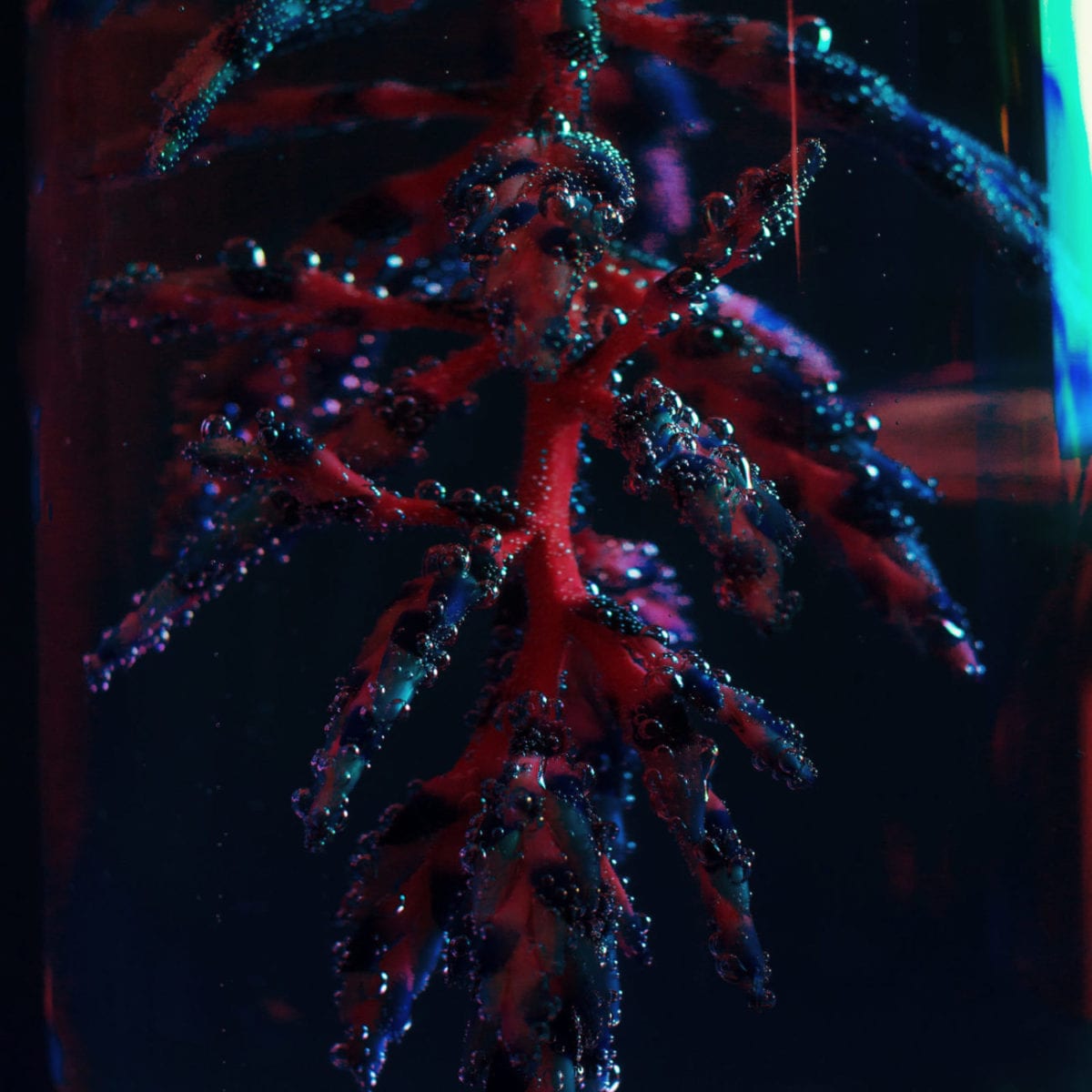 Four years on since the release of his debut album ‘Flatland‘, Berlin-based producer Objekt returns with his sophomore long player ‘Cocoon Crush‘, marking the 97th release on PAN and Objekt’s most experimental release to date.

What TJ Hertz is able to achieve in the studio is the result of an infinite quest into exploring all possible corners of music creation. ‘Cocoon Crush‘ pushes the boundaries of experimentation even further than his previous album. It might be quite challenging at times, but what is on display here requires an entirely new lexicon to decipher it.

Multiple textures and frequencies interlace one another, uncovering new details with every listen. Objekt’s expertise makes machines sound so vivid and organic that they appear to be the unadulterated expression of a natural environment. Not a nature we’d be familiar with, but one from a remote and obscure planet afflicted with sub-zero temperatures and monstrous inhabitants – something between a sci-fi movie and David Cronenberg’s take on William Burroughs ‘The Naked Lunch‘.

‘Lost and Found (Lost Mix)‘ sets the tone for a dazzling voyage. Violins fuse with artificial drums whilst the background is enriched with countless details. ‘Dazzle Anew‘ complements the opening track, with the violins being traded in for a sweet chord instrument resembling a sitar as the drums gain intensity. ‘35‘ is certainly the album’s most accessible section; a warped voice lingers above the breakbeat drums whilst the descending bass of an out-of-tune guitar is finely offset by a delicate and relieving melody – a rarity in this LP. Meanwhile, clinking sounds randomly gambol across the track, giving it a proper luminous sheen.

Rhythmically speaking, ‘Cocoon Crush‘ is relatively slow. In terms of intensity most of the time there’s a gap between the sharp and resolute drum hits, resulting in fragmented listening where the integrity is preserved from the myriad of sounds wisely arranged in the background. In this regard, abrupt changes of speed and direction – made of sudden stops and reboots – are a common procedure, creating a feeling of suspense immediately swept away by a sense of subsequent re-acceleration.

‘Silica‘ is a beat science masterpiece. Sound elements are so realistic they almost take a tri-dimensional form as they leap out of the speakers. It lacks any landmark or clear structure, and is overall quite hard to wrap your ears around; still, it’s a mysteriously captivating and enjoyable cut. As with other tracks on the album (see ‘Nervous Silk‘ or ‘Rest Yr Trouble Over Me‘), ‘Silica‘ has some sort of cinematographic genius to it, being evocative to the point it almost spontaneously prints associated images upon your retina as the sound unfolds.

The section that follows is the albums most lilting part. ‘Runaway‘ is a slo-moving jam that starts off as an ambient piece and ends in a chaotic and boisterous drum crescendo. ‘Secret Snake‘ is the only track on the album to answer a recognisable and vaguely regular construction – without for all that being any less original or surprising. Near to four minutes of a fabulously orchestrated concert of rubbery sounds precedes the entrance of a buoyant synth lead which lightens the atmosphere.

‘Lost and Found (Found Mix)‘, the negative version of the opening piece, loops the loop in a spectacular manner. It may actually be the most significant track on the album, and it entirely alters the emotional interpretation that you may have given to ‘Cocoon Crush‘ up until this point. Ethereal and triumphant in a way that seems to overturn the sense of alienation generated that far, it bears a liberating feeling that offers a wholly different perspective on the album, as if all the feelings of fear, insecurity and anxiety were, after a strenuous effort, finally behind.

Cocoon Crush is out now via PAN. Order a copy from Bandcamp.