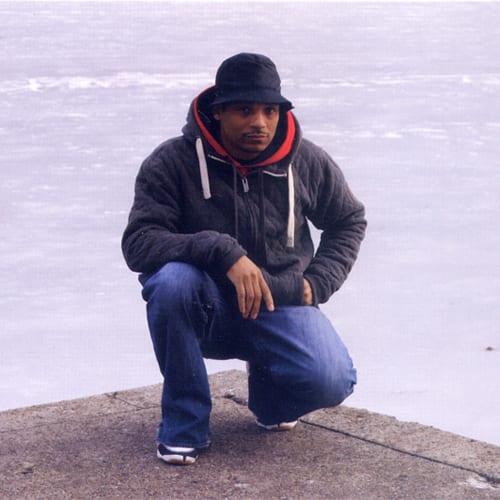 ‘It Can Be Done But Only I Can Do It’ asserted the brash title of Omar-S’ last album. While the message showed a self-conscious arrogance more at home in hip hop than house music, there’s no denying that Omar-S and his FXHE label have something special going on. Alex Smith, who records as Omar-S, seems to have settled down since then, as his new album’s statement of tongue-in-cheek gratitude is matched by music of rare confidence and flexibility. His no-nonsense approach to dance music is quickly becoming the stuff of legend as Smith fuses Detroit’s house and techno lineages into superb analog jams, releasing them at an astonishingly prolific rate. After spending a bit of time with his latest, you’ll likely come out thinking that only he can do it, and you might just want to give yourself a pat on the back for letting him be himself, too.

Unlike his motor city cohorts, Smith has long steered clear of the jazzier and more experimental fringes of house music, always prizing the holy groove above all else. While his confidence may be well established, Omar-S has never sounded as versatile as he does on this LP; indeed few will be expecting the sound of the opening track. After a typically humorous introductory skit, I Just Want gallops into view with a tough kick and urgent synthwork that sounds as Berlin as it does Detroit, the heaving 4/4 fused to submerged vocals and razor-sharp hi hats. Nor is this the only point where Smith contemplates darkness: later the abstract assault of Hellter Shelter drenches a locked groove in Actress-like layers of distortion, while percussive curio Tardigrade’s stumbles along, adorned only by a shifting field of drum patterns.

Despite these nocturnal experiments, fans of Smith’s low-slung funk will not go away empty handed. Third cut Air Of The Day is classic Omar, an airy melody breathing life into crystalline beat patterns and filtered synth notes. Smith’s talent for injecting an edge of sleaze into classic house structures is storied, and the rude stabs that take over the track’s final minutes will get even the most frigid dancefloors a little sweaty. It’s immediately followed by the warm sounds of Be Yoself, a more laid-back affair where a descending bassline plays host to echoing claps and an ever-shifting ambient hum. These are all gems in their own way, but perhaps the album’s funkiest moment comes later in the form of the irresistible Amalthea, as a shimmery melodic loop draws ever nearer over a satisfying bass bounce and sharp claps.

Some of the album’s smoother moments are just as impressive. After the success of last year’s S.E.X and Tonite, L’Renee lends her gorgeous vocals to Rewind, which would sound a shoe-in for 90s RnB if it weren’t for the impressive tweaks that keep the production interesting across the seven minute runtime. Smith gets lusher still on beautiful closer Its Money In The D, where a ricocheting beat pattern lays the ground for a surprisingly delicate array of jazzy chords.

It’s a great journey, but there will surely be a few asking where they can find this album’s standout, where’s its Here’s Your Trance Now Dance? Two highlights emerge, not least the stunning (almost) title track, Thank U 4 Letting Me Be Myself. Here Smith offers an intoxicating blend of stuttering bass notes, crisp percussion and shimmering synthwork that’s nothing if not airy and upbeat. The other standout is undoubtedly the superb The Shit Baby, where a darker groove is complimented by scene-stealing piano improvisations courtesy of D. Taylor.

While previous Omar-S LPs have felt more like compilations than albums, and Smith never ventures anywhere near an overriding concept, many of these tracks are enhanced by their neighbours, and the album proves a notably coherent listen. As such, some may feel that the 80 minute runtime, emphasised by Smith’s lack of real structural development with the tracks, is a tad excessive. Indeed, the album begins to droop as its second half offers fewer highlights, but it never truly falters. There are a lot of great tracks here, some merely good, but few of these tunes will disappoint.

It’s hard to pin down exactly what makes Omar-S’ music so special. Maybe it’s those big, irresistible drums. Maybe its his impressive distillation of Detroit’s musical history, which he accomplishes without ever losing track of his distinctive voice. It seems most likely, though, that it’s his no-nonsense approach to his music. Omar-S makes songs for people to dance to, they are pure simplicity itself. In what is perhaps his best album to date, he shows all the pretenders the lofty heights that can be scaled accompanied by only beats, bass and synths.