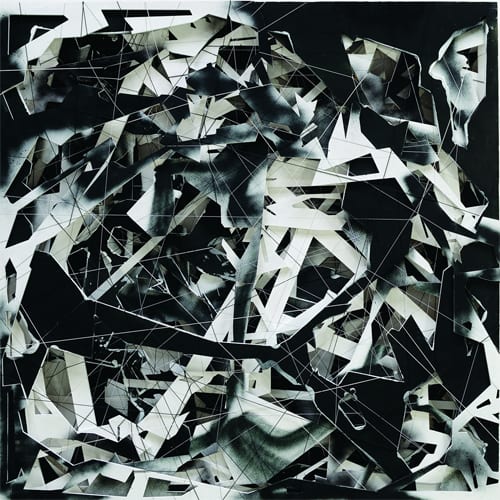 Delta Funktionen‘s Traces marked one of last year’s most respectable techno long players. On his debut album Funktionen, known to some as Niels Luinenburg, evoked an ancient glory which was nevertheless fresh and witty, grounding strong techno elements in his distinctive artistic voice.

After almost a year he’s back, and while the Sun Storm 12” only contains one original production, it’s still more than worth your time. Sun Storm is a 9-minute slice of Chicago house, enveloped in tense background effects and cadenced drum patterns. It builds slowly, taking time to create a mood of scientific sensation. Yet still the atmosphere conjures a fear, rather than an understanding, of the unknown. It perfectly captures the moment where a sci-fi film suddenly turns into a horror flick. The advancing 4/4s pose a constant threat, not even allowing the respite of a breakdown. The track’s title is particularly apt; as the track ominously narrates a vast, nameless threat.

The flipside takes us back down to earth. First up Blawan and Pariah remixes Onkalo under their Karenn moniker. Though their sound sometimes strays too close to formula, the transformation is brutal enough to allay any concerns. A heavy stomp transposes Funktionen’s sound to the darkest basements; it needs nothing more. The EP’s closer is Challenger, which marks its first outing on wax, despite its inclusion on the digital and CD editions of Traces. Compared to what came before we find ourselves in serene territory, which is nevertheless undermined by Funktionen’s rigorously academic take on electro styles.