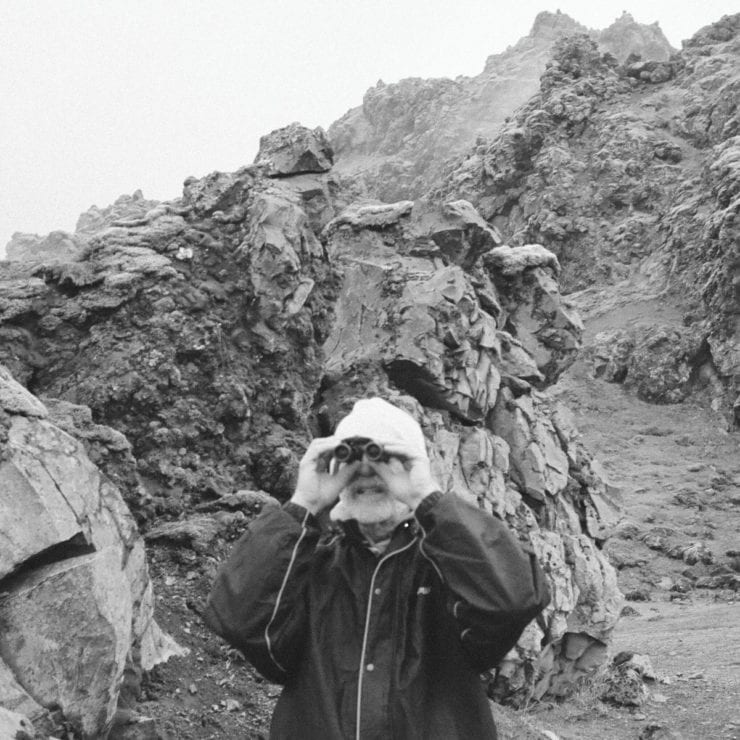 Advocates for a productive lifestyle are on the rise. As the world’s typical amenities dwindled and the majority of its population became bound to confinement, an upsurge in the need to keep busy was inevitable. This pressure can be overwhelming at times, but New York musician Evan Shornstein aka Photay is here with his third album to spotlight the importance of stillness.

The United Statesman is a drummer, DJ, producer and composer hailing from the placid valley of Woodstock in New York. The ‘Photay’ guise was borne after Shornstein’s excursion to Guinea in West Africa, where he was exposed to the polyrhythmic percussive practices that have laid such fertile foundations for elements of jazz, funk and electronic music around the world. Photay was the nickname locals branded him during his visit — a term used by speakers of the localised Guinean language Susu, directly translating to ‘white boy’. Soon after, his debut record and its followup were labelled to long-standing New York and Philadelphia imprint Astro Nautico, who offer a span of all-genre experimentalism sounds.

‘Waking Hours‘ finds its home in Mexican Summer, a stronghold for experimental pop and indie music that has hosted the likes of Kurt Vile, Connan Mockasin and Weyes Blood in recent years. This leap signifies an evolution rather than a directional shift in Photay’s aural identity: the weighty, tactile experimental sound design that was centre-stage in his early releases is now laced (rather than replaced) with elements of uplifting pop and soul music.

This juncture is evident in ‘Is It Right?‘, a glistening cut that colludes an IDM beat with a pop-cum-soul ballad vocal blend. Initial squelches and glitches wriggle around in a rough rhythm before Shornstein’s own vocals overlay with a pop melody. As it progresses, a gorgeous Spanish guitar/harp sound encores the track to a confusingly beautiful conclusion.

To the IDM fanatics that are adamant that pop elements don’t belong in this neck of the woods — Photay simply doesn’t care. The producer, who states this record is about “celebrating your existence” and “finding comfort in just being”, is exploring the lure and subsequent freedom of simply being grateful to be alive. This record is Photay dismissing the self-conscious pressure that we often feel to productively fill our waking hours.

The existentialism that lies at the roots of this album solidifies with ‘Fanfare For 7.83 Hz‘, an emphatic five-minute experimental medley. Early hi-hat triplets and cloudy synth chords paint a tranquil scene that morphs and mutates into an off-kilter and anxious banger guided by gliding sounds known as ‘Shepard Tones’. Photay is using this deceptive theory to create the illusion of notes that are continuously rising.

On top of this, the track’s title references a low frequency of sound known as the ‘Schumann Resonance’, which is speculated to be optimal for creativity and relaxation. Photay’s decision to marry anxiety-inducing music theory with occult principles forges a stunning aural juxtaposition.

Sixth track ‘The People‘ is a crunchy, bassy groover with funk-ridden, darting synth patterns accompanied by Photay’s own vocals. Valiant backing vocals and modern pop trumpet riffs give the track a soulful energy that seems far from some of the splintered, glitchy cuts before it.

Photay’s poppy penchant appears thematic on Waking Hours, with eighth track ‘Pressure‘ conjuring up similarly buoyant grouped vocals. “Spending the day as I should/Got purpose/Not worthless/Are you busy?” Photay is pondering over the pressures of internal dialogue; he sings these musings with a blissful ignorance that trivialises the meaning of such queries in the first place.

One inevitable by-product of relaxing the usual structures of genre is a regression in sonic consistency. Entries such as ‘Change In Real Time’ and ‘EST‘ act as transit sounds rather than unique tracks. These ambient exhalations are moments of respite from such musically rich surrounding songs. Although this makes the ride smoother, those that accuse Photay of filling the gaps here could be forgiven.

Waking Hours faces up to the context of unsolicited stillness that many face across the world right now. It contains moments of triumph and good-will, troughs of ambient lulls and a complete dismissal of normality. Yes, this reflects a lack of consistency: but, seemingly, this is the price you must pay in order to produce a dazzling musical incarnation of our world’s current affairs.

‘Waking Hours’ is scheduled for release 12 June via Mexican Summer. Order a copy from Bandcamp.