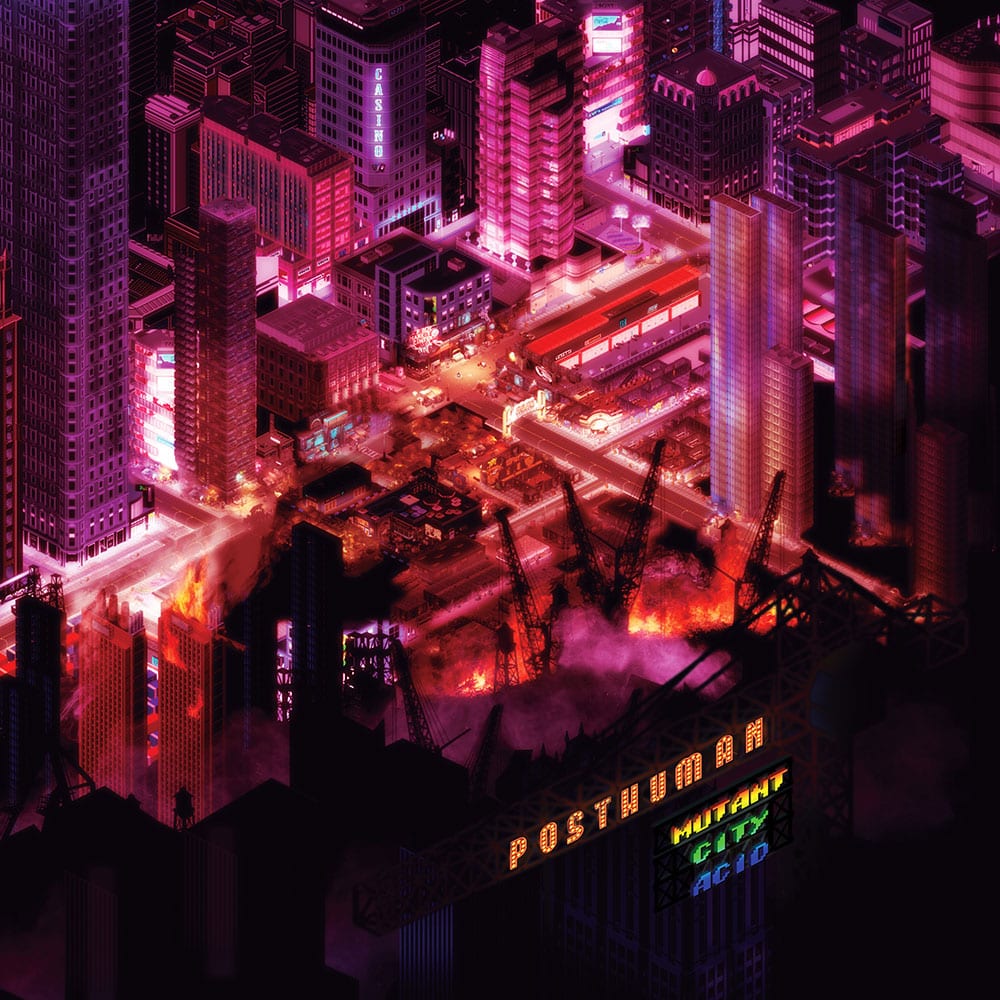 In an alternate universe where Inverted Audio is king and we can award MBEs for services to the dance music underground, Posthuman would be top of the pile for the first.

With ‘Mutant City Acid’, however, the reward is on us as Posthuman deliver some of their finest work to date. Created as soundtrack to a mythical dystopia called New Reno City, the album is replete with nods to ’80s and ’90s computer gaming and sci-fi including Fallout, Bladerunner and Ian M. Banks. 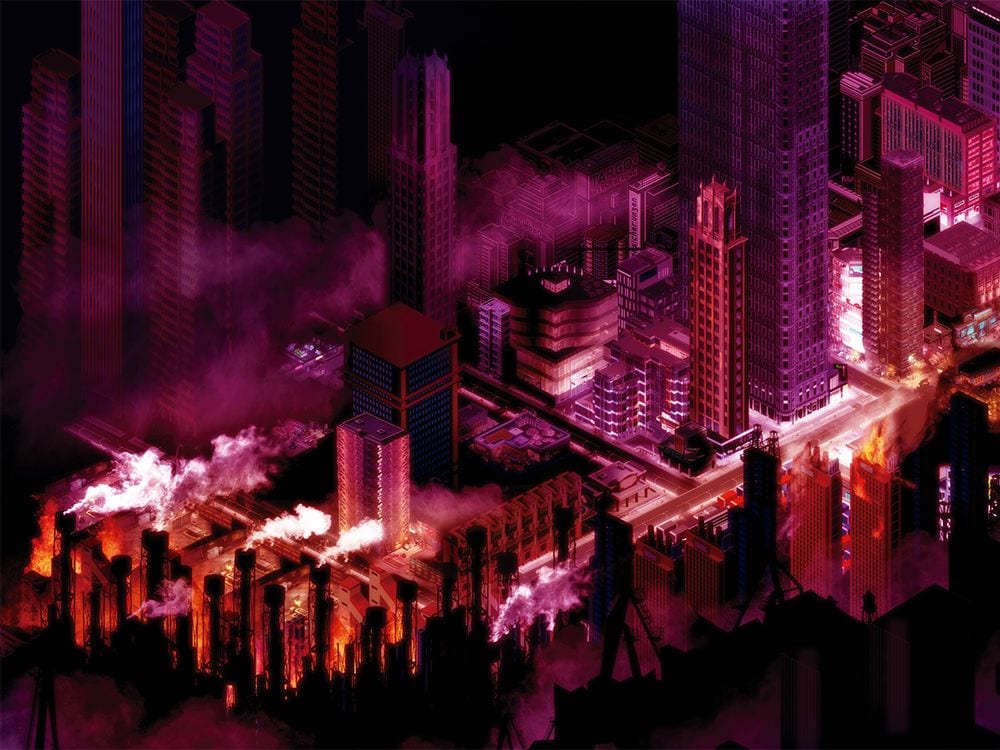 Supple 303 lines squirm and wriggle, crawling across neon lit cityscapes as melancholic pads hover and shimmer above. With “Nightride to New Reno” we enter the city, accompanied by dark pulsing acid. The album follows a loose narrative arc, using New Reno to hold a mirror to our own planetary problems of climate change and the Anthropocene age.

“Once Was” utilises lachrymose melody to create a theme of denuded environment, “Gods of Technology” and “Junk Bonds” hint at human ability to create instruments both extraordinary and ludicrous. Hints of hope emerge in the chord structures of all these tracks yet the wonky acid of “Abuskan Controls” leads me to investigate a Halo territory of the same name, whose occupants became a symbol of human resilience through reestablishing once rich farmland on the planet. All hopes are dashed, though, as these guys were eventually plasma bombed out of existence.

This leads us to our premiere of the propulsive “Transit System Error” where a snaking 303 morphs its way through a metallic futuristic landscape. Is this really the future we’ve got to look forward to? Well, if there is acid, a punchy sound system and music as good as this, perhaps we won’t mind.

If you are lucky enough to track it down, the double pack LP comes with randomised coloured vinyl created by randomly mixing the vinyl colour pellets during the pressing process – translucent, marbled, streaky….each piece is completely unique. For the even luckier few Posthuman have also created a brilliant ambient version of the album, distilled into two 30 minute takes and available on cassette only.

Discover more about Posthuman and Balkan Vinyl on Inverted Audio.