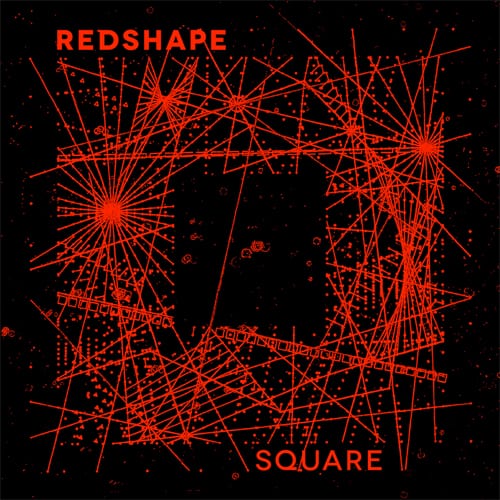 Unlikely relationships in electronic music are nothing new. Even so, Redshape’s continued appearance on Running Back still comes as something of a surprise. On the one hand, there’s the Berlin-based techno protagonist, a man famed for his eerie red mask and records on notably discerning imprints such as Delsin. On the other, Gerd Janson’s label is one that’s at the forefront of modern house music, with ubiquitous releases such as “Ragysh”, “Snooze for Love” and “Gin Nation” testament to the fact.

While the latter three are hardly in line with Redshape’s “typical’ output, this is still an artist-label marriage that’s hardly devoid of quality. At this point, staunch fans of the producer are likely to point to his On da Floor EP, his maiden appearance on the label and one that was enveloped in even more dexterous and unnerving tones. While the latter saw Redshape tone matters down a slight notch, it also preserved (and manipulated) his almost peerless ability to create bleak yet welcoming sound-spheres. His last release, “The Land” seemed to further emphasise this sudden changing of the tides, although the overall consensus of his latest LP, Square, is of a producer keen to make music on his own watch rather than one keen to fit a certain label aesthetic.

That said, even the title neatly conveys the sense that Redshape is now looking toward less oblique and more rigid strands. Still, the LP is one that’s far from conventional or predictable, with a wide array of moods abounding throughout. Melancholy melodies for instance, play a pivotal role, as the likes of “Departing”, “Landing” and “Orange Cloud” offer welcome respite to the album’s more frenzied moments.

It is however, the aforementioned frenzied moments that provide the key talking points. And there are quite a few too. The static electricity/bird-like idiosyncrasies of “Atlantic”, the energy laced sounds of “Enter the Volt” and the paper cut sampling joys of “Paper” all point to an eccentric approach, but one that is more concerned with stellar production than a novel approach. The choicest cuts mind, arrive in the mid-point via “Starsoup” and at its culmination, the Square version of “The Playground”. Both occupy the sort of territory typically inhabited by artists such as Deetron and Paul Kalkbrenner, as they’re crafted in the sort of chugging, 8bit/techno/house vein that the aforementioned duo have proved a dab hand at in times gone by.

For want of a better description, Redshape – like his sometime partner Martyn – is a man as comfortable playing in Berghain as he is in Panorama Bar. He’s an adept and eclectic producer, a man unafraid to take risks, and one who’s not fazed by tradition or conventional practices. Those amongst you keen to adopt a similar outlook are sure to get their full worth out of Square. Treasure his type, because they’re a rare commodity.