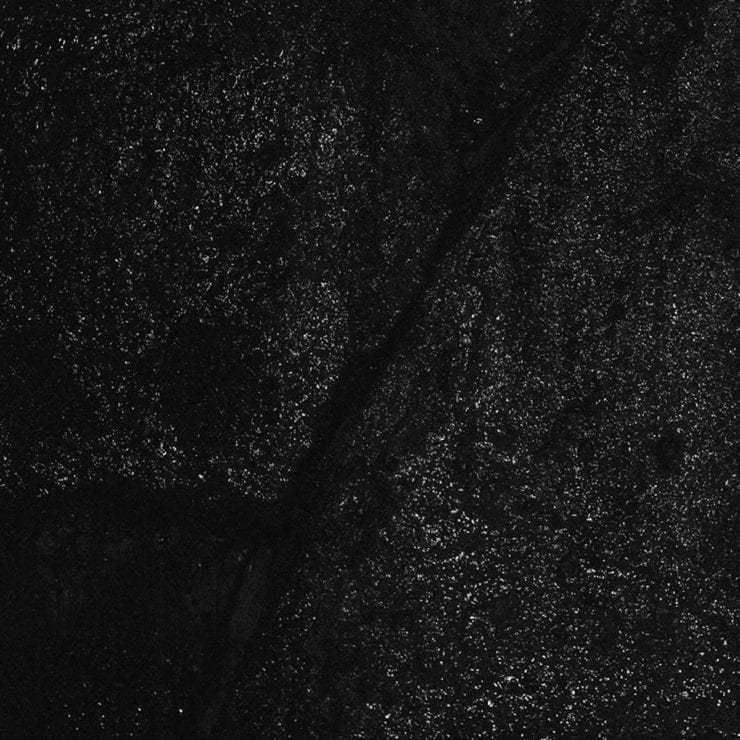 This year has seen a decided turn towards the murky on the dancefloors, but the very best LPs of the year have shown in an interest less in outright darkness, and more in deconstruction. I’ve been following Vessel, aka Sebastian Gainsborough, with some interest since his first releases; warped creations that incorporate dance tropes to get at something more raw than the club; the seething underbelly of techno and dub where things don’t stick to a comfortable 4/4, frequently pitting dramatically different sounds and moods against each other in the space of a single track.

Now on his debut LP for Tri Angle (who keep bringing the goods, despite the hype), Vessel’s unique music shines brighter (well, darker) than ever, and with this release he has crafted one of the years most startling and fascinating albums so far.

All the tracks on Order of Noise feel like creatures; monsters crafted from twisted metal and burning oil that shift and mutate organically before your ears. The word techno can be applied only in its loosest possible sense, as Gainsborough attacks classic techno tropes with harsh blows of dub and noise, as well as twisting them to sounds resembling post punk and occasionally even IDM; these dense, syrupy tracks defy concrete structure, let alone easy labels.

If this is all sounding difficult and disorientating, it’s worth impressing how listenable and thrilling an album this is. Each track is deeply atmospheric and offers an unusual amount of surprises, from the grumbling bassline and crystalline synth intrusions of Aries to the whooping, unstable synths of Images of Bodies that sweep over a deep, dubbed-out bassline.

There is a vast amount to admire in the complexity and overpowering mood of Gainsborough’s productions, and the variety of exploration into his sonic netherworld makes it hard to pick favourites. Even so, some tracks burn especially bright.

Silten is the first track that will get your attention by force, as deeper-than-deep beats look to hollow out your bass bins, with bright synths and soaring strings shining overhead. This track, like the superb late highlight Court of Lions, the closest Vessel goes to true club material, has a tangibly grand feeling to the synthwork that evokes atmospheres bordering on the religious, albeit twisted into metallic monochrome.

There’s a huge variety of sound on offer here despite the darkness; as mechanical clanking vies for dominance with iridescent synth sweeps and dubby basslines it can all feel a little overwhelming, but on repeated spins the sonic thread joining these disparate elements together becomes apparent. The occasional, subtle intrusion of human voices, generally warped beyond recognition, only highlights their absence, leaving these paranoid soundscapes to the machines and monsters the music evokes.

The preoccupation with dub hinted at in earlier releases gets a full showing here. Stillborn Dub is a harsh, ethereal journey into deep basslines and eerie atmospherics, while the unquestionably odd 2 Moon Dub takes a classic dub bassline away from its home, reconstituted as harsh static, surrounded by detuned melodies and sharp synth stabs.

I’m sure I’ve made it clear enough that there’s an awful lot to love here, but some of the album’s strongest moments remain unmentioned. The phenomenal Lache is dominated by clipped samples that shift under gurgling synths before it breaks away midway through, building dramatically to a stunning symphony of found-sounds that is perhaps the LP’s brightest moment. On the flipside is Scarletta, a paranoid and disorientating affair where the IDM-style beats never really settle into a comfortable pattern, while filtering synths and eerie mechanical atmospherics intrude and recede at unexpected intervals.

Although the individual tracks are fantastic, it’s as a whole that Order of Noise really shines. The songs often have tumbling intros as if they’re slowly coming to life, while the way the loops play out one by one as they close gives the impression of an album of tracks that have been lovingly wrought, and carefully constructed as a whole. There is a fractured coherence to Order of Noise that should keep you coming back to plumb its depths time and again, and there are few other albums from 2012 that I’d say are more worth your time.