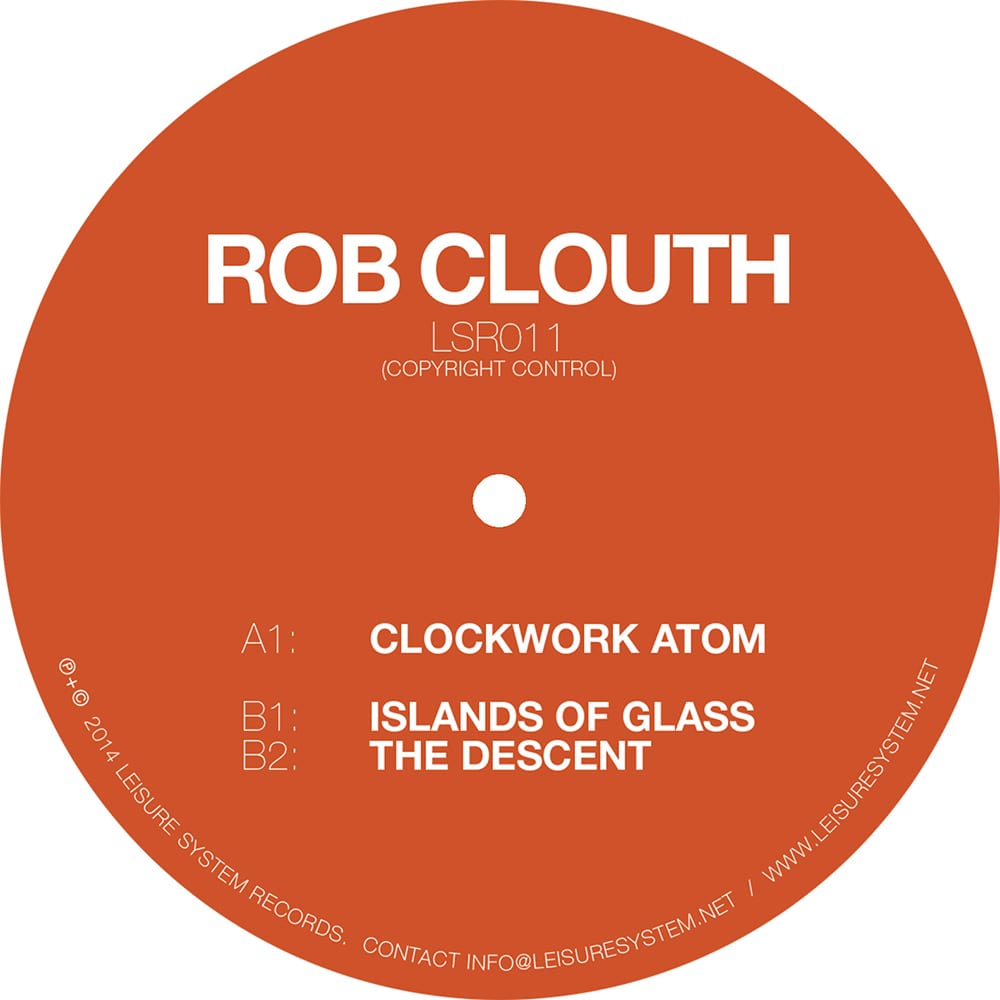 Rob Clouth is one of those infuriatingly talented technical types. Not content with composing electronic music, Clouth also manages to design custom binaural microphones and code experimental software alongside all manner of further wizardry including such oddities as a Harry Potter book generator.

There can be tendency for the highly technically adept to make music that lacks a certain soul. You know, it’s all extraordinarily clever and polished but there’s a certain something missing – lost in the machines and the ever evolving race for more complex permutations of sound.

There is, however, an even better tendency for these algorithmic explorers to generate some of the most exciting electronic music you are ever likely to hear, the kind which embraces precise production techniques without forgetting the emotive aspects of melody that make music so compelling in the first place.

Rob Clouth sits firmly in this camp with his Clockwork Atom EP further evidence that his productions are a force to be reckoned with. Since eschewing the experimental glitchstep Vaetxh moniker, this is his second EP under his own name. The first, for Traum, being a triumph of melody and technical prowess although it’s a slightly depressing testament to humanity that the title track of the EP received YouTube criticism for being a Daft Punk ‘Get Lucky’ rip off (EH?). Further disconcertion appears when you discover that by far the most popular Rob Clouth musical outing on YouTube is a video featuring Boots and Cats.

But let’s ignore all that from now on shall we? Is this EP any good? Of course it is. It’s got everything. Beautifully complex yet accessible melodies unfurl across “Islands of Glass” as a propulsive bass squelches subterraneously. The title track spans Max Cooper style spaces of experimental glitchy rhythms, complex progressions and a filthy mid track breakdown – it’s no surprise to learn that Clouth has recently been working closely with “Dr Cooper”. Finally we have “The Descent”, channeling a pretty fusion of Plaid, Autechre, Jon Hopkins and Amon Tobin. Fantastic stuff – more please.

Look out for our upcoming Leisure System competition, in which you can win a vinyl copy of Rob Clouth Atom EP plus a Leisure System T-Shirt. Follow Inverted Audio on Facebook and Twitter to find out first.