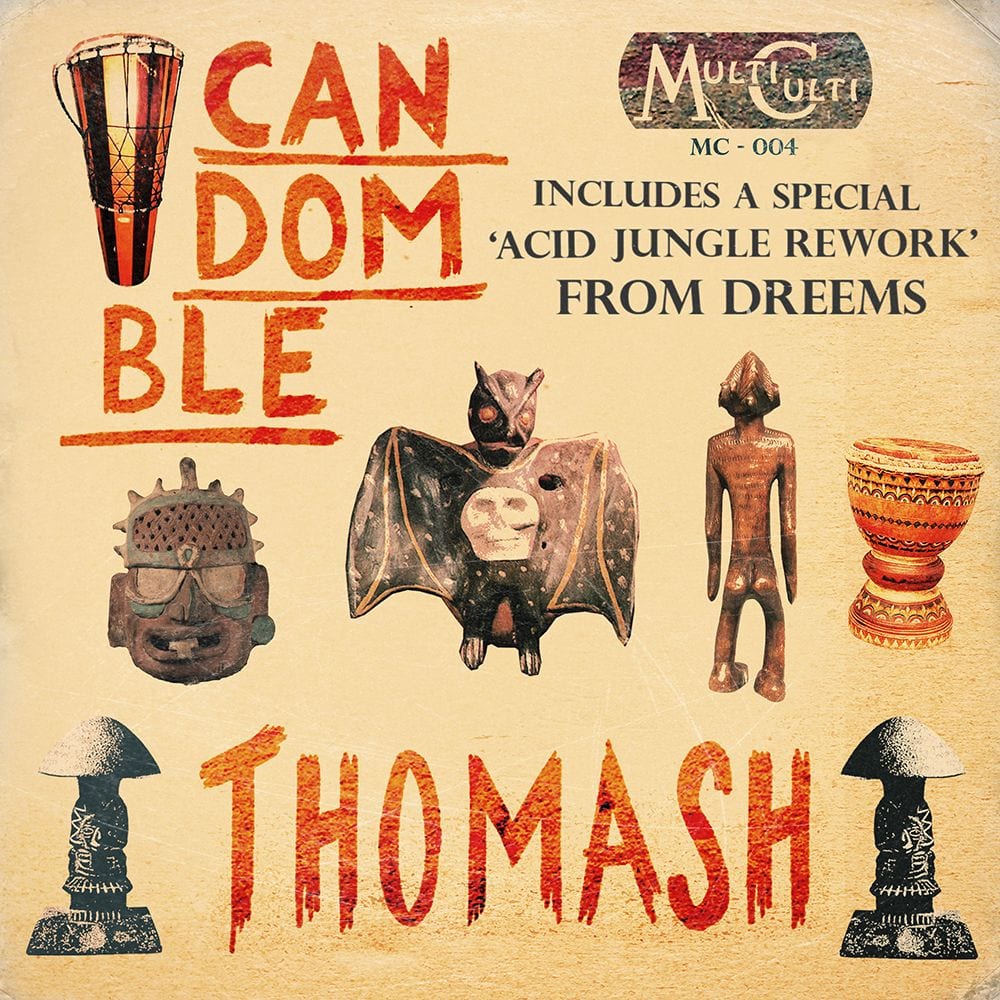 If there is one thing to strike a reviewer with stone cold terror, then it is the application of fusion. In the dance music world this often translates as your run of the mill track, except with with added congas for authentic flavouring. But in its very worst incarnation, it can also be a horrific excuse for a producer to embark on some sort of self-indulgent muso-roots journey, satisfying none other than its creator. Thankfully the team behind Multi Culti are proving to be a touch more knowing with their curation. Run in part by the team behind the rambunctious Turbo Recordings imprint, this release from Sao Paulo’s Thomash follows hot on the heels of an already excellent outing from Crowdpleaser.

There is a certain freeform wooziness that runs through ‘Candomble‘ that wouldn’t sound out of place coming from the Border Community collective. This is most apparent in the way the synths on the dub infused ‘Ectoplasma‘ and downtempo ‘Calango Fumando Palha‘ drunkenly bend, stumble and unexpectedly lurch in and out of view. Even though this betrays Thomash’s roots as those from Kompakt central in Cologne, the Brazilian core that provides the signature sound of the EP is authentic through and through.

Where you can visualize the sonics of Abbott and Holden emanating from a modular synth hidden beneath a nest of wires, ‘Candomble‘ sounds like it was sourced from the organic sounds of Brazil, be it the rainforest tones of the title track itself or the low key street café vibe of ‘Calango Fumando Palha‘, all harvested by Thomash and served up with a twist.

Fellow Multi Culti artist Dreems is pulled in to remix the title track, roughing it up with snappier snares, hi-hats and a final furlong dose of 303 acid for dancefloor purpose, losing none of its fluid trippiness in the process. It is this retention of context that ties off the EP perfectly, leaving you with a quartet of mesmerising works and a fine manifesto for the fledgling label.

Discover more about Thomash and Multi Culti on Inverted Audio.