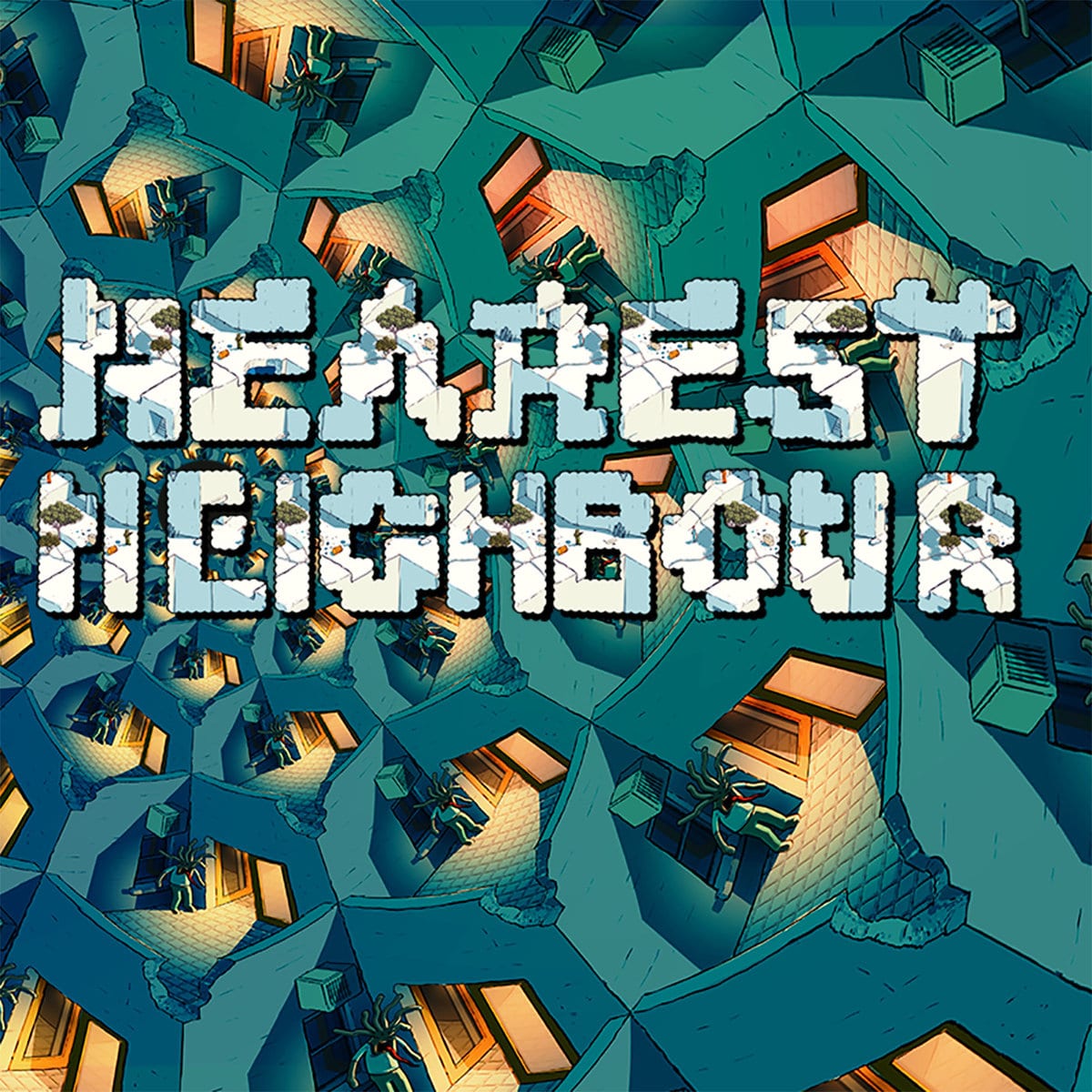 On 11th August Sculpture will release ‘Nearest Neighbour‘, an album and graphic novel package which shows the duo once again straining against the boundaries of what an A/V act can be.

Released on their own Tapebox label, ‘Nearest Neighbour‘ is London based music producer Dan Hayhurst and visual artist Reuben Sutherland’s first full length release since 2014’s ‘Membrane Pop‘ on Software Recording Co. It follows a string of EPs and singles that have propelled them through psychedelic field recording (Self Checkout Ego Death Westfield Stratford City) to full on untethered rave concrete (Zyprazol).

The graphic novel format pulls Sutherland’s visuals away from their usual spinning zoetropic prints. No longer produced for display on a constantly spinning turntable, his images have a greater sense of momentum by being allowed to evolve over the static page. Similarly, Hayhurst’s productions seem to point out to the cosmos more than before. 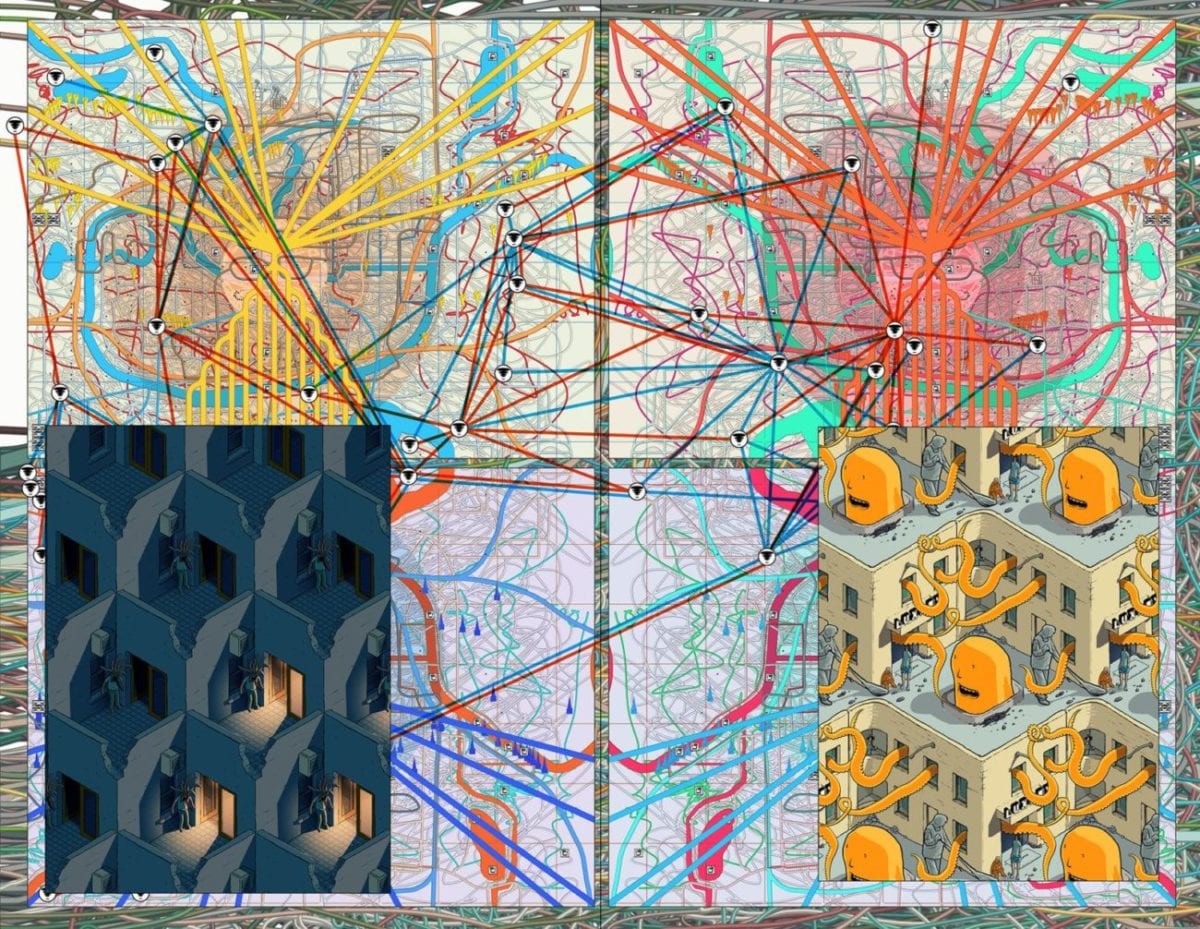 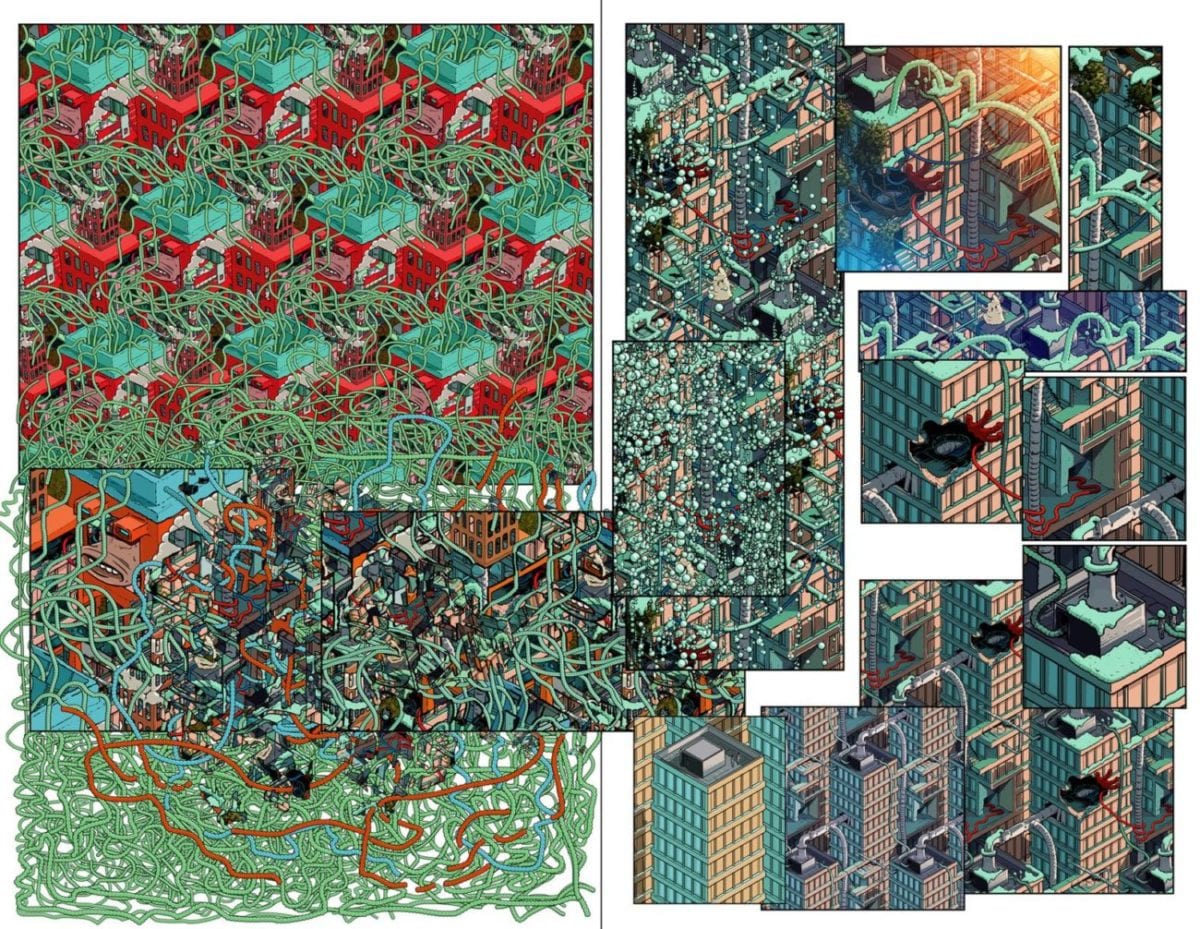 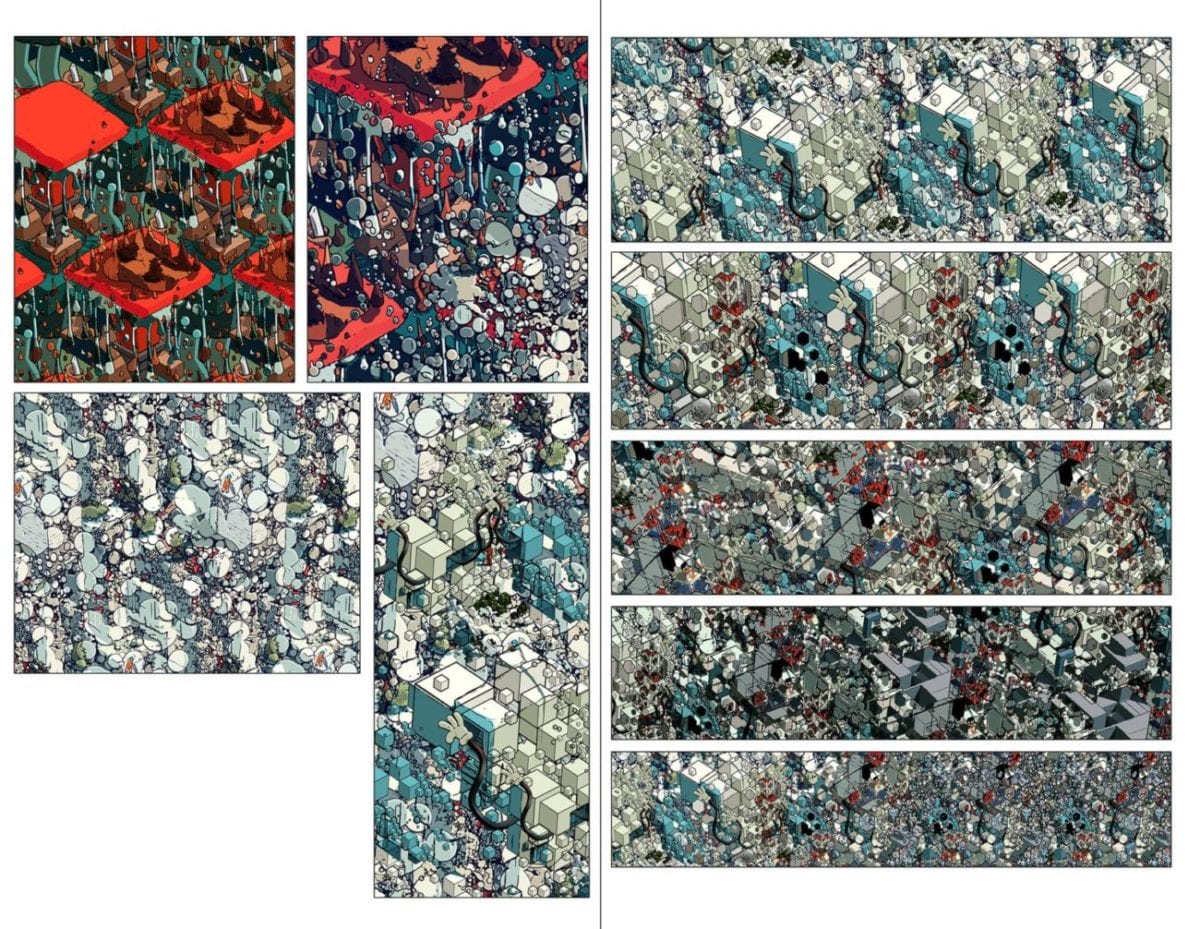 Like previous Sculpture releases, the mix of analogue and digital audio sources in the production make the music feel like it’s both soundtracking and rebelling against the world of planned obsolescence. But more intricately composed structures and the addition of warm synths mean each piece has more space to develop than on the more frantic earlier Sculpture releases. This, in turn, allows the richness of the sound design to really shine through.

Our pick, ‘Nite Flite‘ is a case in point. The four to the floor kick and acid gurgle to the bass line quickly set it out as the most dance floor friendly track on the album. The addition of a warm synth pad meanwhile, forefronts a pop sensibility to Sculpture’s music that is usually hidden in the background. Subtle sound manipulation means the track is never allowed to become truly predictable.

‘Nite Flite‘ could be the Saturday daybreak soundtrack for the journey home from the club. But the smooth night bus home’s stopped early and you’re forced to stumble down side streets and witness the market you visit every weekend set up around you. The experience isn’t exactly what you expected, but it’s probably more rewarding for it.

Nearest Neighbour is available in digital and cassette format on 11th August. Order a copy from Bandcamp.