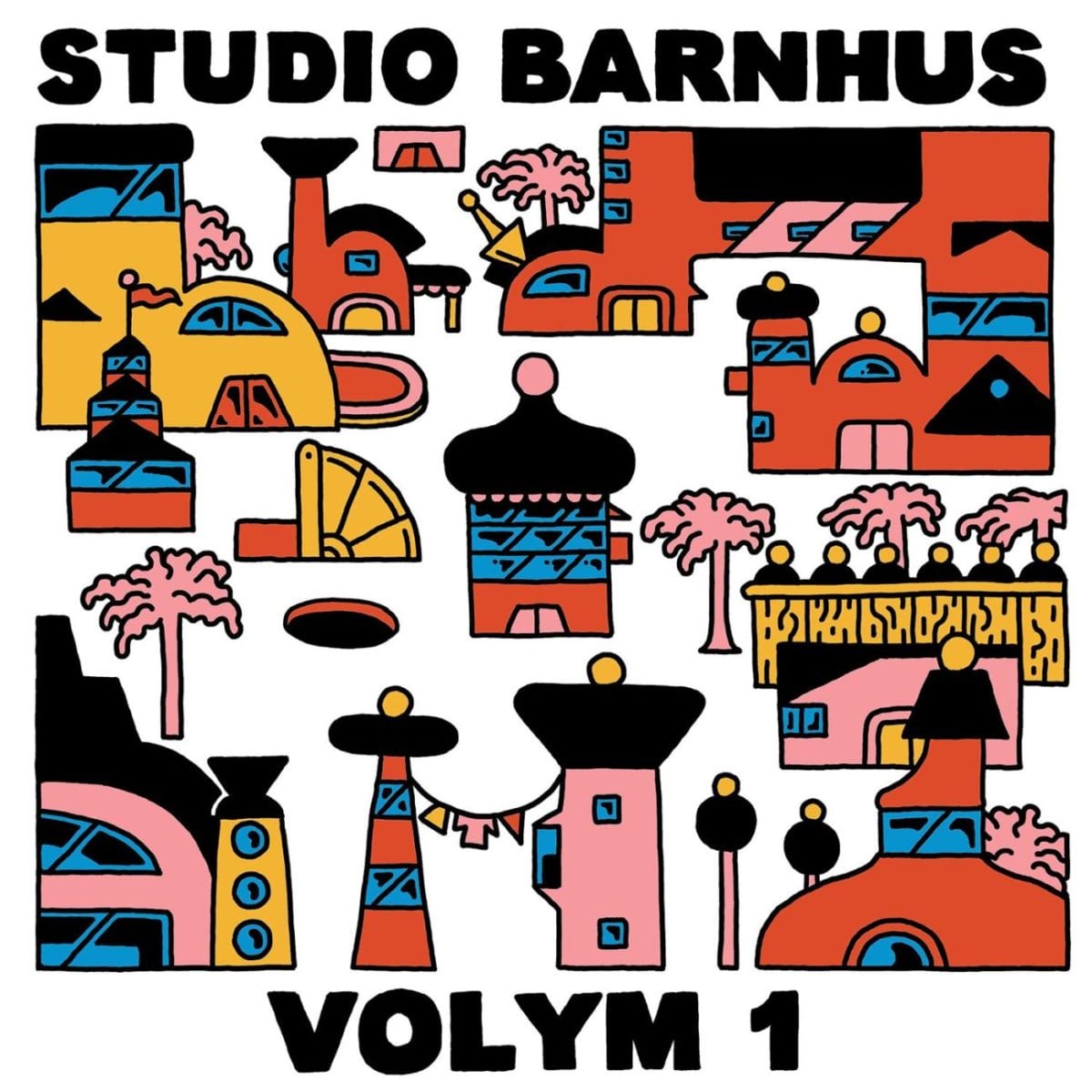 Comfortably seated in their own colourful bubble, Studio Barnhus have been bending musical genres ever since their first release dropped eight years ago. Not only did the Swedish imprint prove to be one of the most innovative labels to emerge in the house music panorama in years, but just as deftly strived to join the dots between avant-garde sounds and pop music tropes.

On the occasion of the label’s first ever compilation, Axel Boman, Kornél Kovács and Petter gathered a mind-boggling team made of new faces as well as label stalwarts, including DJ Koze and John Talabot. If any of the artists rotating around Studio Barnhus’ ample universe was capable of delivering proper diverse and high-quality works individually, it was easily foreseeable that a release made of 19 tracks from as many different artists would have ended up a dizzying rollercoaster. What came out instead is a quintessential representation of Studio Barnhus quirky, carefree and joyful sound – nothing less than a treasure for the lovers of the Stockholm label.

‘Studio Barnhus Volym 1‘ transcends the borders of dance music by embracing different forms of inspiration; so it happens for instance that Baba Stiltz – surely not one new to melting multiple genres together – in one of the compilation’s many highlights, delivers a tune resembling a rock ballad, adorned with a lazy, deep vocal and vibrant electric guitar solo. Meanwhile, Qaadir Howard’s ‘Bloodied and a Mess‘ wouldn’t sound out of place in the Billboard Hot 100, as half-Swedish, half-South African group Off The Meds offer up a captivating combination of hip-hop and house.

Lukas Nystrand von Unge’s ‘sans titre’ is made of a tender melody undergoing an abrupt acceleration when in the middle of the track a breakbeat drum briskly barges in. Koze’s contribution, ‘Hawaiian Souldier‘ is a lushly psychedelic, tropic-ready composition that melds weird sounds like a ukulele being played on acid, as glitchy swishes stand in for the sound of the waves. Towards the end of the track, a female voice suddenly reveals: ‘There’s something I’d like you to know’ – yet, that something remains veiled, enhancing the exotic and mysterious aura of the track, which evokes far-off, blurry landscapes.

As dreamy and poetic as it is, Kozalla’s cut is – of course – not the only one to bring that lax, ambient-leaning vibe to the collection. Talented Swedish producer Pedrodollar re-created similar atmospheres in ‘Reality World‘ – incorporating a tambourine to further reinforce the joyful flair of the track. A comparable approach is to be found in Thomas & Jonas ‘Lågsäsong‘ and in Whispers Beirut’s ‘The Champion‘, while ‘Stone Walk‘ from Moonilena provides the album with a low key, meditative last stretch.

Together with Baba Stiltz ‘L.O.V.E.‘, other tracks are exposing the pop-sensitive side of the label, like ‘Forgot About You (Piano Version)‘, which – as most of the other tracks on the album – is as seemingly fluid and simple in its structure as it is capable of printing itself deep in the listener’s mind. Lisa Milberg and Jon Bergstorm sing about the end of a relationship, simulating a speech between two ex-lovers, while Axel Boman arranges a fine mixture of piano and violins – mothering what sounds like the beatless version of a house music anthem, with an extra summertime, bluesy breeze to it. Similar delicate melodies flow through ‘Night Fantastic‘, ‘What Road‘ and ‘boyboy‘ – all of them electronic pop ballads enjoyable to a wider audience. Superpitcher’s ‘La La La Land‘ is a surprisingly essential combination of a minimalist drum, guitar and kids voices singing.

Also, there’s no shortage of four-to-the-floor here, provided by some of the compilation’s heavyweights. Kornél Kovács ‘On Roofs‘ follows on the tracks of the album’s overall light-hearted mood, creating joyous melodies with finely-sliced vocal samples, giving quite a high-powered dynamism to the track, while John Talabot’s ‘The Change‘ is a deeper proposition of a cut, where a motivational speech is being surrounded by a whirlwind of bleeps and FX-drenched sounds. ‘WinWin San‘ from Sofia Kourtesis is another track that perfectly exemplifies the label’s very genome: cheerful musicality and tambourines are here opulently enriched by an audacious and sophisticated flight of minutely-arranged sounds and samples.

While ‘The World is A (Disko Dub II)‘ is probably the most heavily dancefloor-oriented track featured on the album, lightly touching the domain of techno, Axel Boman – i.e. the only artist appearing twice on the record – gets his hands on Adrian Lux ‘Teenage Crime‘ for what’s the only remix of the release. The result is a slow, percussive, acidic tune, where ravishing vocals are playing the main role, with a special bonus point for the way the ‘All my friends in the loop‘ vocal part pairs with the rhythm of the track – which is as beautiful as it is satisfying. A feeling that actually mirrors and echoes throughout the whole compilation itself.