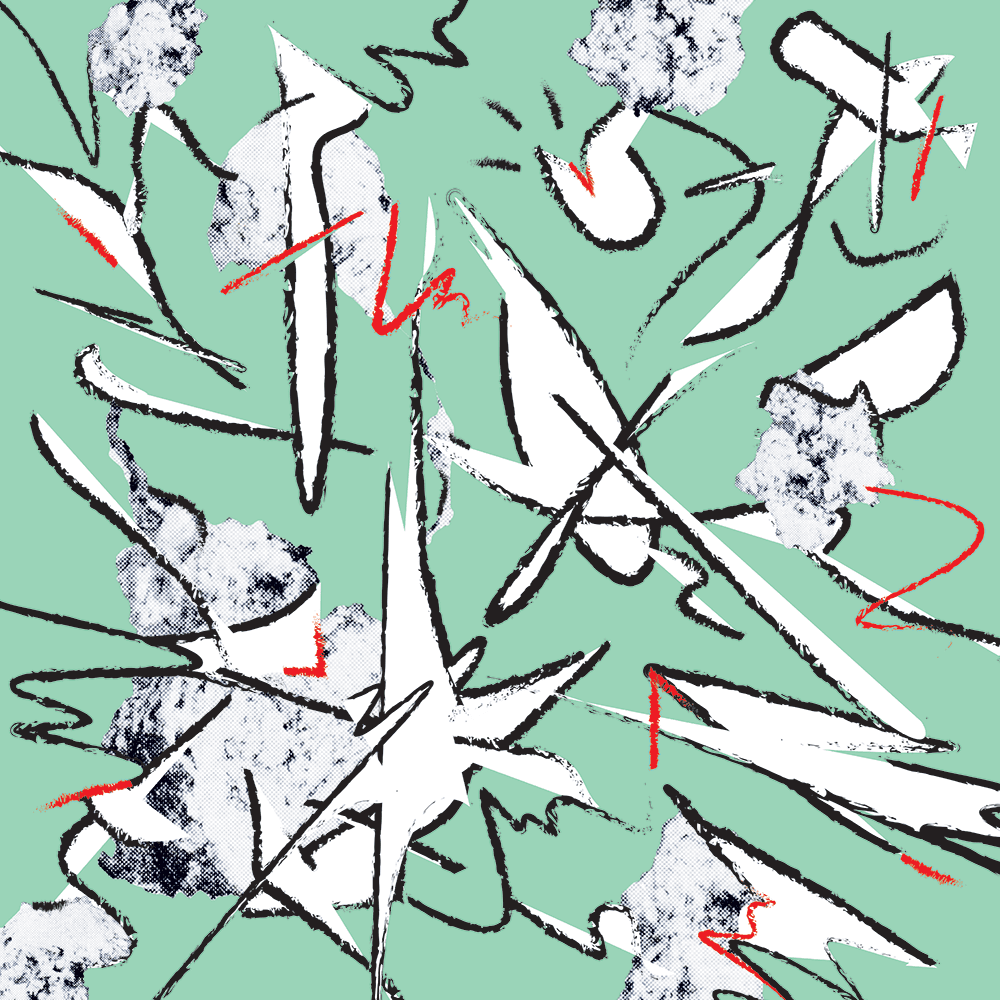 Thrusting through an ever expanding range of up-and-coming imprints, the secretive Slovakia-based Proto Sites has been slowly but surely making its mark as a promising platform for outsider techno and boundary-pushing ambientish experimentations. Experiencing an accelerated development since their last couple of outings that confirmed the hopes placed on it with poise and presence, the label keeps the ball rolling with a new effort coming courtesy of the mysterious Sentry.

Dunked in a pool of grungy tape hiss, ‘Stranger As A Friend‘ flexes intimate melodies and infertile audio-spaces, working a precarious balance constantly oscillating between conflict and coexistence. Switching from a melodic pole to its saturated negative, ‘Stare At The Word‘ strikes first: a string of soft bells pealing absorbed by an all-consuming blanket of white noise.

‘Station Crucial‘ gets the bandy-legged swing going with murky industrial brute-force. Here, Sentry’s talent lies less in the functionality of his cuts but in the subtle way he scales up inmost grooves into unwonted warehouse beats by applying a variety of harsh-sounding FXs. A demanding listen most definitely, but rewarding nonetheless.

‘Surrender‘ attacks with a more pacey approach, encompassing the mini-LP’s ability at throwing epic club-ready cuts with further textural research – whilst ‘Gargoyles Laser‘ delivers an interesting combination of Demdike Stare’esque strings and off-kilter drumwork. A spaced-out cut of oddball techno that most definitely stands out.

The narcotic-friendly ‘Dada Drogy‘ sinks deeper into an after-party kind of mood, beating a dopey pulse that hypnotises like a medusa’s stare. ‘Kingdom‘ is a more gentle arpeggiated electro drive – quite dissimilar to the ensemble but injecting some welcome versatility, the album eventually returning to its bed of filthy tar and concrete-eating material, aimed to be played out loud on screwed sound-systems. Yet another fine effort from Proto Sites that works its bizarre charm like nothing else.

Stranger As A Friend is out now, order a vinyl copy from Juno.

Discover more about Sentry and Proto Sites on Inverted Audio.