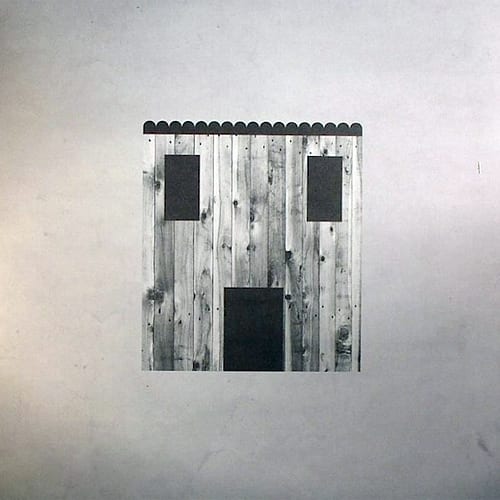 House music has always, at its heart, been about the endless refinement of the groove. Perhaps that is why, although many dance genres come and go (although resurgences do happen), there has always been a place for house music, and the genre is currently undergoing its biggest revival in recent years. So what better time for an album that is not just a house album, but seems in some way an album about house?

Hailing from Lüneberg, Germany, Hauke Freer and Matthias Reiling have been releasing as Session Victim since 2008 and this marks their debut LP, a collection comprising material released across three EPs on Delusions of Grandeur. Throughout their careers the pair have shown an irreverent talent for mining house music’s past in order to access its future, and they’ve rarely failed to produce those perfect grooves. The music of Session Victim has always been warm, solid, and eminently danceable, and on this LP we see the truest and grooviest statement from them yet, although unfortunately the release is marred by a lazy final quarter.

The Haunting of the title is eminently apparent as soon as the record begins to play; the ghosts of Chicago, Detroit and New York house run rampant through these eleven tunes, and the producers clearly have a deep understanding and love of their source material. Yet to the duo’s credit these tracks always remain modern and tasteful, never resorting to simplicity or the siren-call of retro fetishism. The sounds of old hardware are evoked along with the new, and while the song structures are rarely wildly unexpected, they prove immensely satisfying on repeated listens, both for the dancer and the home listener.

That said, sitting at home and listening to this LP without moving around should prove quite a challenge. By second track Zoinks you’ll know that these grooves are so strong it’s impossible not to dance; the pair lay on warm pads and crunchy beats along with some perfect filtering synthwork, and it’s a recipe for success that they pull off time and time again. This music is unabashedly straight-up house, but it’s all done so very right that it’s hard to decry it for a lack of variation: the beats always hit hard and just on time, the synths unfailingly weave strong melodies, and there’s always a wealth of detail on offer for those who want to explore deeper than the banging grooves. The early tracks stand out especially strongly; opener Dark Sienna paces with moody vibes and superb vocal flourishes, while Push Comes To Shove takes a warmer, stop-start approach with a heavy bassline and mutating synthwork laid over a thick bed of bristling percussion and tight handclaps.

Session Victim have a noticeable habit of including a killer detail towards the close of their tracks, whether it’s a whole phase like the desperate ‘please’ in Zoinks  and the tension-building ‘in the dark’ in Dark Sienna or merely a minute vocal blip such as the one that nuances the close of LP standout Cow Palace. As a result you’ll want to follow each of these tracks through to the end, as each is crafted with due precision and care. The LP hits its highest mark with the phenomenal classic Good Intentions, a track which apparently had Move D in tears when he played it as a closer in a summer festival set. In this short track is the summation of everything Session Victim do best; a powerful groove with a jazzy Rhodes melody and some insanely feel-good vibes.

The pair never manage to quite top Good Intentions, but the first eight tracks on this LP give it a good enough run for its money. Unfortunately, the album droops significantly in its final quarter. When the beats begin to disappear the tunes clearly start to fall apart. Light Scent of Decay is toothless and hugely overlong; the minor variations in structure and instrumentation can’t make it interesting for 3 minutes, let alone 10. Following this is F.I.N.E., an odd tune that features relative unknown Grand Agent rapping listlessly over the top. The production is a little basic but keeps the track afloat with some punchy beats, but Grand Agent lacks the personality, voice and lyrics to save the tune. The final track Flying Visit gives me the vague sensation of being in a very cheery waiting room, and it’s a puzzling closer to an album that abruptly gives up after the strongest of starts.

It wouldn’t even be fair to say that the sequencing leaves a lot to be desired, because the gap in quality between the first eight tracks and the last three is vast, and it appears Session Victim overstretched themselves slightly in trying to pack in a full LP’s worth of material. It’s not the end of the world that every track isn’t perfect, but listening to the album through from the start has the unfortunate effect of leaving you with a bad taste in your mouth after so much brilliance at the start. Still, the pair achieve so much with the front end of The Haunted House of House that you can forgive the final run, as there are more warm house gems front-loaded onto this album than a lot of producers put out in a career.