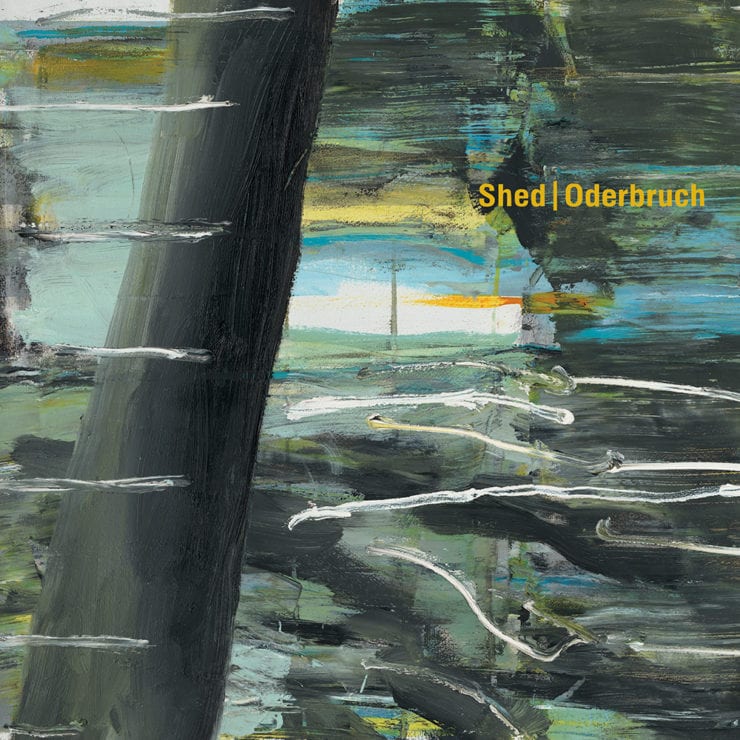 Not many producers out there can boast about having their own section in Hard Wax, but Shed is one of them. With a repertoire as big as any active or retired techno producer, the German producer’s inadvertently become his very own sub-genre.

Too numerous to mention, his well-known aliases have been providing the scene with the fiercest meshwork of hardcore mentalism, dub-techno, rave, broken 2-step bonkers bass and ecstatic chord driven house. Needless to say, he’s highly regarded in most corners of electronic music, whether you’re a fan, peer or some jealous onlooker. Over and out.

Whilst the atypical sonics of Shed and related pseudonyms can be easily identified, ‘Oderbruch‘ makes for a paradox. Positioned as a personal interpretation and homage to the bucolic and historical location of his East German Heimat, it is traversed by a subdued, quaint and pastoral theme.

A vast expanse of natural beauty lying on the German/Polish border, Oderbruch has been Rene Pawlowitz’s home from home in Berlin, an escape and a remembrance of childhood outings, techno parties and views to the river; but it is also a place of political importance, having been a notable Eastern Front during WWII and during the reign of the GDR.

There is this cool word in German: Sehnsucht, which stands for desire or yearning for something distant. Pawlowitz certainly had this in mind when reflecting on his life, youth and experiences in the region. Every track is in some respect wistful, sensitive and loving. There are glimmers of lightning speed techno and hardcore revivalism slammers, but here it is definitely not the focus. This personal introspection is probably not what fans were expecting, truth be told.

That said, that is the very incarnation of Shed’s hybrid style and is often at his best when combining emotional dub melodies with an aberrant take on symphonic, ambient-tinged breakbeats. The familiarity of ‘B1 (Anfang und Ende)‘ is a testament to that statement with its lengthy beatless intro leading you into a head-nodding, bleeping nautical modulated synth and trademark scuttling percussion.

Soft pauses and delicate melodies in ‘Die Oder‘ are bound with an anticipatory central synth pattern. It takes on a rounded melancholic tone but stirring symphonies and pulses pull you in, leaving you thinking “when is the ‘ardkore arriving?” You expect this to ignite but it never does. Instead, sneaky filters on strings drift in and out together witch clicks and chirps reminiscent of a nighttime garden adding depth and atmosphere.

‘Oderbruch‘ also signifies a tender arcing return to Ostgut Ton, which for the most part, helped traject his career lickety-split. ‘Shedding the Past‘ and ‘The Traveller‘ laid markers to his talents and ability to create ingenious atmospheric techno. Where ‘Shedding the Past‘ landed with a “Fuck me who made this?” bang with its dystopian Detroit techno sat beside UK dubstep and braindancing ambience, ‘The Traveller‘ actually felt much more like an inter-connected novel of tricky, explosive and booming techno chapters.

10 years later, with that atmospheric mood still richly engrained, there is an undulating rhythm and connectivity to the assembly of tracks. Where one track brings energy and emergency, another takes you swiftly back to tranquillity. Almost like the contrast you feel emerging from the heat of a club, breathing in the cold, fresh air for the first time before diving back in again for more.

Somewhere in the middle appears ‘Nacht, Fluss, Grille, Auto, Frosch, Eule, Mücke‘ – a playful calypso style ambient interlude. A pulsating tone reverbs and pans like the whisper of animals in a forest and probably amounts to the cheekiest track on the album. The antithesis can be heard in ‘Seelower Höhen‘ where in-yer-face techno returns with force. Slamming bass drum at 140 bpm with reverbing claps, rim shots, and arpeggiated keys. Armor-plated club stuff.

Contemplative strings and pads run through the center of ‘Sterbende Alleen‘ and conjure memories of desolate streets you would walk through returning home from a big night out whilst neighbors still slept. A sweet counterpoint to the hardcore snaps on the snares, rustling together like leaves underfoot.

It’s remarkable that Shed has been able to construct a distinctive sound in electronic music and not just through functional club music but through an instinctive way of balancing emotional melody with extreme beats. It’s not conceptual nor does it seem like something drawing to a close. But more emotion, sentiment, and nostalgia materialize than on any previous record. And like one track name states: The Wolf is back!

‘Oderbruch’ is scheduled for release via Ostgut Ton on 29 November 2019. Order a copy from Bandcamp.

Discover more about Shed and Ostgut Ton on Inverted Audio.