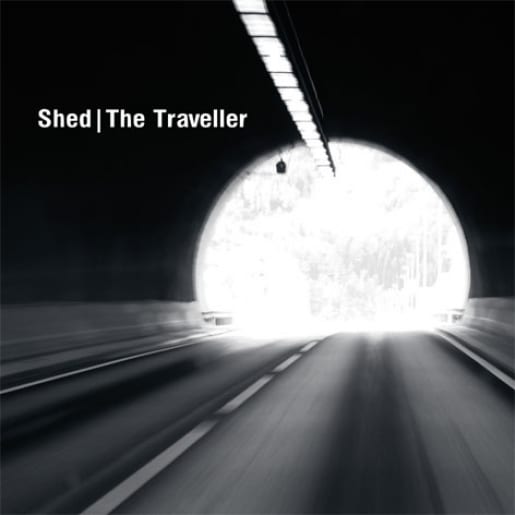 Shed is a little badman in my eyes. When it comes to producers who really tickle my tomatoes, he’s definitely involved. How often do you hear a techno album which is truly breathtaking? I can’t say i’ve really heard one since this man’s debut, ‘Shedding The Past’. A real landmark, a statement to the techno scene on how the genre should be approached – if it hopes to maintain it’s forward thinking aesthetic from which it spawned. This new album sees the man once again pondering over the idea of ‘what is techno?’ A joyous pondering though, like when you ponder over what to have first at a hotel buffet breakfast.

Track after track of lush pads, spliced breaks layered over and over and hardly a notion of the dark broodiness which fills almost eveything which is usually aimed at Berghain. This productivity in every track has created an album you can rinse repeatedly and almost never tire. That’s a guarantee by the way, i’ve listened to little else since I received it. There’s such confidence with his production. With tracks like “… Can’t Feel It” being constrained to just 48 seconds, even though the hook is screaming for something ten times longer. Everything on this album feels necessary. Part of the procedure for the man’s experiments, he’s truly a producer who can call his studio a lab without sounding like a complete douche.

The on going question with these long players from electronic producers is whether they work as an album. It’s a really boring question essentially, and is only really worth referring to when deciding upon a defining album for certain genre’s. You know, like when you’re with some music lovin’ bros – and they’re so wrong because one of them is trying to say burial is the defining dubstep album. You’re all like, “Man, can’t you see just by saying that you’re totally sucking all the creativity out of the force behind that album. It’s totally undefinable. It’s raw creativity mann”. In that situation you’d say something like, “Hey dudes, did you hear the new Shed LP, it’s redefining techno as we speak. Dettman’s sold his macbook, and bought a sampler. Carl Craig said 4 x 4 is weak, and he wouldn’t be seen dead in an XL vest. Oh yeah, and it totally works like, as an album. You know, like a band made it.”

A real cracker of an album, and one which will undoubtedly remain in my recently played much like it’s predecessor – almost indefinitely. In fact, i’d go as far to say it probably all ties together a lot neater that ‘Shedding The Past’. You will love this.