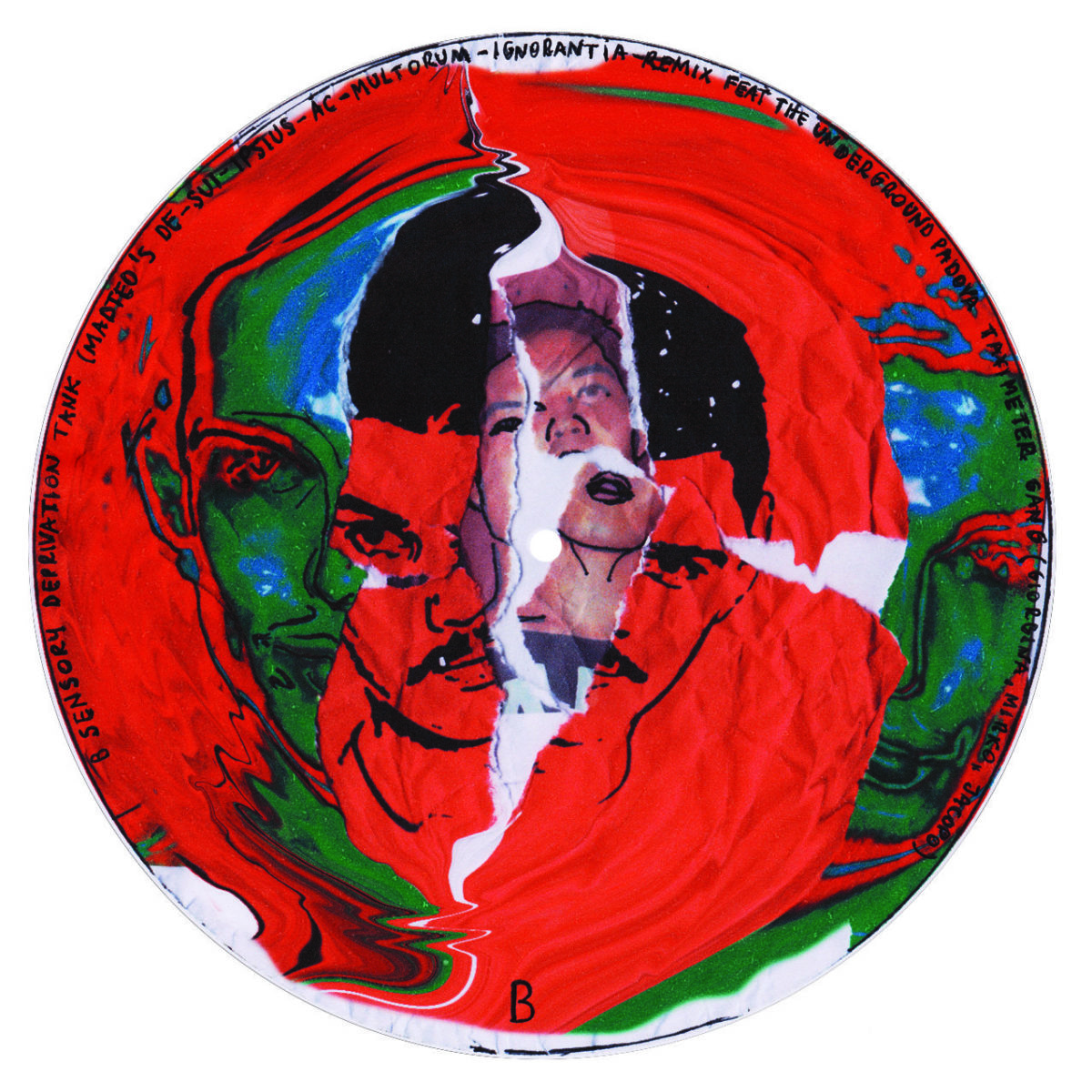 Picking up where Club Shock! left off, Shinoby’s new platter is all about numbing your legs and brain without further notice. Sensory Deprivation Tank – yes, Omar Contri has some great taste for picking his titles – is a four-headed chimera that works the 4 / 4 patterns like nothing else you could hear these days. Uncompromising, the Italian producer makes his own way through some of the falsely corrosive side and much rather well-behaved part of today’s techno scene – not to say a bit sadly folkloric at times – with the gait of an uncaring bad boy, dropping tracks like one would throw grenades to blow up the blockhaus.

Breaking the EP in, the title track unrolls like a wonky, slow-mo stomper functioning on alternating current. Shifting from completely anchylotic phases to pacey sequences with the revving up of its hard-kicking engines, the track is setting the dancing motion in the most daring way. With Shinoby, one shall know how to roll with the punches. Then comes T.S.G., a serpentine techno go-fast propelled by an inexhaustible bassline. The rhythm is getting all the more infernal here when android-like altered vocals drop like nerve-racking warnings throughout the track and lashing claps unfurl at demential speed.

The remixes deliver two very diverse takes on Shinoby’s cuts. First are two L.I.E.S. affiliate with Samo DJ and Tzusing taking the helm for a curiously orientalistic revision of A2. Both the Chinese producer’s implacable trampling techno – it takes some guts to compose a track like 4 Floors of Whores – and Samo DJ’s sense of sampling – oh yes, he’s done some simple marvels with forgotten treasures – meet up for a seriously rugged and positively knackering remix. The result is definitely up to the standards of the original while adding some welcome breaks and intense drops to keep the pressure on.

The second reinterpretation – check that Latin-heavy title – comes from Matteo Ruzzon aka Madteo. Here, the mood is digressive and the NY-based producer does what he knows best. Set up in a druggy sound environment with a captivating focus on detailing and texture meanders, the remix eventually delivers the realest sensory deprivation we could have thought of. Everything turns blurry, shapes and sounds get all mixed up while one sane ear couldn’t find any point of reference to cling to in this maze of remote sound flares and distant echoes. Creating both an audio and kinetic confusion for the senses, Madteo’s finale is a lesson in conceptual savoir-faire as much as a superb closure to a very solid release. Surrounding himself with the finest and finest only, Shinoby delivers yet another mind-bending record.