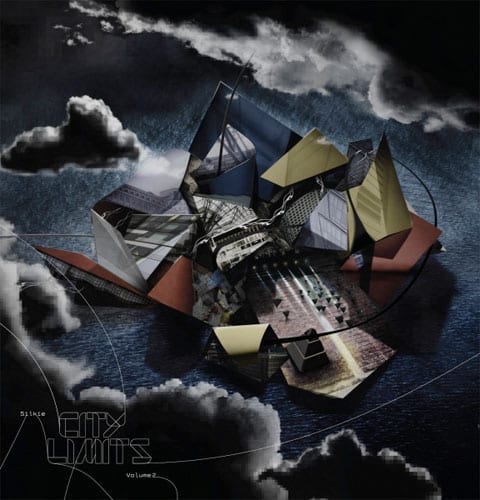 At the Mass club in Brixton, long-time home of the DMZ clubnight, the main room is situated at the top of a spiral staircase. There’s a certain feeling that comes with walking up this staircase towards the main room, subbass shaking the fixtures; like a child navigating through a poorly furnished Santa’s Grotto, drawing ever closer to their giftwrapped prize.

At its high points, Silkie’s music feels like a distillation of that moment. There’s something about his warm, boxy percussion, bombastic west-coast synths and seemingly unfailingly positive musical outlook which is infectious; a vibe shared at times by Anti-Social Entertainment cohort Quest. Speaking as somebody whose interest in dubstep has waned over the last couple of years, it’s a refreshing but familiar feeling; one which is increasingly limited to the output of Mala’s Deep Medi imprint, where Silkie’s ‘City Limits’ series finds its home.

For the most part, it’s business as usual here – and all the better for it. Tracks like ‘Get Up N Dance’ and ‘Rock Da Funk’ push the well-worn Silkie template towards, respectively, a rugged detroit bump and slightly tricksier drum machine rhythms, but there are plenty of beats on offer which sit snugly inside this producer’s comfort zone.

It’s telling that two collaborations on the album reach far beyond zone 6, but are still infused with a rock solid dubstep sensibility; this is no longer local music by any stretch. ‘Feel’, with New Zealander Truth, cleaves to a familiar beat template and svelte but melancholic keys work, while Frenchman Von D supplies something bouncier in ‘Snowed In’, showing hints of a 2562-ish flex. The album’s trio of collaborations is rounded off by an outing with Skream; a gratifying handshake between dubstep’s older and younger generations, swinging the emphasis back to lumbering, metallic 2-step. Nothing too dark though, as Silkie sugarcoats the mix with his trademark disarmingly plastic synth lines.

No album would be complete without the occasional weak point, and here it’s ‘Selva Nova’, which follows a recent micro-trend for dubstep producers to try their hand at a kind of stadium-friendly breakbeat hardcore (Skream is a notable culprit). The results are underwhelming, lacking the lightness of touch which usually makes Silkie’s beats so appealing, and losing a lot of groove in the process.

Let’s hope that doesn’t discourage him from experimenting though; what ties this album together is the inclusion of a couple of totally off-piste, non-140bpm excursions. ‘Only 4 U’ brings languid, west-coast hip-hop influences to the fore, rolling along at 80bpm, though the occasional appearance of twitching, double-time snare work suggests he’s got his ears turned towards the juke-infatuated underground. Meanwhile, ‘Boogie Boy’ bumps along in the low 120s, giving ample space for Silkie’s laid back grooves to speak out. Given the obvious parallels between the producer’s chosen palette of sounds and the soulful melange of house music, here’s hoping he explores this tempo more in future.