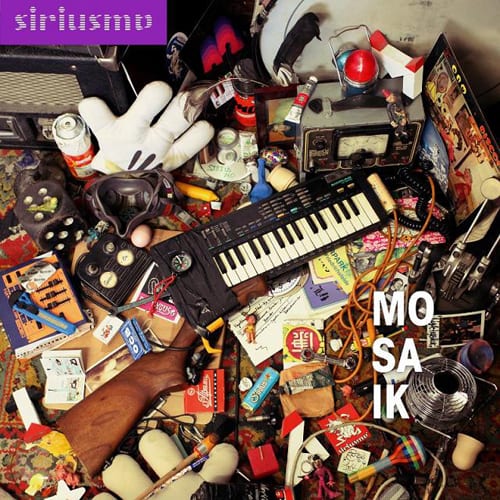 Siriusmo AKA Moritz Friedrich’s talent is usually directed towards artwork, those familiar with Moderat’s face-punching cover will know his work. A glance at the cover for his own debut reveals his Prenzlauer Berg studio in vivid disarray, a fitting departure point for the hotch-potch of styles inside. Clearly a product created over the last decade, but crafted with such sashaying brilliance, it emits sheer timelessness.

High Together bursts out the blocks to impromptu applause, unfurling chorals nosedive into the first of many gleeful euphorias. Barely restrained funk carries Moritz Friedrich’s electro bombast; vocal snatches glide into glittering arpeggios that evoke the tranquil soundscapes of Royksopp.

Sirimande showcases the schizophrenic style perfectly. Driven forward by a skulking energy, the grinding electro juggernaut swings to a halt midway, the waves part to reveal a soft epicentre, a congo-packed tropical moment of solace before power is restored. Immaculate poise is maintained through nocturnal Trident stabs.

The title track Mosaik is a splayed pleasure, slo-mo weighted rise into a lucid pomp, a strident bliss. Just when you think you’re on his wavelength, evasive action gets taken, the track devolving elastically into mesmeric orchestral fuzz.

Nights Off sees Siriusmo at his most anthemic and vital, still sounding fresh. A track elevated by subtle flourishes, deft percussion interlocking blissful faux glockenspiels as the finale approaches.

Mosaik is the type of album to dip in and out of, spin on shuffle. To the credit of its creator, none of it resembles linearity. Further styles are introduced into the mix, the dubstep meanderings of Bad Idea, the joyous Lass Den Vogel Frei! (a certain sonic sibling of last year’s Breakbot remix) as well as more wistful fizzing electro on the disjointed Idilogie and Einmal In Der Woche Schreien.

Siriusmo may have taken the best part of a year to produce his debut album, but it stands up as body of work to be savored. Seamless at every turn, it feels equally at home on the dancefloor, on bus journeys or lazy days in the park. It possesses a precious quality, joyous, emotive and carefully constructed.