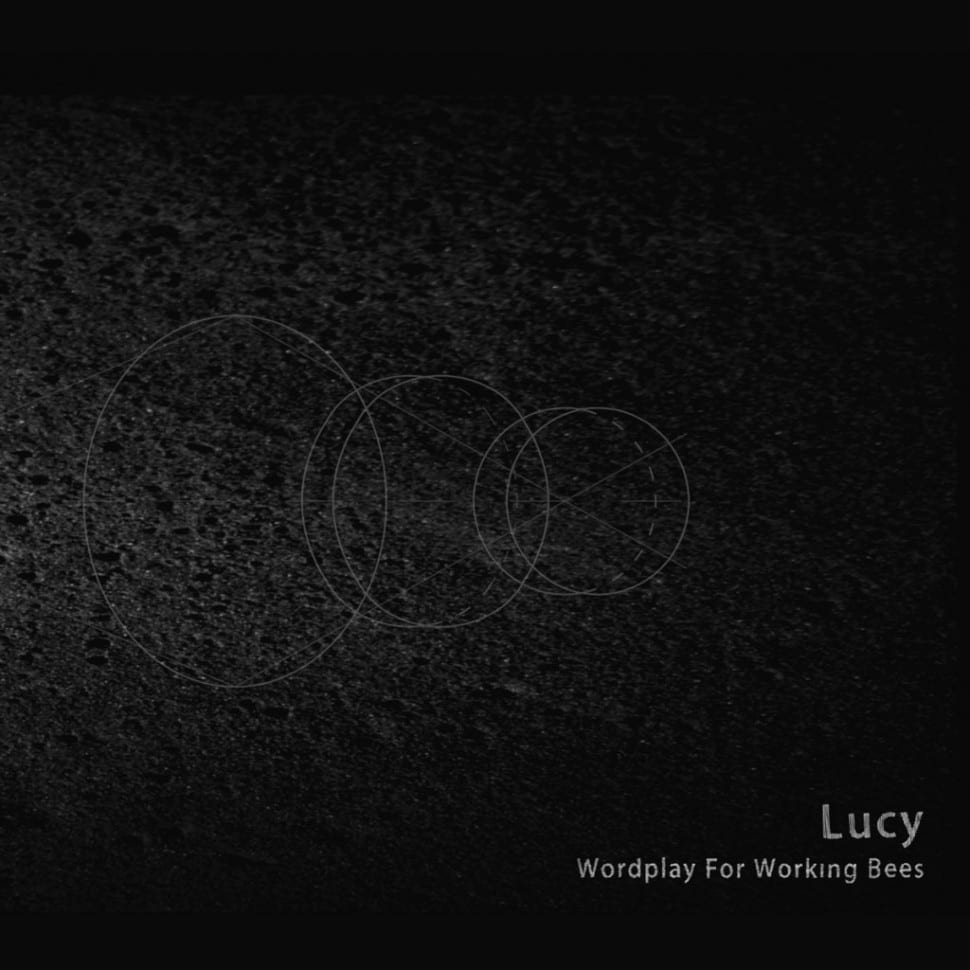 I won’t bother with much background for this review: chances are you’ve heard something about Lucy’s Stroboscopic Artefacts stable, or at least picked up on some of the hype they’ve generated in a remarkably short space of time. Suffice it to say that this LP has been as eagerly-anticipated as any “techno album” of recent times, comparable in that respect to Dettmann‘s self-titled 2010 effort.

A lot is made of techno artists eschewing the “tyranny of 4/4” (as one PR man put it) for the full-length format, but in truth it’s now very much de rigeur. That’s certainly the case here, with Lucy’s theme being darkly ambient, gloomily abstracted IDM (yes, I just said “IDM”.)

Predominantly-beatless openers ‘Thear‘ and ‘Tof‘ evince clouds of wide-angled, over-saturated atmospheric texture, presaging the overdriven breakbeat of early highlight ‘Bein‘, offering us our first piece of percussive gristle to chew on. ‘Lav‘ offers a similarly churning bass-heavy groove overlaid with grating, flaying stab sounds, assembled in what sounds like a very odd time signature, while ‘Eon‘ comes closest of all to barefaced minimal techno with a dubstep-inflected kick drum pattern, swishing offbeat hats, and little else.

Those tracks aside, Lucy firmly prioritises timbral experimentation over propulsion: the failing machinery-drone of ‘Gas‘, the deformed bell-like tones of ‘Eis‘ and ‘Torul‘, the ineffable, rubbery, off-kilter bassline of ‘Es‘.

The sheer variety and scope of sound design is wondrous – at times confounding, even overwhelming – but it is nevertheless welcome that the album’s two closing tracks introduce elements loaded with more easily discernable, regularly harmonic content and, thus, emotional resonance of a frequency we may be able to ascribe a name to.

Finally, ‘Ter‘ is the only straightforwardly melodic confection on the album, but it’s a track that – while a suitably elegiac finale – feels somehow under-nourished. That said, though, ‘Wordplay For Working Bees’ remains an extravagantly adventurous and resolutely experimental work, and is one that – like all good electronic music – reveals new details upon each successive listen.

Discover more about Lucy and Stroboscopic Artefacts on Inverted Audio.