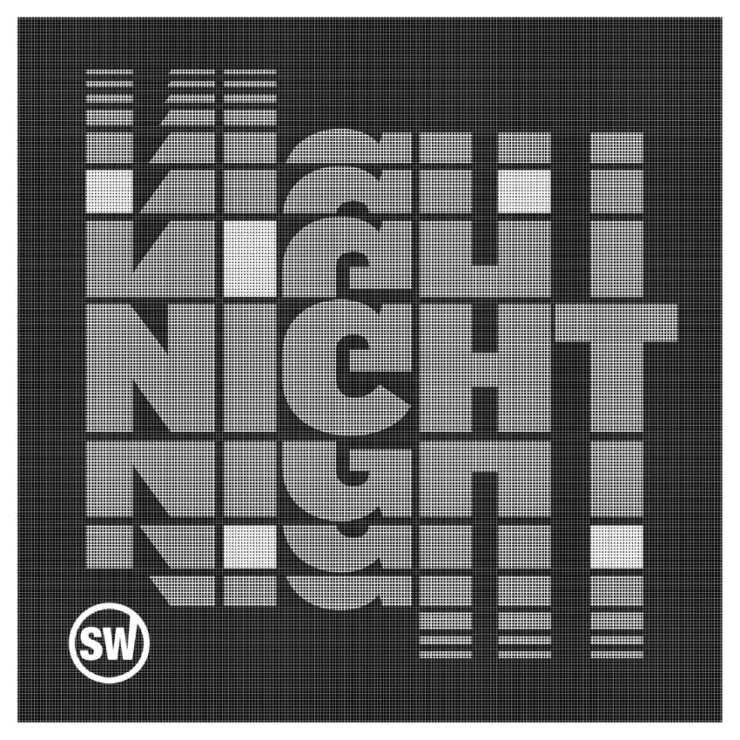 After a period of relative quiet, SUED appear to be going through a period of action. This is good news for fans of murky swamp water house and techno. As I mentioned in a review of co-founder’s SVN first outing of the year, releases from the SUED multiverse tend to feel like “events.” This is definitely the case when co-founder SW.’s returns for the first time since 2018 is a mini-album that sees him chasing the more experimental butterflies that float through the greenhouse of his sonic palette.

Take the B1, ‘ëAtZAbEATzzGANGSter[n]‘. The track starts with a treated kick that, pitched up to 8, might mix into a DJ Stingray set. But that illusion only lasts a few seconds. After a few bars, the drum stutters a few beats behind in the mix, becoming thick and syrupy.  Some congas and delayed chords show up before some minor key chimes give the track a distinctly sinister vibe.

As the track goes on, things just get weirder and weirder: there is something that sounds like a trumpet emitting single notes into a void, a whiny synth that almost caused me to take off my headphones, and moments of feedback that could have been lifted from 80s hair metal outtakes. That this is the closest thing to a proper track on the record shows how far we’ve come from the, if not exactly bangers that SW. has released in the past, certainly his more dance-friendly records.

The A-side is even further removed from clubland. ‘øpenJA[zzz…]’ starts with a rolling beat and the type of foggy (yet somehow twinkling) melody we expect of SW., but instead of building into the lowkey breakbeat symphonies he has crafted in the past, the snares and plucked bass are all late night noir film. ‘druQks iDEA[T]’ works in a similar mode. A minute passes before we even hear any drums, the song is built around this sense of drama: cinematic chords and the eventual arrival of an ascending synthline make it feel like a track primed for music directors.

‘silverlight [ja]zz[sh]Ort’, on the other hand, is a restrained electro trip. SW. has always excelled at making the mechanic sound organic and the first two thirds of this track is a masterclass. The assembly line precision of the percussion swell in and out as modulating synths speak in robot poetry over the top. The drums drop out for a break that gives way to some of the toughest rhythms on the record. The track, however, peeters out for the final third where the jazz-ish drums and reverb will send any complacent DJ scrambling.

The record ends with “deeep HAUNTINGshit.” Despite the fact that the name seems to be spat out by a techno Twitter bot, the song is fairly true to its title. There is an uneasy Halloween feel as the song wanders from twisted house bounce to processed ghosts being let out of the machine in the final section. It’s a slightly menacing note to end a record on, but perhaps that’s the point. The press release for SVN’s most recent LP simply stated “End of an Era” and if this is the last transmission we get from the SUED gang, it seems fitting to be equal parts funky and demonic.

‘Night’ is scheduled for release 24 July via Night Defined Recordings. Order a copy from Bandcamp.