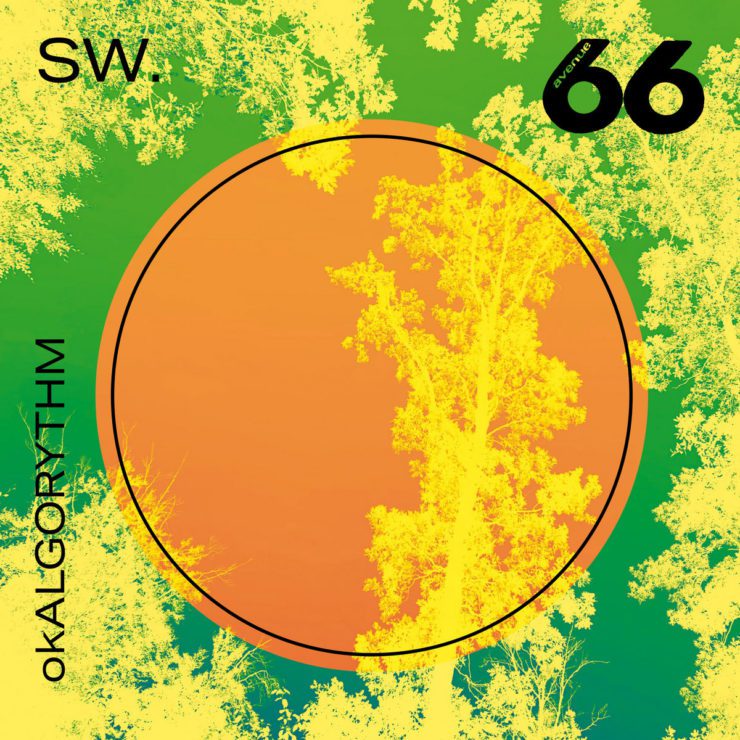 As our lives move further online, every aspect of our day-to-day can be predicted or outlined based on previous actions. Each click, like, and purchase leads to more ads, videos, and articles tailored to your individual bubble. That especially lends itself to our music habits. Most of us lean closer to what we know and already like, but if we try out a new artist, it’s more than likely it was recommended based on previous listening habits.

I’m not immune to that, either, but in the age of streaming it’s rare to hear something wild and unpredictable. German producer Stefan Wust, known by the alias SW., uses each release to dive into whatever suits his fancy at the moment, be it slow-burn ambient techno or summer pool party jams.

His latest transmission, ‘oKALGORYTHM‘, uses its title to take aim at those streaming services and poses the question, “OK, algorithm, what will you do with this?” The album’s ten tracks eschew easy categorisation, veering from off-kilter techno to minimal house to contemporary hybrids of jungle and dance.

Conceived as an album “inspired by all night electronic radio shows of the ‘90s,” ‘oKALGORYTHM‘ plays like a mutated transmission from an unknown time or frequency. You could get lost in the buoyant, hazy house of “moTORjungleCITY” and think you’ve stumbled on a lo-fi house mix. Where some tracks lean into contemporary trends, others fuse those with classic techno sounds and present a hybrid that’s as cerebral as it is danceable.

That fusion is evident on the B-side opener, “stepCLASSixMOtor,” a slippery bit of electro that leans into rave energy as it progresses. The build up and crescendo feel like its own mini club night, where the rhythm hypnotises and doesn’t let you go, giving its four and a half minute runtime an evening’s worth of dance-floor vibrancy. SW.’s ability to jump between and, in some cases, meld different electronic sub-genres gives ‘oKALGORYTHM‘ the feel of a burned CD mixtape your cool older sibling gave you when you were a kid.

Several moments of the album feel joyfully out of step with current sounds, while others firmly entrench SW. productions in 2022. Hitting play and taking in the combination of disparate schools of techno, from the shuffling leftfield groove of “WHAtADAYray” to the retro-futurist Detroit techno one-two punch of “nubJA” and “ROCKetPOCK@” opens a gateway to different vibes that blend together seamlessly.

A few tracks, “geminiMINIMA” and “What endingENDs,” don’t work quite as well as others. While both contain interesting sounds, like the latter’s squelchy synth lines, each feels like a transition song that drags on a few minutes too long. Compared to the stronger material on ‘oKALGORYTHM‘, those two could have either been trimmed of their length or excised from the album completely.

Even with the two weaker tracks in the album’s latter half, SW. has provided enough highlights to make the journey worth repeating across multiple listens. Stefan Wust uses this album to invite you to step out of the algorithm and let his human-curated experience bring you deeper into his psychedelic blend of club sounds.

‘okALGORYTHM’ is scheduled for release 28 November via Acid Test. Order a copy from Bandcamp.