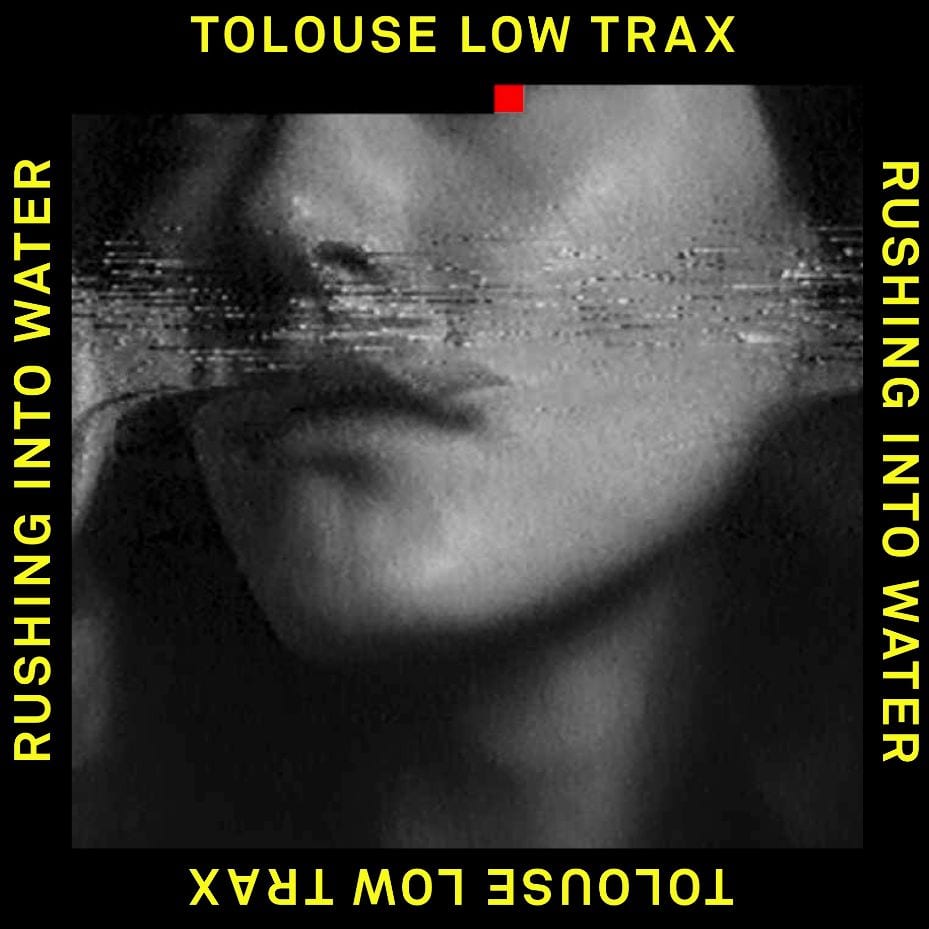 To say the least, ‘Rushing Into Water‘ doesn’t resemble its contemporaries. Actually, it hardly makes for a product of its time either so much the EP deviates from symptomatic trends and mundane mannerisms. Obliterating prosy motifs, Tolouse Low Trax‘s first instalment on Düsseldorf Themes For Great Cities spawns its own frame of significance; scripting industrial tempo automatisms and duplicated instrumental close-ups all the while shaping unexplored sound-dimensions from scratch.

Conceptual, Weinrich’s body of work nonetheless develops a fleshly vigor. One after the other, each track unwinds its transfigured electronic-and-metal limbs with flesh and blood vibrancy, every percussion line throbbing to the beat of an alluringly sinister spasm. “No one can kill an idea. Ideas have wings” intones an austere male voice over the title track‘s toxic compound of off-kilter drum ostinato and straining hum.

TLT orchestrates ubiquitous intervals and overlapping cycles with acrobatic dexterity ; the decayed swash of ‘In Quicksilver‘ is another clear evidence of that. Whilst wringing flanged and filtered modulations in and around a cagey downbeat, the rhythm treads water. Then, all swathed in a deep, tar-smelling vibe, it suddenly initiates a seemingly basic yet haunting metronomic shift persistently hoisting from lo-freq undertones to upper-surface before sinking back and finally coming into the world again.

Shutting the curtain, hedonistic closet-groover ‘Reserves To Talk‘ gathers all of Tolouse Low Trax’s cardinal traits and skills with curvy largesse. Driven by a filthy alloy of burnt-out tyre squealing and whirring bass drone, the track deploys an extra-wide wingspan bestriding leftfield, kraut and proto-techno in unison whilst applying maximum floor pressure. Not so inhibited than its title may imply, the kaleidoscopic richness of this closing cut embodies Weinrich’s constant bravura in marrying distorted club-musings and vanguard vision. ‘Rushing Into Water’ already signs as a serious contender for 2016’s twelve of the year.

A1. Rushing Into Water
B1. In Quicksilver
B2. Reserve To Talk