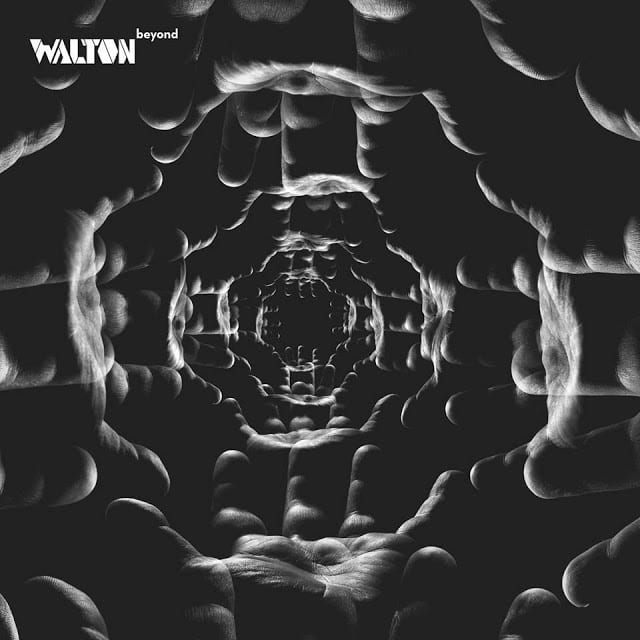 ‘A song for yesterday, today, tomorrow and beyond,’ a pitched-down voice intones on Beyond’s opening track. It’s a perfect introduction to the debut album of Hyperdub’s Sam Walton, who established himself over a handful of EPs as a genre-bending bass futuristic of rare talent and confidence. Now on Hyperdub’s first LP of the year, Walton combines the sounds of house, garage and grime into a rich, singular experience that impresses on first listen and still demands to be visited time and again.

Much of Beyond is concerned with a subtle interplay between light and dark, as Walton effortlessly flicks through genres without sounding anything but himself. This duality is perfect right out of the gate on Need To Feel, where a breathy vocal is laced over gentle chords with a remarkable softness. Yet at each moment of delicacy, Walton brings back down to the ‘floor, here with a deep tunnelling bassline and taut synth tones. Across the album as a whole, these thrilling contrasts provide many of the highlights, particularly unforgettably when a sultry RnB acappella meets the tough, mechanised beat pattern in You & Me.

The interplay between different hues is a strong look for Walton, but his productions are just as stylish and effective when he heads straight into the darkness. The dangerous acid licks of Help Me Out make for one of the LP’s early highlights, while later crushed grime instrumental Frisbee makes for a hauntingly stark listen. These compositions amaze at every turn precisely because they are so busy yet never clutter, exemplified on the low-slung Grit, where a detailed percussive field, husky vocals and a venomous bassline are kept under tight control; enhanced rather than hindered by the richness of the composition. Each of these cuts could easily kill on the dancefloor, yet Walton saves his best shot at the darkness for the end in penultimate track Amazon, where an alchemic fusion of a rugged house stomp, whispered vocals and noir grime notes make for a stunning album finale.

While Walton’s earlier productions were marked by their stark monochrome hues, many of Beyond’s impressive moments are found when a new melodic sensibility begins to take hold. The lusty one-two punch of Love On The Dancefloor and Every Night in particular cements the album’s emotional core. The former is a chilled affair, all soft pads and murmuring vocals that cushion the beat. It’s not miles away from a laid-back Sepalcure cut, but it all feels like an introduction when compared to Every Night, an effervescent party-starter which pitches the same seductive vocal to an intriguingly masculine tone.

Just as the ‘I’m gonna dance away my clothes off’ vocal recurs across these two songs, Walton laces the entire album with melodies and samples which are later re-appropriated. A remarkable example can be found on the beautiful late interlude Take, where a mournful vocal is finally drowned in tear-strained, heavy-handed piano chords which are slyly referenced amidst Grit’s bristling percussion. The effect lends an authentic coherence to an album that crosses so many styles and moods, precluding the jarring effect to which many hybrid-genre albums unfortunately succumb. More than anything, these subtle cues show how much love and care has gone into these tracks, a fact which really pays off considering Walton’s deft grasp over genre and tone. Hyperdub’s Kode9 could clearly see the talent here from the very start, but for listeners Beyond is a true coming of age fitting flawlessly into the label’s esteemed canon: an uncommonly accomplished debut, a sonic world that becomes more inviting with each listen.