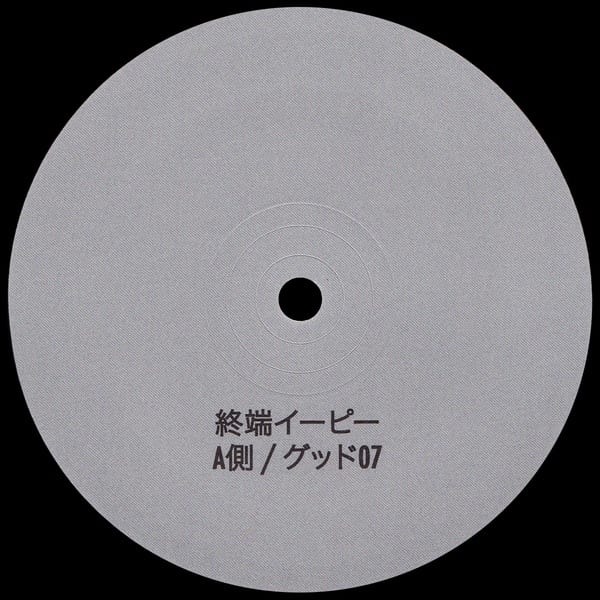 Within a couple of years, Going Good has steadily grown into one of the most compelling and refreshingly consistent labels out there, serving up quality plates from the likes of Canadian riviera representatives Aquarian Foundation and Cloudface as well as rising French duo Nummer and LA-based producer Moon B. As per usual, Brian Not Brian’s new find counts as one of this year’s musical highlights, with Japanese newcomer Yoshinori Hayashi taking the helm for an impressively mature four-tracker of intricate sampling and hard-shelled live programming.

Preferring the fleshly insight to the unworldly panorama, taking any cliff-edge warning sign it might encounter for an invitation to jump and drown itself deep-down ocean-wide audio structures, The End of The Edge crushes skin-deep considerations to pierce straight to the core of its sample-fraught melodies, unveiling an enfilade of stunningly deep, disorienting sound calls and dazing, extrasensory motifs.

Hayashi’s music may flourish through continual transgression, it still gently turns down the mere experimental-meets-leftfield ragbag circumscription. His sample use make for awe-inspiring sound synecdoches, not only operating out of their short-lapsed loop capsule but well invoking their original humus as a tensile, memory-charged apparatus. All four tracks exude an expansively seductive organic touch, sewing together free-jazz tinted groove-shifts and off-beat drumming in exploded view.

From evasive, forward-running movements to opiate-fueled apostrophes, each and every track sneaks in between harmonic lines, laying your ears bare of any main melody to cling to. Be it through the light-seeking lushness of birds songs, subdued funky bass crimps and dissonant piano keys of Geckos or Madam Moo‘s leading sax polyphony and free-rolling bongo jam, Hayashi multiplies audio stimuli time and again, bathing his compositions in an intensely immersive psychedelia.

A Castle then lifts off to higher realms, a vocal humming reeling off a ceremonial-like chanting crescendo, tutoring the track in progressive, forward-tugging motion while guitar riffs and bubbly bass spurts widen the main movement’s amplitude to more horizontal territories. A flock of honed, emotional strings and milling synth convolutions soar along but Hayashi doesn’t crystallise attention on a particular layer, rather much spreading multidirectional flashes to get you lost in the process.

Closer Carcass of Tags makes for the most club-friendly tune of the EP. Interweaving dainty piano keys and effusive synth swirls in good measure, Hayashi breathes in a more functional, danceable swing. Still, the sense of exploratory boldness demonstrated through the previous cuts doesn’t miss here, either. Listening to The End of The Edge feels like venturing across the labyrinthine patterns of a cobweb where every silk thread finds its utility – one to build around, one to keep you still, one to tangle you up. Phantasmagorically lush and utterly dumbfounding, this sublime debut plate stands as nothing but one of 2015’s most essential releases.

The End Of The Edge EP is out now, order a vinyl copy from Juno.