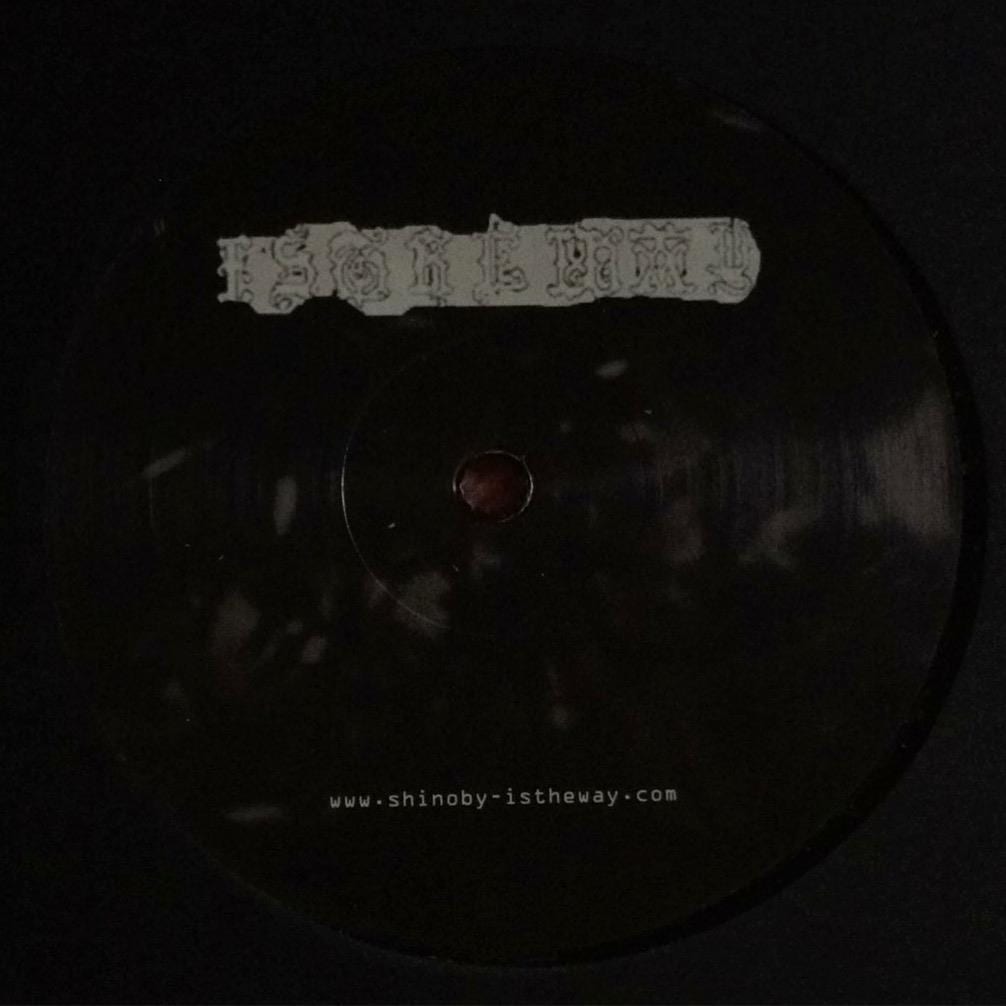 On his first three instalments Omar Contri aka Shinoby surrounded himself with the crème of remixers: Madteo, MGUN, Samo DJ & Tzusing, The Analogue Cops and more recently Jamal Moss under his Hieroglyphic Being moniker… a mouthwatering cast to say the least.

This time, the Verona-based producer is back with yet another stupendous addition to Istheway‘s catalogue, getting the legendary Hypnobeat to collaborate on a single-sided slab of propulsive, mind-boggling techno. Originally formed in 1983 by Peter Weiss aka James Dean Brown and Pietro Insipido, the duo really became a thing when JDB got to meet Victor Sol and Tobias Freund.

After a digression as Narcotic Syntax, Weiss revived the Hypnobeat project in 2012, starting with a first appearance at Serendip Festival in Paris. Today’s configuration now comprises JDB and techno’s first lady Helena Hauff, no less. Based on improvisation, the pair toys with a rather imposing live setup: one TR-707, three TR-808, another two TB-303 and an array of effects.

Get a taster of the Shinoby x Hypnobeat collaboration below. Acid bass galore.

All Things Pass Into The Night is released via Istheway in late October.

A. All Things Pass Into The Night