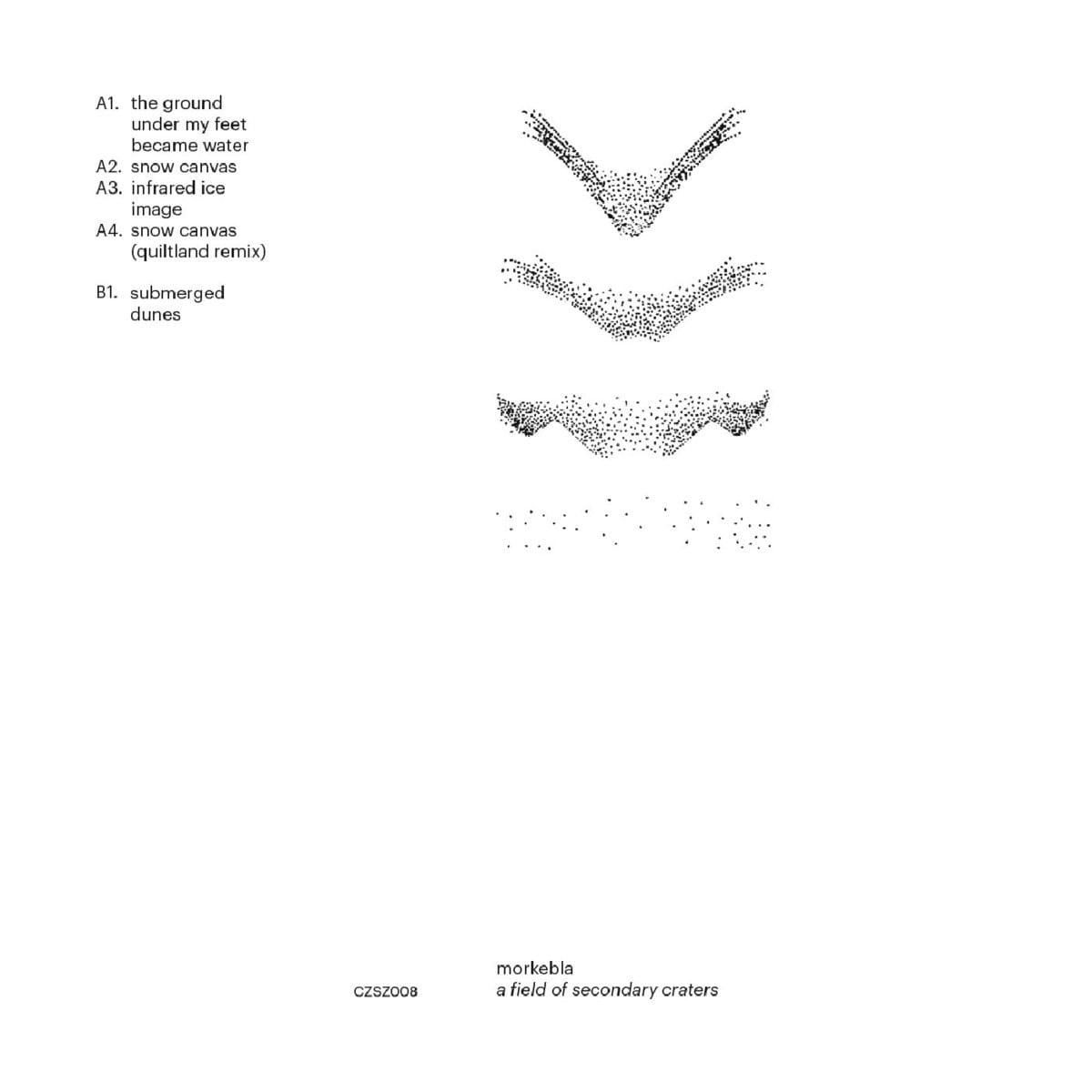 Since its launch earlier this year Edinburgh-based imprint Czaszka Records has been on a roll, dishing out no less than seven releases in eight months – including choice transmissions from 1080p affiliate M/M, IXTAB, Beachers or Takahiro Mukai. For their eighth tape, the newly-established label enlisted Italian ambient producer Morkebla – responsible for the excellent ‘Ono-Sendai Cyberspace‘ on Baroc a few months ago.

On the scopious ‘A Field Of Secondary Craters‘, Rosso’s brittle melodies and fine textural arrangements evoke soothing visions of uncharted panoramas and organic plenitude, afar from the frenzy of overpopulated metropolises and concrete-coated vistas. A supple blend of ambient and electronica, our premiere ‘Snow Canvas‘ transports its listener to frosty highlands, in the heart of white, pristine mantles of sound. An opulent and haunting slab of audio minimalism.

A Field Of Secondary Craters is released via Czaszka Records on 21st October, pre-order a copy from Bandcamp.

A1. The Ground Under My Feet Became Water
A2. Snow Canvas
A3. Infrared Ice Image
A4. Snow Canvas (Quitland Remix)
B1. Submerged Dunes

Discover more about Morkebla and Czaszka Records on Inverted Audio.