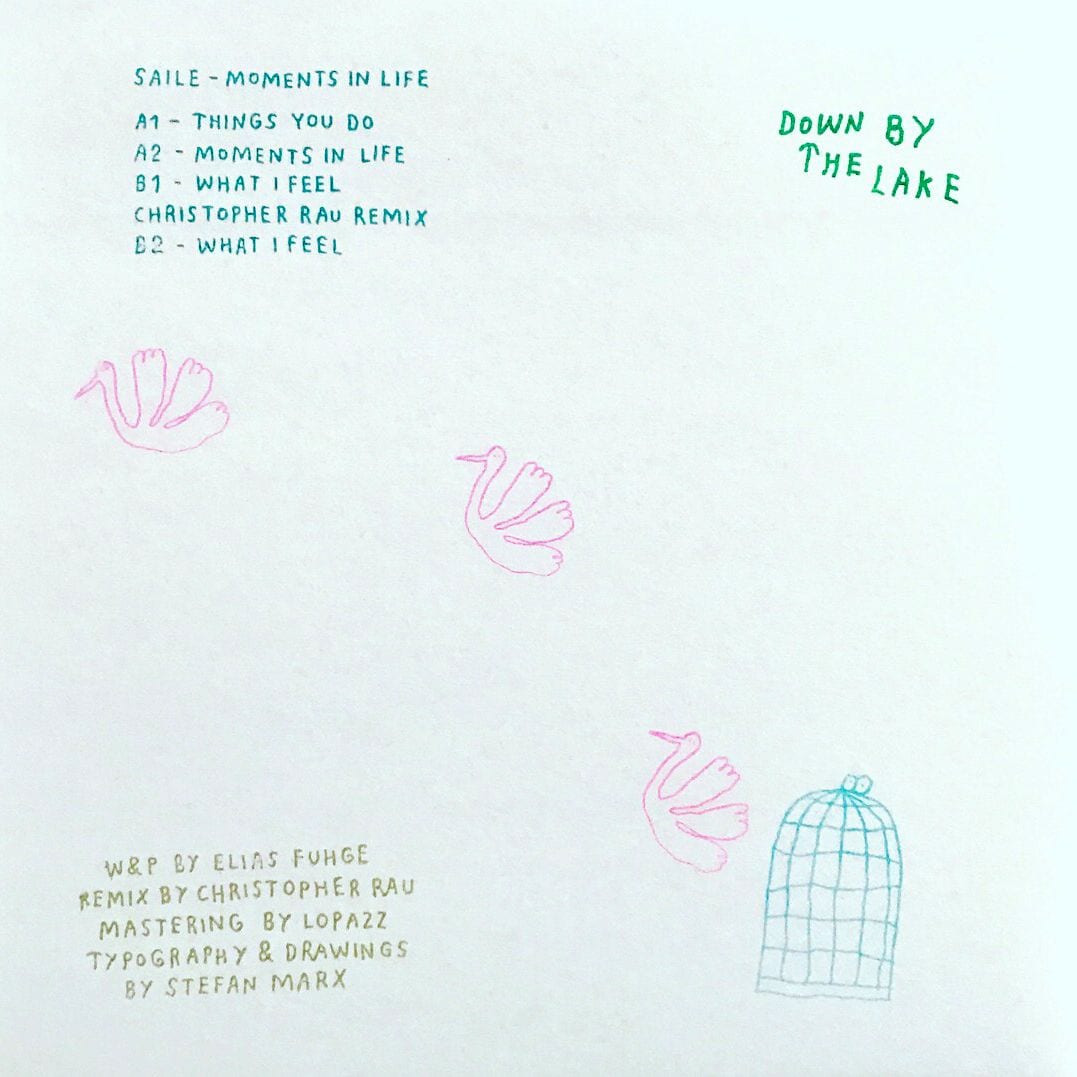 A year on from it’s official inauguration, Smallville’s sub-label Down By The Lake are lining up their third 12″ and first release of the year. Saile’s ‘Moments in Life EP is made up of three “timeless house cuts for eternity” with the welcome addition of a bumping remix from Smallville mainstay Christopher Rau.

Berlin-based producer Saile kicked things off on a high note for Down By The Lake last year with ‘In The End‘, and his newest record is set to be a continuation of that sound: understated, nostalgic house music that’s got one foot in the present and one in the past.

Another of Smallville’s offshoots Fuck Reality have also announced the release of Fuck Reality 05, from Oslo-based producer Frantzvaag. Following on from his label debut in 2016 and a killer EP for Full Pupp, this one’s said to be a vision of Norwegian dancefloor deepness in four shimmering house cuts.

“Moments in Life” and “Fuck Reality 05” are scheduled for release in May 2018. As always Stefan Marx provides the artwork and typography.

Discover more about Down By The Lake and Fuck Reality on Inverted Audio.