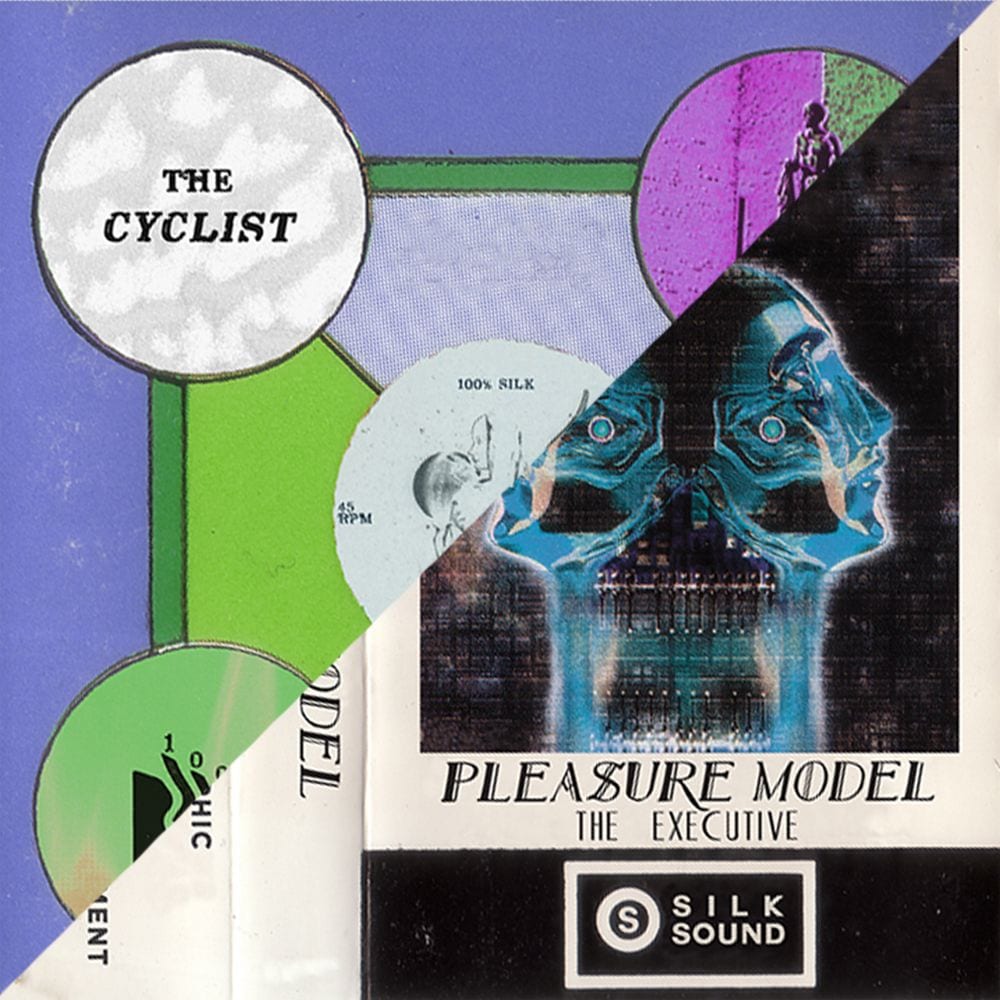 It’s always good news when your usual dealer of vibey house grooves and lusher-than-lush electronics pops up with some toasty newness. After a year of rebuilding and strengthening since the heartbreaking events of the Ghost Ship warehouse fire, LA-based label 100% Silk barges in 2018 with a pair of smoking releases straight out of the UK, courtesy of two faithful collaborators in the persons of Bristol’s Pleasure Model and Birmingham-based producer The Cyclist.

Lifted from Antoni Maiovvi’s new effort, ‘The Executive‘, the number-crunching ‘Wires‘ unrolls a dynamic wave of beaming bass arpeggios and granular synthlines as so many cybernetic connections on 3.0 live-networking mode. Interlacing a throbbing and rolling beat with smacking snares and pixelated melodies, Pleasure Model takes you for a serious trip into the wildest areas of a funky processing engine, fully set at getting the zeros and ones in dancing order.

Locked and loaded, The Cyclist’s high-NRG burner ‘Alabaster Thrones‘ follows up with a clever mix of nostalgic synthscapes, carefully sprinkled piano stabs and broken-rhythm friendly gait, all driven by a versatile footstep-ish kind of groove. Up to the high-flying standards he’s shown over the years, Andrew Morrison provides a four-track mini-stunner that’s as perfect to wake up to as we can imagine it blazing up the ether at any mousey after party. 100% killer tune.

The Executive tape and Alabaster Thrones 12″ (plus an exclusive bonus tape, Beat At The Heart Of The City, dependable on available stocks) are due out via 100% Silk on 6th April. Don’t sleep.

The Cyclist – Beat At The Heart Of The City (Bonus tape)

1. Lucille
2. One Day In The Life Of Ivana
3. Irish Nighthawks
4. Cologne Halls
5. Diore Grian
6. Beat At The Heart Of The City