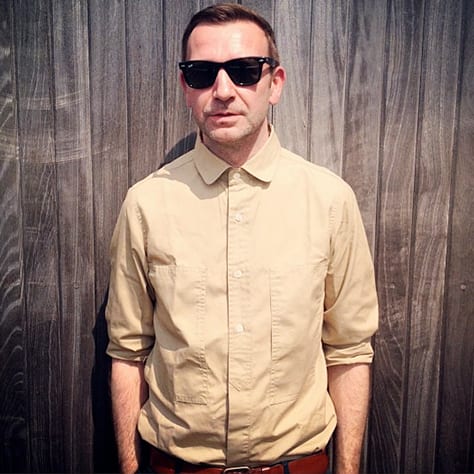 David Brown’s extensive career in electronic music has seen many turning points of genre, musical ideology, and indeed prolificacy, but 2012 has welcomed a new phase for the veteran producer. Formerly half of the ubiquitous Swayzak outfit, Brown has now become the newly incarnated S_W_Z_K, following the departure of long-time collaborator James S. Taylor.

“Essdoubbleuzedkay, as I prefer it to sound, rather than swizzik,” the Scottish producer specifies. But what’s in a name? As Brun explains in our video interview, Swayzak certainly isn’t derived from the Polish word for ‘union,’ as erroneously claimed on discogs. But while there may be a certain sense of irony in continuing the project with the vowels removed, it certainly hasn’t left the music bereft of any power or emotion.

The eponymously named re-debut, which is released by the stalwart Berlin club Tresor, carries all the weight of the aforementioned techno-haven as well as the duo’s history and back catalogue with reassuring ease. From the terrifying abstract builds of opening track “31 Techniques” (titled in a decidedly dark fashion, as described by Brun) to the deep, experimental journey of “This Is The End Of The Line Old Boy” (itself poignantly named), David Brown’s first LP release as a duo or solo in five years pays homage to his earlier work with Swayzak, while making a refreshing departure towards unexpected terrain.

The album is intricately woven through endless Berlin nights, with a bleak, unforgiving aesthetic that is nevertheless undeniably invigorating. Its textures are harsh and often unsettling, with an atmosphere of controlled chaos where elements keen to escape are contained within a rough-edged framework reminiscent of the dynamic expanses of Tresor itself.

In the video, David discusses the genesis of the project, his affiliation with Tresor, his influences and impression of the electronic music industry, and more.