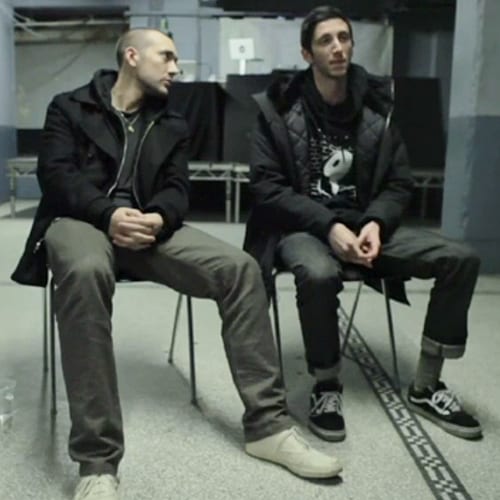 We caught up with West coast beat-making boy wonders Shlohmo and Salva moments before they performed alongside Kutmah and Patchwork Pirates at their debut London performance at Earnest Endeavours at The Camp, Old St, London.

Shlohmo, aka California native Henry Laufer, has been recently pulling ahead of the Brainfeeder pack thanks to his brilliant combination of lush organic instrumentals and moody clicks and beats. After a few increasingly refined EP’s; Shlo-Fi, Camping and Places, he released the stellar Bad Vibes album in August 2011 which featured in many journalists Best of the Year lists. With the release of the short but sweet Vacation EP in February (along with its worthwhile collection of remixes) he began to introduce a broader range to his sound, subtly shifting his textures while remaining distinctive, and proving that this young producer definitely has a bright future ahead of him.

Frite Nite label-head Salva has also been making waves on the Friends of Friends label alongside Shlohmo, dipping his fingers into Instrumental Hip Hop while remaining admirably diverse in his output. His debut album Complex Housing introduced the world to the broad array of influences the West coast producer could channel into a single release, but it was last November’s Yellobone EP where he truly shone; offering a couple of hot and heavy dance numbers alongside an excellent future G-Funk track with the world’s go-to vocoder man; B Bravo.

In their interview Paul Salva and Henry Laufer discuss breaking into the music scene, their musical roots, the UK scene as well as offering advice to aspiring producers.