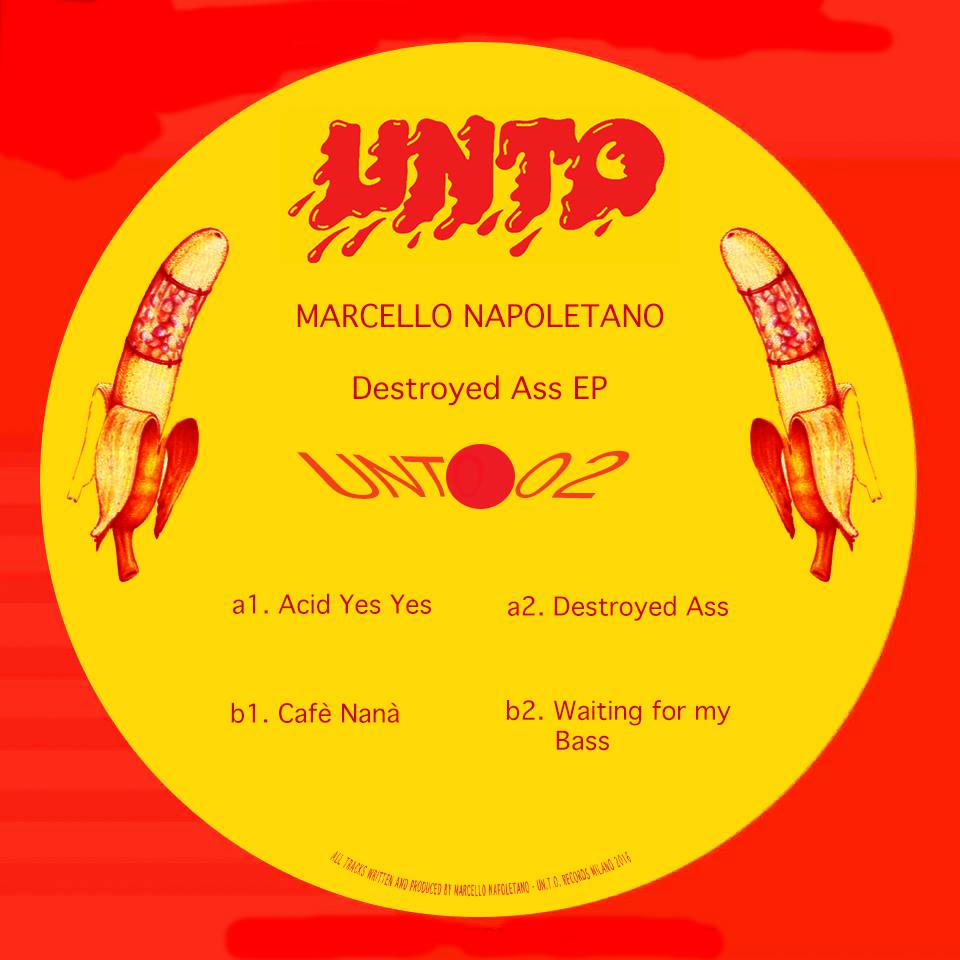 Back from the release of their debut effort courtesy of emerging talent Raw Ambassador, Milan-based imprint UN.T.O. follow up with the announcement of their second installment, Marcello Napoletano‘s ‘Destroyed Ass EP‘, scheduled for release on April 29.

Napoletano is no stranger to experimental, leftfield-leaning techno heads. His music has been featured on a wealth of quality labels including Mathematics, Quintessentials, Laid or more recently Berceuse Heroique and that new outing definitely peeps in the same direction, outpouring a similar genre-bending pedigree.

Be it melding a crazed drive of tribal percussions and vibrant field-recordings of cups and glasses banging together in a smoke-filled bar on the excellent ‘Cafè Nanà‘ or testing the very limits of listening ease with a flock of nerve-racking keyboard fiddling to keep the pressure flowing on the aptly-titled ‘Destroyed Ass‘, the Italian producer goes hard in the paint.

Destroyed Ass EP is released via UN.T.O. on April 29.

Discover more about Marcello Napoletano and UN.T.O. on Inverted Audio.