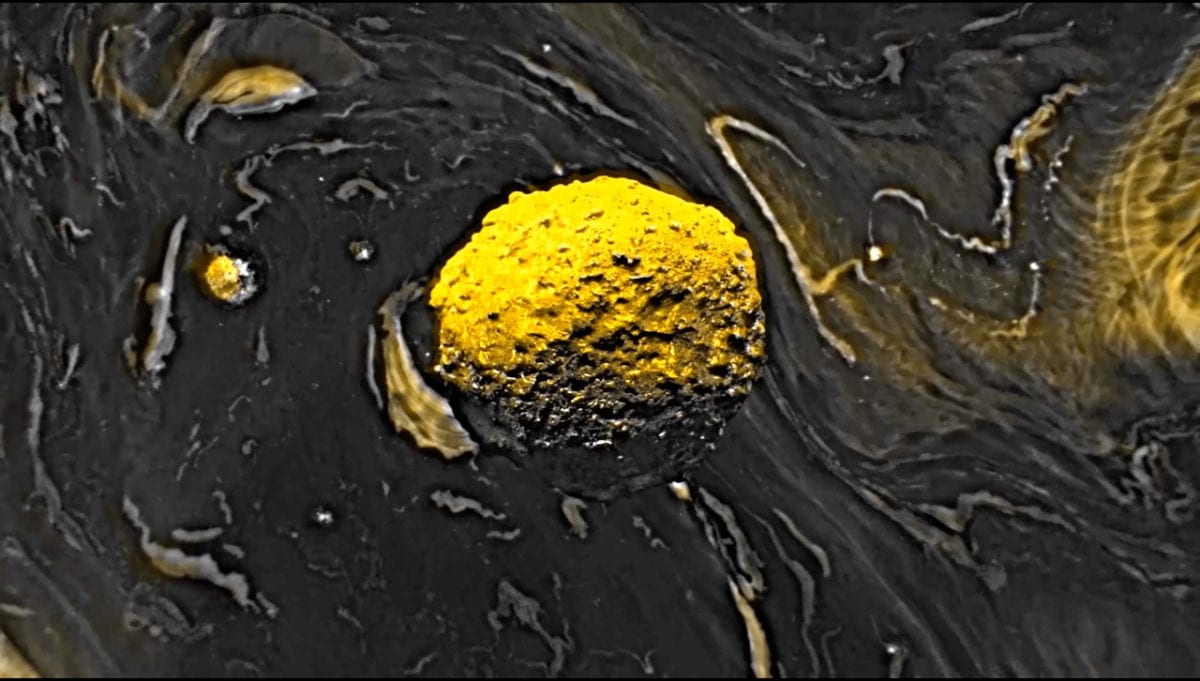 Inspired by Milán Ráczmolnár’s photographic project ‘SH-25‘, Bartha recreates a fictional solar system with the help of painter Andrea Kozma, setting up an unlikely meeting between a cosmogony of plastic balls and ordinary daily life scenes, putting in perspective these ‘roots hardly known’ in question through ever-changing lenses.

The use of risography breathes in a coloured and psychedelic atmosphere to the video, reminiscent of Kubrick’s ‘2001: A Space Odyssey‘s stargate sequence and delivering a poetic and scale-shifting ode to the cyclic nature of things.

Discover more about 12z and Other People on Inverted Audio.