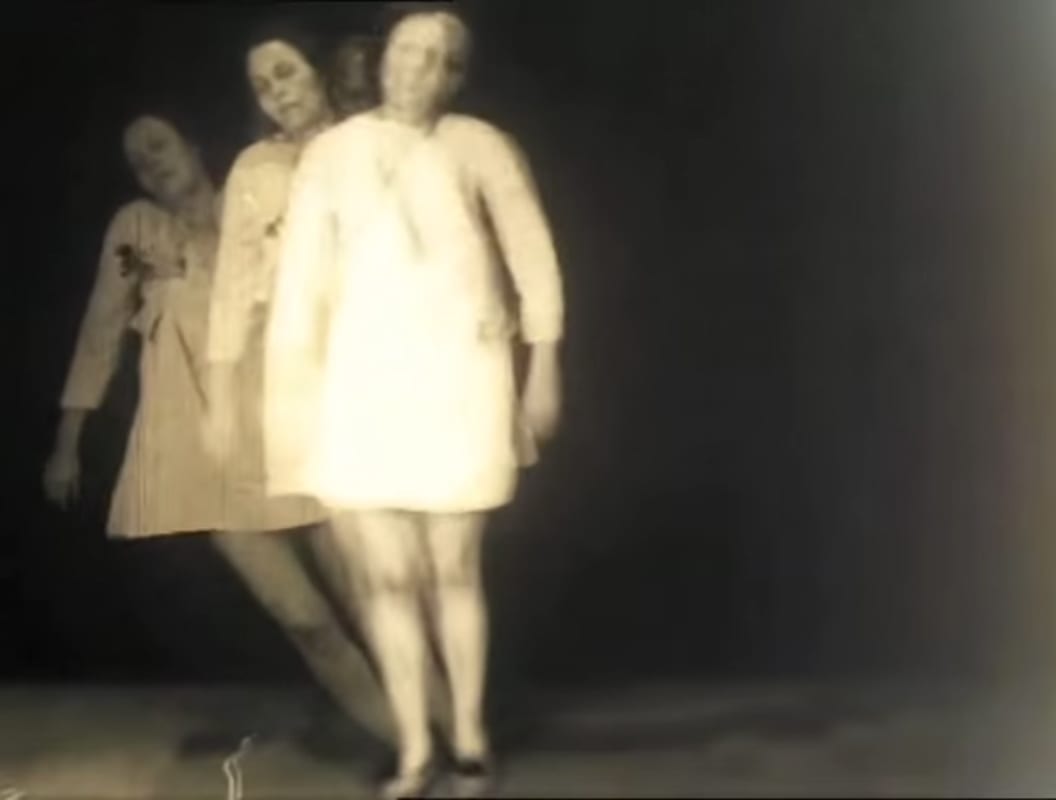 ‘Floods’ is the new collaborative album between Francis Harris and guitarist Gabe Hedrick (who also made an appearance on Francis Harris’ last solo album ‘Minutes of Sleep‘). The duo, recording under the name of Aris Kindt, have been working on the record for more than a year using a vintage 808, a modular Eurorack and two guitars. In this interview we speak to the NYC based Scissor & Thread co-founder Francis Harris to discuss the new project and to take us through the concept behind the 45 minute long music video that accompanies the album.

A Film By Rikke Benborg

We last spoke when we made your film for Inverted Audio, about your previous solo album “Minutes Of Sleep” ­ Tell me about how Gabe Hedrick got involved with that project and how the two of you decided to collaborate together as Aris Kindt?

Gabe and I are childhood friends actually. We have known each other now for over 30 years. Gabe was really the driving force behind my pursuit of making music from an early age. He has always had an incredible ability to not only craft songs of his own, but also find great music.

At the time I was developing an idea for what I wanted to do with Aris Kindt, Gabe began to delve into the rabbit hole of modular rack units. He began to sketch some songs with his home set up. The musicality immediately resonated with me, so I began to play around with his material in coordination with the sound beds I had already started to create for the project.

The process, in turn, had a life of its own and became something greater than the sum of its parts. Call it luck or just call it life, but the end result wasn’t quite what either of us expected. 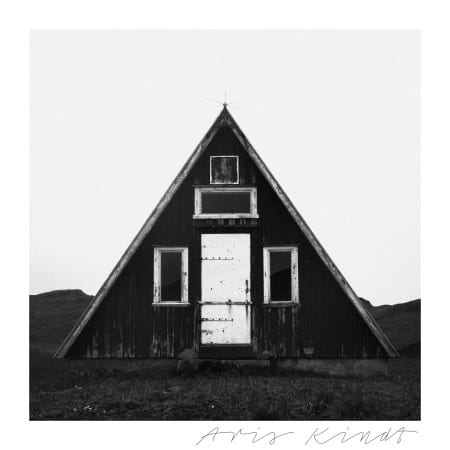 After self ­releasing two albums that were essentially inspired by the passing of both my mother and father, I began to reflect critically about the motivation to put such a public display of mourning out into the world, both musically and discursively through the various press outlets that covered the album.

My last two LPs had dealt head on with memory, specifically those related to life and death of my parents. Once a major work is finished, you naturally ask yourself the question, “what’s next”?

This question posed an existential dilemma for me, as how could there be a “what’s next?” Isn’t that the purpose of mourning? We mourn, we heal, and we are meant to move on, or so we are told.

The reality is, mourning doesn’t end. It just keeps popping up in different forms, much like finding a ten dollar bill in your pants pocket when doing laundry minus the pleasantries of the discovery. Given this quandary, it felt impossible to begin another album, as my own solo work seemed too stuck in that cycle to produce any material that didn’t seem redundant. 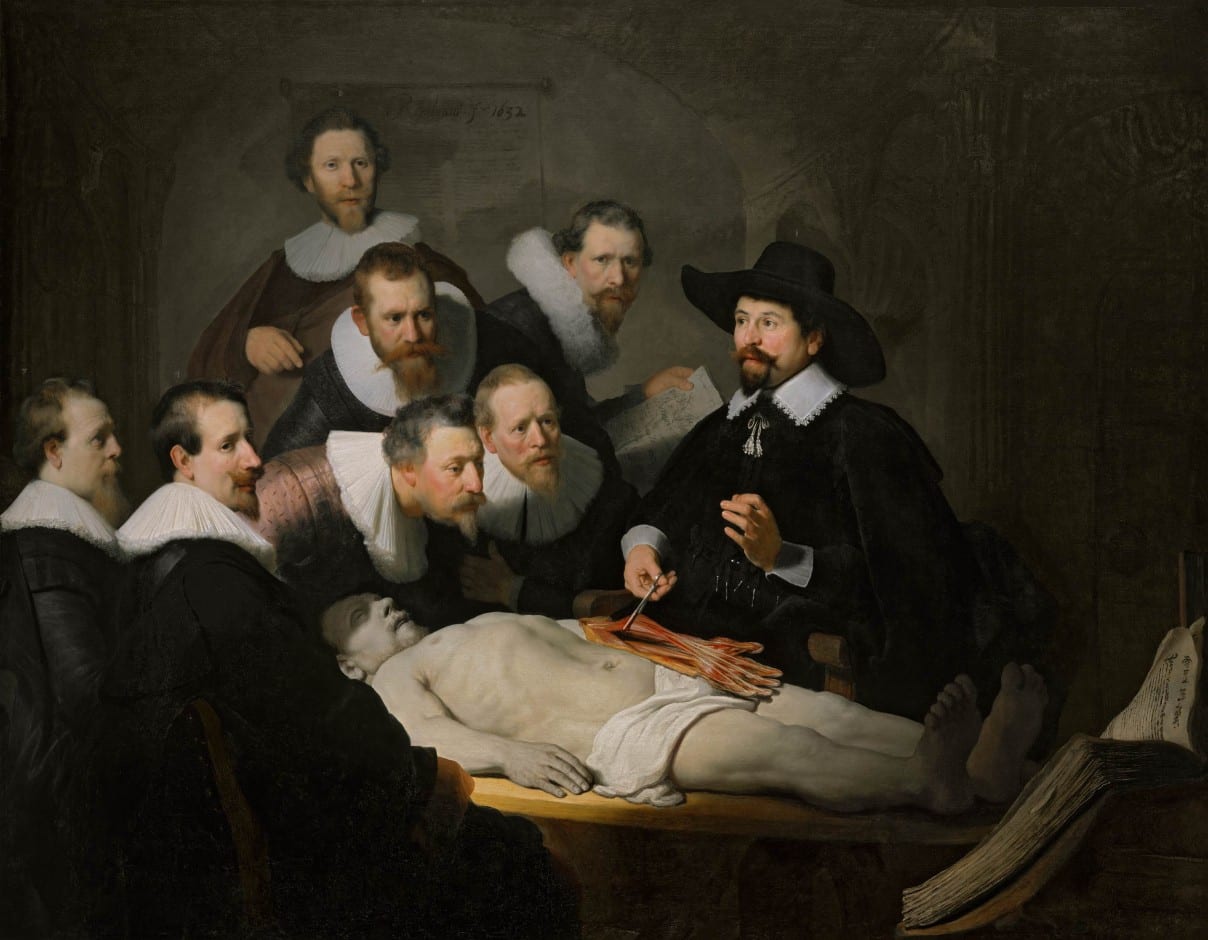 At the time, I was knee deep in reading W.G. Sebald’s novels, dealing with much of the same themes of memory and loss. In the opening pages of his masterwork, Rings of Saturn, Sebald goes into a lengthy rumination on Rembrandt’s ‘The Anatomy Lesson of Dr Nicolaes Tulp‘ (1631).

At the center of the painting is the prisoner and cadaver, Aris Kindt. Sebald relates the anatomic inconsistencies of the painting to an attempt by Rembrandt to bring the focus of the work back to Kindt rather than the gallery of Doctors surrounding the body.

In a manner, he was bringing him back to life. It struck me that much like the poor Mr. Kindt, we are all somewhat invisible, given how fast information, commodities, products, capital and images are exchanged every minute of every day.

The body, in essence, must disappear in order to make room for more and more surfaces of socio­economic and cultural encoding. If Capital is abstract, so must be the conduits of exchange.

With this album, we wanted to do our best to bring the body back into the picture. Thus the sound needed to be tangible, almost tactile, disturbing and serene at the same time. Memory is not commensurate with nostalgia. Nostalgia is a device to romanticise the past, not deal with it, so “Floods” needed to be just that, a sweeping movement of sound that felt like a wave crashing against the body. 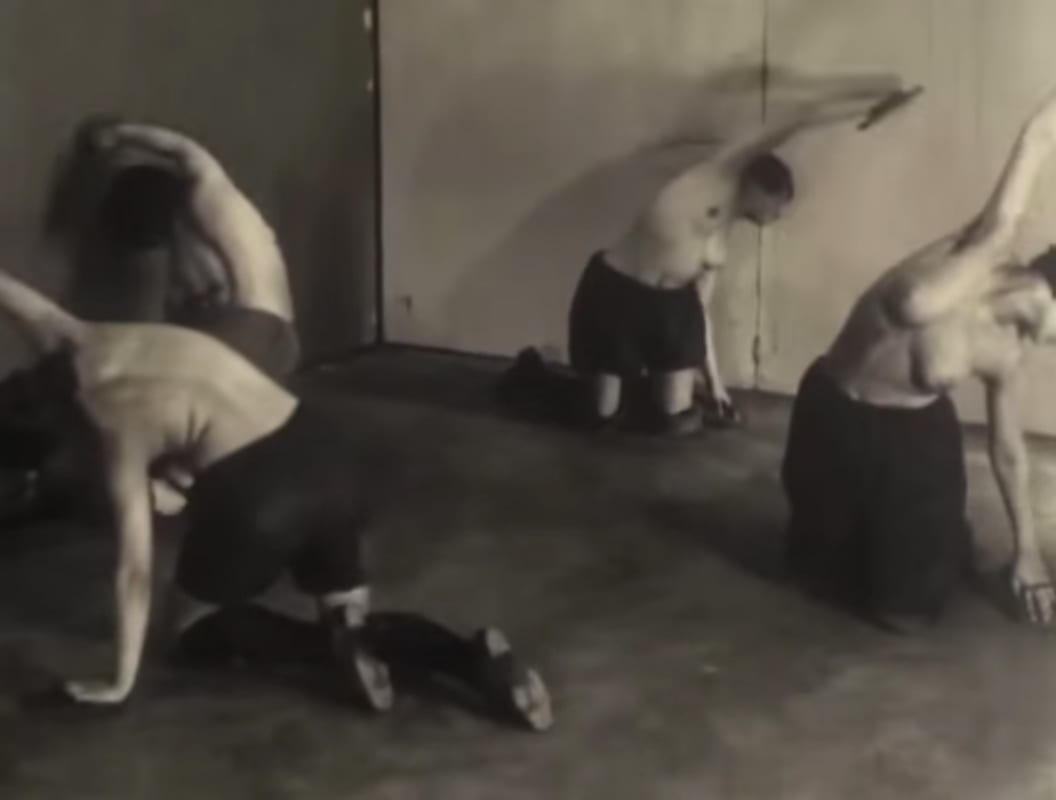 Where were the two of you based whilst working on the album?

We did a great deal of the writing remotely, sending parts back and forth to each other. I live in New York and Gabe in San Diego.

How did you go about working together on the album? Were you in close proximity whilst making and finalising the album, or did your location determine your relationship?

We had the idea that we would get the songs together as much as possible before putting it all together with additional tracking and final mixing in Benton Harbor at Keyclub Recording Company, with engineering luminary, Bill Skibbe.

The process was rather long and arduous, taking well over a year to complete. When we got to the studio for mix, most of the material was in a form we were both quite happy with but given the preamps, mics, guitar amps, and additional instruments at our disposal at Keyclub, we ended up tracking more material.

The mix process was an essential factor in the making of the LP, as the layers of sound needed a density without losing dynamics.

We also wanted to bring a level of harmonic depth to the piece, given the various sounds moving in and out of each song, so a large format console with an ability to push the sound without smashing seemed necessary and the Daniel N. Flickinger Mod N32 Matrix Mixing Console did just that and more. Of course, none of this would have been possible without the ears of Bill Skibbe, who ran the show for us. 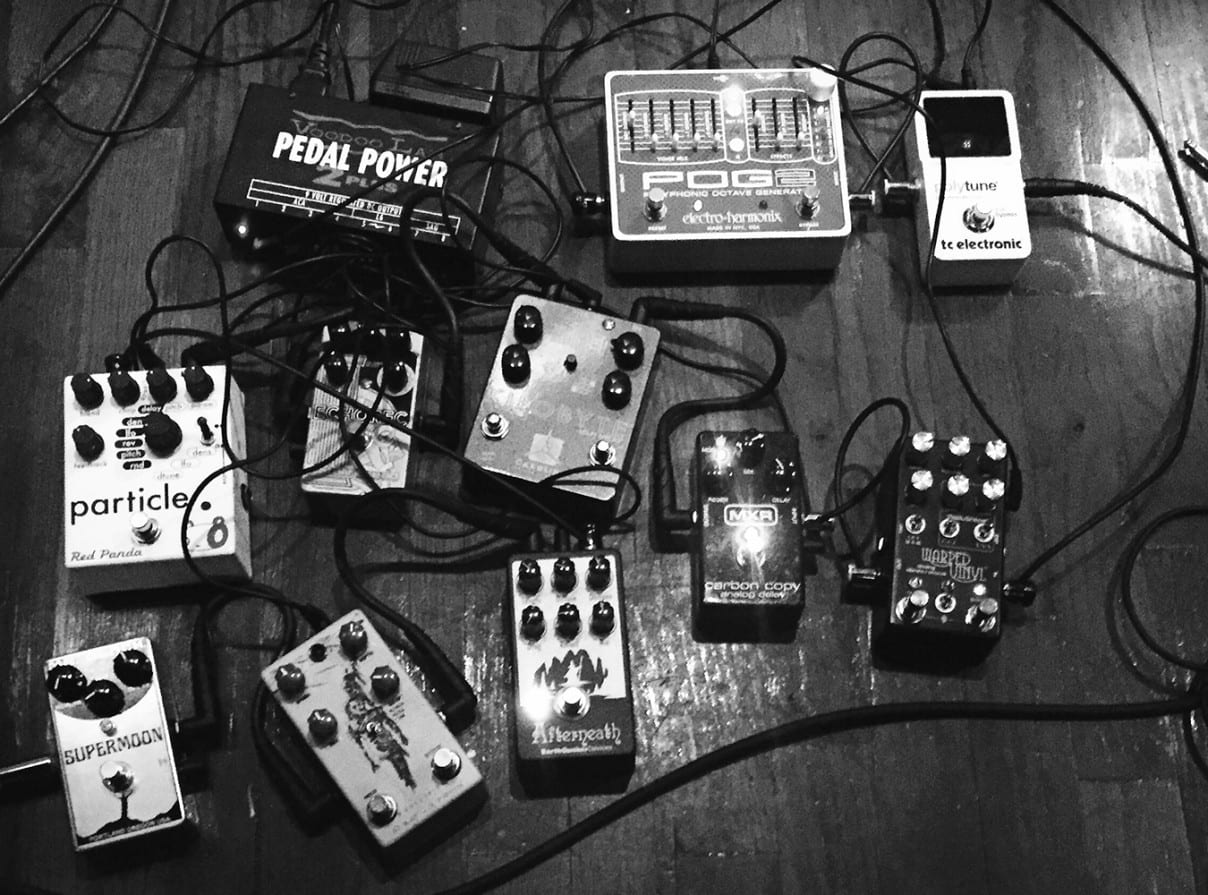 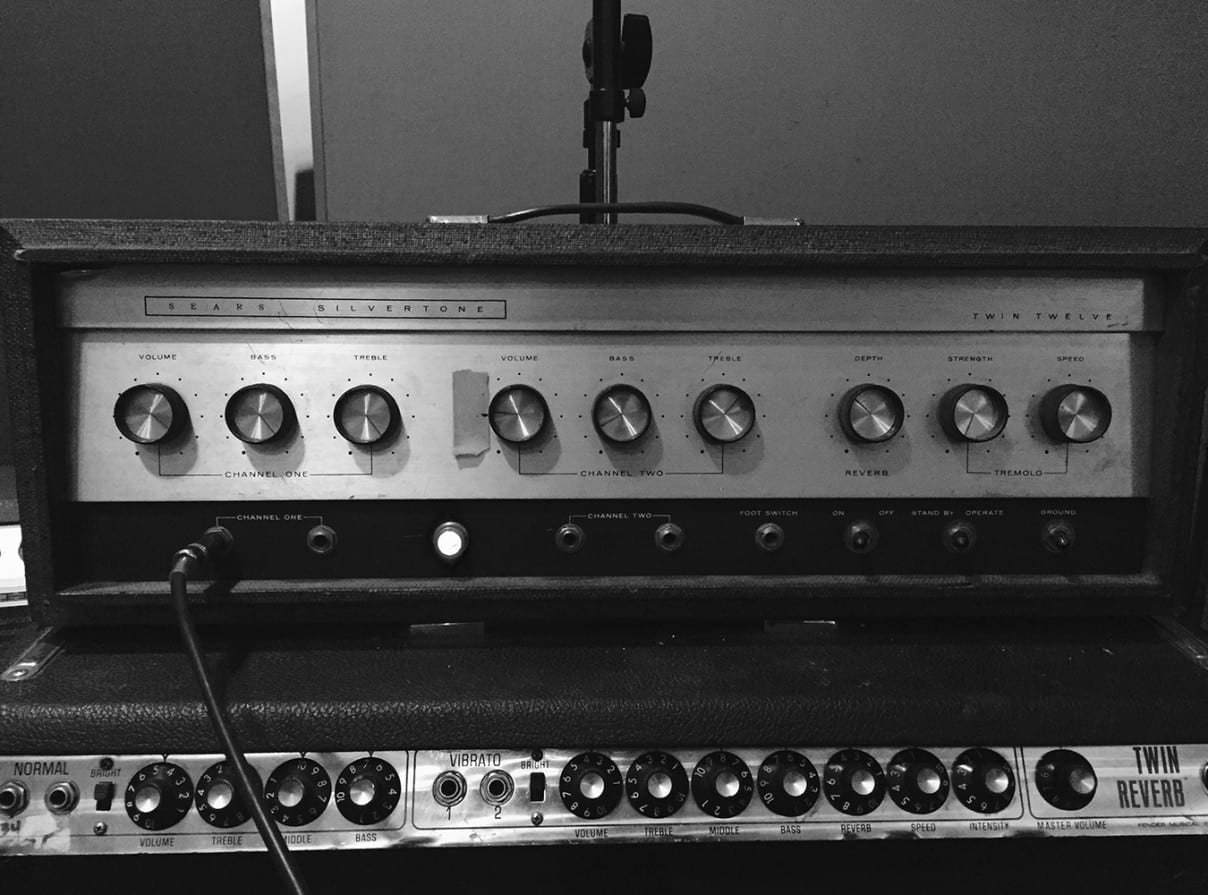 Was it a case of casually jamming till something good sounding developed or did you have a pre­determined idea for the album?

Conceptually, the album was pre­determined. We wanted something that was always teetering a line between atonal noise and melodic musical structures, something that in a way feels like the dreamlike state of memory itself, confusion that peaks its head out for a moment of clarity, then back into fray of the unconscious.

Give us some context for the music video “Floods”?

From the beginning, we wanted “Floods” to have a visual component. It was important to relate the music with a visual aspect in much the same way Sebald uses photographs in his novels. Memory is not a simple thing. It’s full of contradictions. We wanted the video piece to have a dynamic that embodied the complicated nature of how we remember.**

At the time, I was speaking with artist and frequent collaborator Gry Bagøien about what I was looking for and she introduced me to the work of Rikke Benborg. Much of her art has the body as the central focal point, but in what I felt was a strangely wonderful context.

I was immediately drawn to her work and asked Gry to make the introduction. We set up a time to discuss the project and began to map out what we wanted it to be, but in the end and much to our liking, it also took a life of its own. Rikke’s vision was unexpected but oddly in lock step with the music, much like a dream in itself, they are our own, but feel foreign and invading. In explaining the piece, Rikke wrote to me,

“Rembrandt’s painting challenges the act of seeing, as is the goal in the visuals for Floods. By juxtaposing film from various contexts and creating new unexpected images like feet in an aquarium with eels, a face being absorbed by superimposed imagery of magnified bacteria, or even the act of sawing a bone, I wanted to recreate the sense of awkwardness, which is already present in the anatomically incorrect hand of Aris Kindt. Through found footage and existing images ­ rearranged, superimposed, and de­contextualized – I can create a new narrative, or even, perhaps, a new body.” 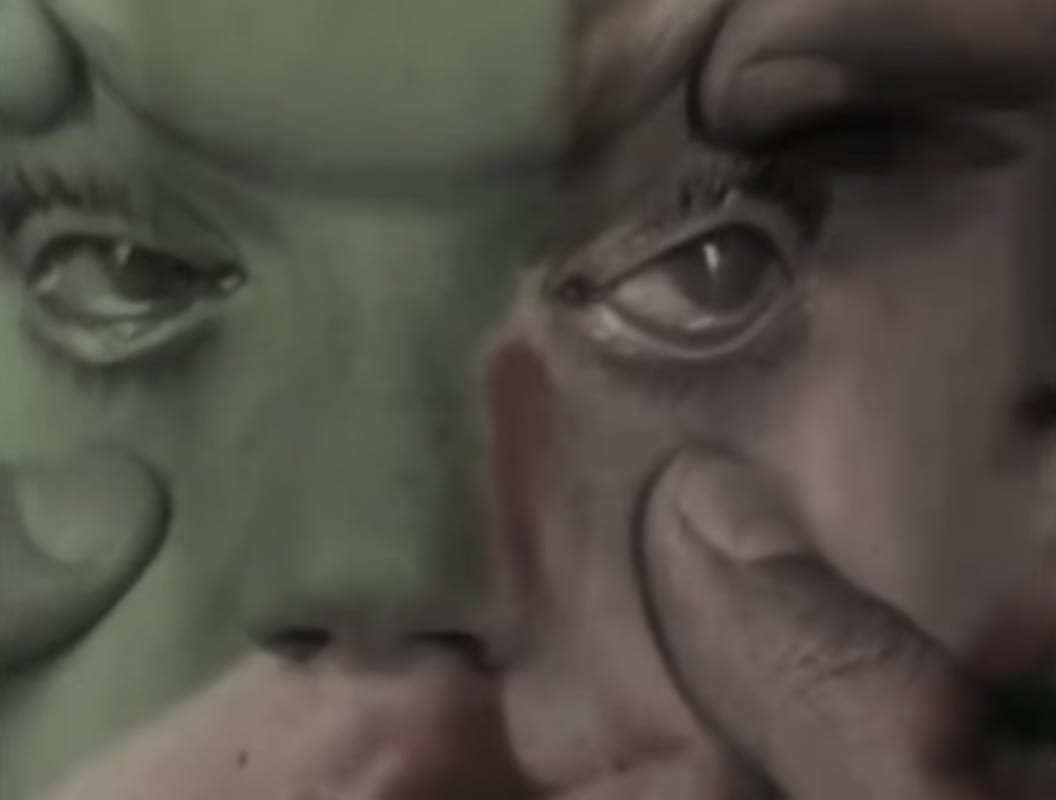 The film has a creepy aura to it. Old footage of people doing various activities and pastimes. In your opinion, how does the film enhance the dense layers of noise and brittle beats in “Floods”?

It further traces a line of trauma and, simultaneously, relief that is so much like the way we remember and how that makes us feel.

The choreographed juxtaposition of shocking images followed by the serene or beautiful forces the viewer/listener into thought. It seems fitting that there are many “where the hell did she get that footage” moments, so much so ,that, often you forget you are listening. This sensation is disorientating, much like the feeling of waking from a dream.

What’s next for Aris Kindt? Is this an ongoing project and live show, or a one off?

We are beginning to work on the live show. We have a few dates lined up for February. The show will be a challenge as there are a lot of moving parts to put together. 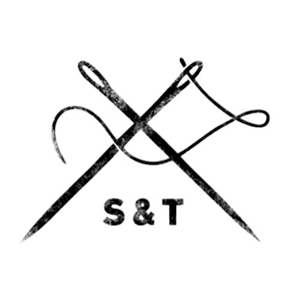