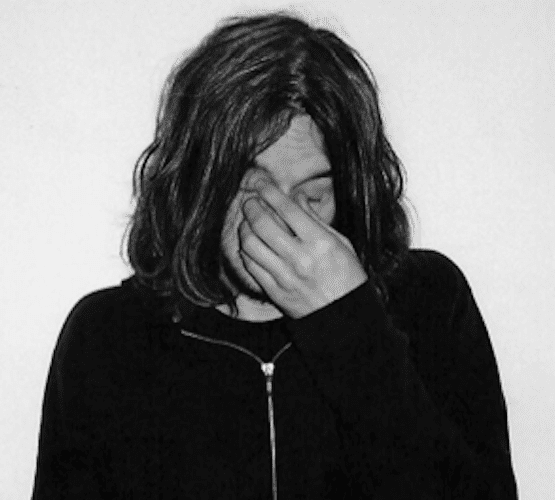 Chris Cunningham’s films are like nothing else on earth. His supremely original and surreal imagery will be appreciated for as long as there is sense in this world. His films are light years from the sort of tired promos you might stumble across on MTV. His dark and hyper-realistic portrayal of everything natural or supernatural is carried out with nightmarish precision and cybernetic imagery.

Chris first strolled onto the scene in the early 90’s in the art departments of major motion pictures, designing robots and creatures for Clive Barker and David Fincher. His work on ‘Judge Dredd’ propelled him, in 1995, to work with the late Stanley Kubrick on his then-unfinished project A.I. (which was picked up by Speilberg (and ruined…). While working with Kubrick, Cunningham directed his first music video, Autechre’s Second Bad Vilbel. What followed was a series of videos with various alternative English rock bands where Cunningham learned the ropes of film making.

“It was a slight detour and an experiment to me. It is a short film where i wanted to try and get my interest in anatomy and figurative drawings out of my system. It was intended to be completely abstract but it didn’t quite work out that way and although it feels like its trying to say something, it isn’t.“

Even though he was never entirely pleased with his effort for Autechre it is unashamedly evil and eerie. It has been his collaborations with Richard James (AKA Aphex Twin) that really put him on the global map.

His imagination has very little limits, in 1997 he released his breakthrough, Aphex Twin’s – ‘Come to Daddy’, capturing an old woman terrorised by rampaging children and a wizened alien who emerges, screaming, from a discarded television set, all of them bearing the face of Richard James. 1998’s Windowlicker radiates a similarly nightmarish logic. For almost half its 10-odd minute length, music plays second fiddle to a heroically foul-mouthed exchange between two desperate ‘players’, trying to coax two unimpressed hookers into their convertible.

Just when you’re wondering if you’re watching the right film, James shunts the geezers out of the way in a 500ft limo, the beat kicks in, and the girls, as before, grotesquely take on James’s grinning mug. These two films in particular were to be the mantle on which Cunningham would rise above the rest of the directors of his class. Words can rarely give his films any justice as they are so individual it is hard to compare them with anything…ever. You simply have to watch them to understand them.

After Windowlicker, Chris made a promo for Squarepusher in 1998, titled ‘Come On My Selector’. After trouble deciding what would go with this tricky tune, he chose to go for the a film shot in a mental hospital involving a dog and a Japanese girl. One of Cunningham’s greatest skills are his editing capabilities, his frantically precise and complex editing is one of the main reasons why he is so renowned. His next promo would be one of his most famous. He took on a chance to work with Björk in 1999.

‘All is Full of Love’ is a sexually charged visual exploration involving two robots. As they arouse and coax each other they appear to fall in love. The video reaches its climax as the robots join in an embrace while still being detailed by the industrial machines beside them. Each robot was designed by Cunningham, and the faces are reminiscent of Björk’s own delicate features.

With his series of music videos completed, Chris produced a number of commercials, including Telecom Italia, Playstation, Orange, ITV, and Nissan. Unsurprisingly they stick out as commercials and are far from the norm. Then the opportunity arose for him to work with Aphex Twin’s again for a short film. This became flex, which was commissioned by the Anthony D’Odday Gallery for a month-long exhibition with sculpture Ron Mueck.

“In the piece, two isolated, naked human figures (one male, one female) make love in a huge vacuum of darkness. However after a moment the sex turns violent, with disastrous results.

As explicit as it sounds, the film is not pornography in any sense of the word. There is absolutely no nudity: the figures are covered in deep shadows. In fact we can barely even see their faces. They are ciphers to the audience, mysterious figures symbolising the whole human race.

In Flex, Cunningham suggests that sex is the only way humans can ever really cure their loneliness. The characters are completely isolated from each other at the beginning of the film: two lone figures floating in darkness. However when they do find each other their love is short and furious.

The editing becomes frantic, with shots lasting no more than half a second. But the very fact that things turn dark very quickly perhaps implies that no good can come about from human contact. Soon the two do not seem two be in love at all.

Instead they are violently attacking each other, driven by the desire to end their loneliness. The fact that the two are stark naked implies that maybe humanity is so primal sex is our only concern. In fact the very first shot of the movie creates images of the womb as the male figure floats in darkness.

One could write a whole essay on Flex. I haven’t even begun to talk about the final burst of light that separates the two. And yet this is a major advantage of the film. In a story without a single line of spoken dialogue Cunningham raises themes and concepts that even a feature film with have difficulty comprehending”

Cunningham made another short film called Monkey Drummer. It’s a 2 and a half minute piece commissioned again by the Anthony D’Offay Gallery. It was meant to be a companion piece to flex, but wasn’t finished in time for the September 2000 exhibition.

“Completed in 2001, the short is a humorous, kinetic study of a mechanical being with nine appendages; six arms, two legs, and one, ahem, drumstick, all seemingly controlled by the head of a monkey, though it’s unclear what’s in control here. Each flesh-and-blood body part, jutting from a black steel frame, plays an instrument in Aphex Twin’s hyperactive, dense Mt Saint Michel + Saint Michaels Mount, the 10th track on his 2001 album druqks.”

The madness of this short is slow to sink in as the mixture of mechanics and human flesh seems to work almost too well and can confuse the unsuspecting voyeur. At first I couldn’t quite work out someone could make a construction such as this but it turns out that the body parts are real. Each limb belongs to drummer Sigtryggur “Siggi” Baldursson, founding member of the Sugarcubes, who was shot multiple times in these various positions, and whose torso was chopped off in post. The film is also shot in such away that if you have a pair of 3D glasses (unlikely i know) the whole thing takes on another dimension.

Back in 2005, Chris Cunningham played at the Electraglide Festival in Japan, showcasing his talents both as a DJ and a VJ. Cunningham often cites George Lucas’s Star Wars as influential. “Star Wars is such a fucking fundamental influence in my work,” he says in RES. “It’s all white costumes against black walls – everything’s very classy.” I think you’ll agree that this set is insanely bad ass and it’s essence is purely PPPOOOWWWEERRRR:

Around the same time in 2005 Chris released Rubber Johnny, which is a six minute short film showing how disturbing Chris can be. Even though there are some seriously disgusting images in this short film the turbo-charged pace of everything deformed and eerie is epic. I took him six months to edit even though the film was cut in half. It came released with a book whose photos are definitely unsafe for work. When Warp Films were preparing to release the book and DVD, the Italian printers backed out, protesting that it was “too indecent to subject their workers to seeing it at the mill, and they flatly refused to print it on moral grounds.” That basically explains quite a bit.

One of Cunningham’s latest escapades involved diva Grace Jones. Chris Cunningham’s inspiration for this photo shoot came from ‘Rubber Johnny’. Chris said, “When I made the images for Rubber Johnny, I wanted to make some Nubian versions to accompany them. For me, Grace has the strongest iconography of any artist in music. She’s definitely the most inspiring person I’ve worked with so far.” The article was for Dazed magazine early last year.