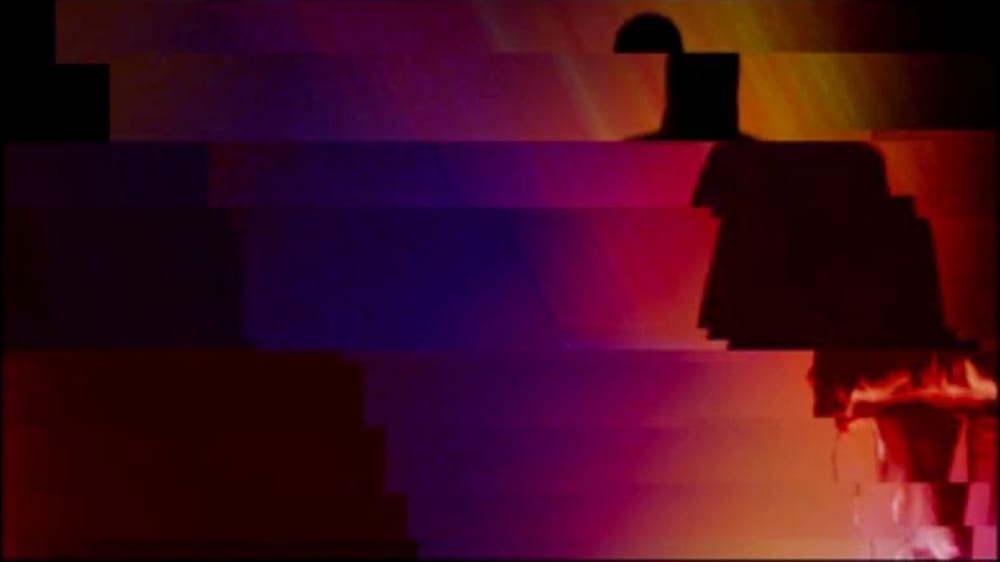 Giganta is Eleni Adamopoulou, a DJ, producer and sound designer from Athens gearing up for her debut Werkdiscs release on 17th March. Ahead of the release of “Force EP” Eleni is premiering her new music video for “This Goes On” via Inverted Audio. We have also asked Eleni a few questions about the concept behind the video, her use of the glitch aesthetic and if she has plans to work further with Werkhaus, the creative arm of Werkdiscs.

What’s your background in visual arts and videography?

I’ve been interested in the audio – visual aspect since when I was studying music for theatre and cinema.

First, I was interested in taking the audio out of the videos I was recording and sample the sounds, then I thought it would be nice to learn how to edit videos and try to work on something. I work on visual things, when I have an idea. I don’t consider myself a visual artist, I’m just interested to see how things are made.

Where and when was the video shot and who is the character?

The video is made of images from a Greek female performer named Marianna Kaza. I took some photos during her performance some years ago and used it to make this video. The character is faceless; it can be you, me, him, her, a shadow, and a person’s shape.

Can you describe what the Giganta aesthetic is and walk us through your workflow?

Giganta is a super-villain; she has the power to become a Giantess when needed. She is my fantasy character, so I felt the need to make her an image that reflects her strength and power. I made colourful digital drawings that could represent her sound visually.

Did you have a pre-determined formula for making this video? Is there a concept or narrative behind it?

The idea for the video was to glitch a faceless person. This way the colours that represent her feelings would change shape, mix, glitch and contrast. It’s an endless procedure for our feelings and this goes on. Motion of glitch images is stretching the colours and mixes the pixels, in a very interesting way that is very similar to my editing and mixing process in music. Most of the time I work instinctively, the sense and taste of things is of importance to me.

Where did your interest in glitch stem from?

Glitch was important to shape my sound. I like mistakes and false ways to do things; you can learn from it and use it to do a “correct” and “false” combination. I use it in my music a lot. I enjoy it also in art. You can open a picture in an audio program, put some filters, edit, and save it as a new image. It’s your image now, you changed the inside part of it and here you go, you got your own image. Glitch is an error in the system and you can use errors creatively.

Do you study other visual and video artists for inspiration and for alternative approaches to reach the glitch aesthetic?

I do search and watch how other artists work, is always inspirational. I don’t try to do something the way they have done it, it wouldn’t make sense or help me express myself. But the aesthetic part of other artists is something I admire and keep it in the back of my head.

Both the video and EP are vivid in colour. What is the importance of colour to you and how does it influence you in music and everyday life?

Colours reflect imagination. Imagination is a dream. Dream is a colour gradient. I want to express happy, powerful and positive vibes through my music, so it feels colourful. When I play or make music, it’s like I’m inside a colourful bubble, it’s a fantastic feeling and journey through waveforms.

Do you think visuals enhance audio or that audio enhances visuals? Is there a perfect balance?

Music should accompany visuals and the opposite, in order to coexist, match and find balance. Neither music, nor visuals should have the main role. Like in the movies, an amazing soundtrack in a bad movie doesn’t make the movie or the music feel good.

Since you’re releasing music via Werkdiscs, will you be getting involved with Werkhaus, the creative house associated with the record label?

Hopefully yes, we are in contact, if there’s something I can do, and fits, we’ll do it. What’s next for your musical output? I keep making music and working on sound design. Don’t know about tomorrow. Probably something good will happen!

Discover more about Giganta and Werkdiscs on Inverted Audio.