‘Approach‘ loans its name from the serial titles of Yoshihisa Tagami’s ‘Grey‘, one of the first manga translated and serialised into English. From as early as 13, English was reading these graphic novels, and while there was meaning for him at the time, ‘Approach‘ is largely concerned with remembrance, and with perceiving the potency of events over time.

Returning to ‘Grey‘ recently and by certain coincidences, English fleshed out a full album of retrospect, working the manga’s themes into monochromatic desert expanses perceivably inspired by the typical black and white pages of the medium of manga, but perhaps also indicative of a shadowed period of youth when one has little true control over their own choices.

‘Approach‘ is a monolithic silhouette, a great shape at the edge of sight, broiling with the same kind of intensity and the same blanched tones as other great works written as if in memoriam — The Caretaker’s works, for one example.

Emma Northey renders this, and much else, into her arresting video for ‘Approach VIII: Becoming Halfling‘, a visual accoutrement that makes it hard to determine which came first: is it the shapes and landscape-like forms swirling in the darkness making the noise, or are the sounds, reflecting on a surface and rendering themselves into form? Or perhaps neither, both just glimpses of one sinuous, near-living being. 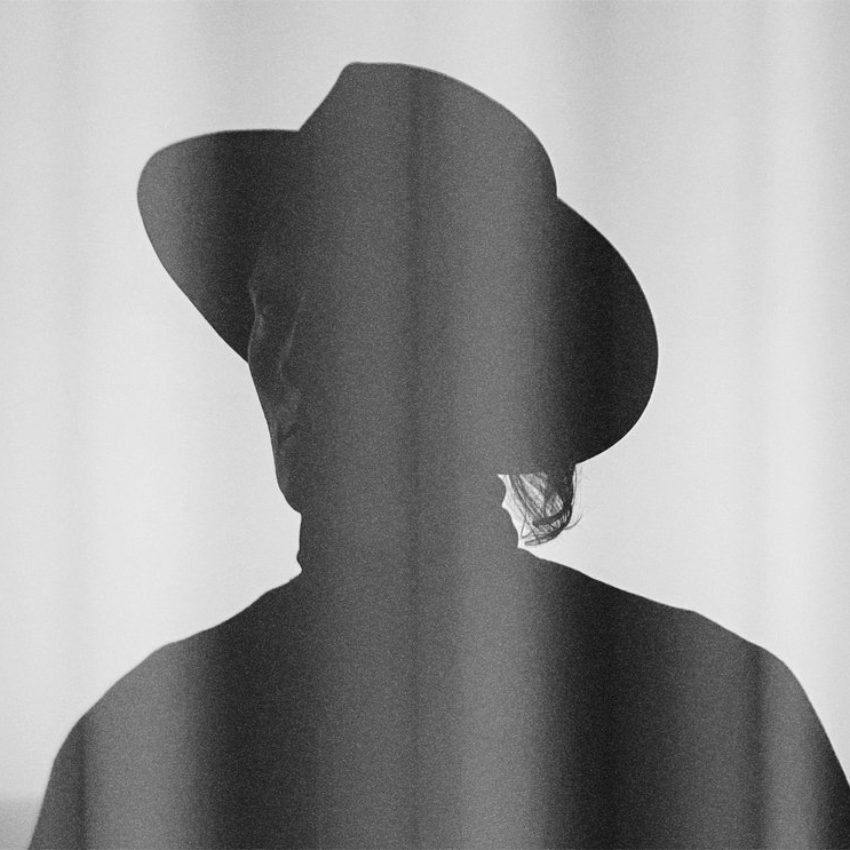 Hi Lawrence – thank you for speaking with us on this release. I’ll first ask on the subject of the album itself, which is overtly influenced by Yoshihisa Tagami’s ‘Grey’ manga, but seemingly also an echo of a more difficult time. In the album, grey is a certainly defining hue in the sound. How much of this is indebted to the manga, and how much do you think other old memories crept into your composition?

It’s interesting you mention that sense of the grey as a defining hue for the album. I agree whole heartedly with that reading of it. When I was working on the materials that became this album, I was heavily drawing on some of the graphical techniques that Tagami utilises as a mangaka. He has some very defining qualities to his work, that I feel very much made his style special then, and now too.

One of the elements I drew on most often was his visual transcriptions of landscapes and spaces; the places within which the characters (and us as the reader) inhabit. Tagami has this dynamic style where the dot and line screens used to make out those spaces take on this very intense and noisy visual aesthetic.

I was interested to try and open that up musically. A lot of the compositional and timbral shaping of the album was guided by his manga, everything from the overall chapter-like quality of the album, through to that texturing and graphical noise that shapes the environments in Grey.

In terms of this idea of memory, I think for me, this album is very much rooted in that idea of accumulation of experiences in time. The album is a reflection, in some ways at least, on an early and seemingly distant version of myself to whom I am now very indebted. It was that version of me then, with all those motivations, uncertainties and flaws that somehow had the resolve to make the me of now possible.

If you can say now with any certainty, how did reading ‘Grey’ make an imprint on you, in your youth?

It’s funny, if you’d asked me about ‘Grey‘ a few years ago, I would of course know it, but I wouldn’t have readily been able to place its role in my life so concisely. Rediscovering Tagami’s work last year, and re-reading the manga, was a real moment for me to recognise just how much I had internalised some of the sentiment of it during those formative years.

I think especially going back to read Harlan Ellison’s introductory essay in the first issue was really quite a potent reminder of how that text opened me up to thinking about how we move through our lives, how power is distributed, what determination means, how we understand logic and sentience, and what roles does aspects like class have on forming hierarchies in society. It asked questions that have become thematic in my life going forward.

This seems to be an album of much personal meaning. Has the process been a cathartic one, on the whole releasing lost memories, or more one of introspection?

I’ve had a couple of different relationships with this album if I am being honest. The first week or so was completely frustrating. This was due in part to the fact that I was really out of practice making solo electronic work. ‘Cruel Optimism‘ was really the last solo electronics record I made and that was completed in October 2016. So to come to this material, to think about new ways to unlock a certain quality in the work took some time and effort.

Part way through that initial week of frustration, I found what was the first piece of the album, ‘Approach VII: Nagoshi‘. I was messing around with the Lyra, made by Soma, and also a Reon Driftbox and I created that surging swell that is at the heart of that piece. Part way through playing that material I felt this thing unlock, like that’s the sound of this record. From there the other pieces came together pretty quickly by my standards. That was indeed cathartic, I must confess.

You have said this is an album about memory, and chance encounters making an impression on a whole lifetime. How did you render this thinking into the creation of the album, in your selection of sounds and the arrangement?

Memory is at the very core of how we form ourselves. It’s not some absolute thing, it’s not faithful or a source of truth. We like to think we can trust memories, but really they are so utterly subjective and that can be problematic depending on how we choose to interact with them. This record is a reflection on a time that I don’t have some many direct memories from. It was a time that was very unsteady and that quality makes the period a little blurry in my mind.

What was amazing about revisiting this manga was it provided a bridge to part of that time. It was a memory vessel, something that carried with it certain ways of recalling senses or feelings from that time. When I held the manga again for the first time in more than three decades, I had a palpable sense of connection to a time and a version of me that feels so very distant now. That was quite beautiful in its way, but also a little bittersweet somehow.

I think the record became a way of pondering all these complex and dense relations. It was a way to build another memory trigger for another version of me to perhaps return to in another three decades….if I make it that far.

We are presenting Emma Northey’s video for the ninth of 13 pieces, subtitled ‘Becoming Halfling’. Did you become acquainted with her work before reaching out with the request? Did you directly collaborate on the video itself, in any way?

I have had the great pleasure to work with Emma on a number of projects in recent years. The first piece we did was a collaboration, which was commission by TURA, a music organisation in Western Australia. I was just amazed with how Emma was able to create these very dense and evolving textures with colour and light.

When I was working on the album, I had her work in my mind and I approached her about potentially making a piece. We spoke about Tagami’s work and I sent her some images of the dot and line screens that had found very foundational for the sonic aspects of the record. She was really taken by them and I think that helped frame up the methodology she used to create the video. I think she is brilliant and truly captures a quality that is simultaneously aligned with the sound and also deepens it. Just amazing.

‘Approach’ is out 23 September via Room40. Order a copy from Bandcamp.