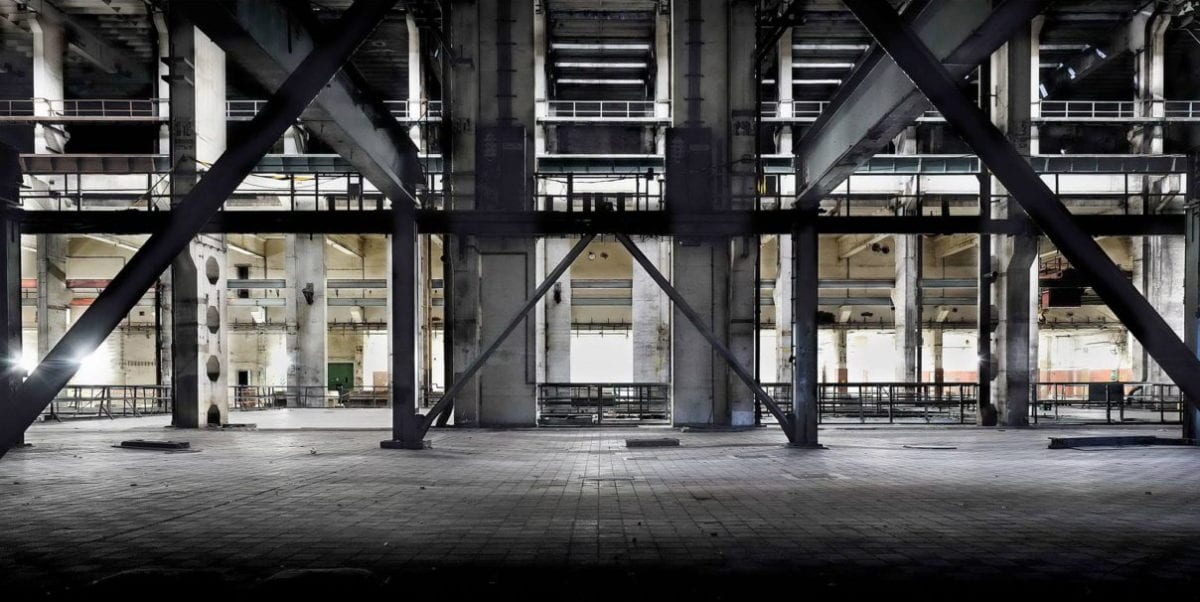 Atonal is without any doubt one of the most eagerly awaited festivals of the summer. Taking place from 24th to 28th August in Berlin Mitte, the four-day event is now widely regarded as one of the leading places for forward-thinking experimentations and one off audio-visual performances. If you weren’t convinced by the first announcement – which we highly doubt, here comes the second wave of special commissions, collaborations, world-premieres and audio-visual sets you’ll get to witness in the 2016 edition. 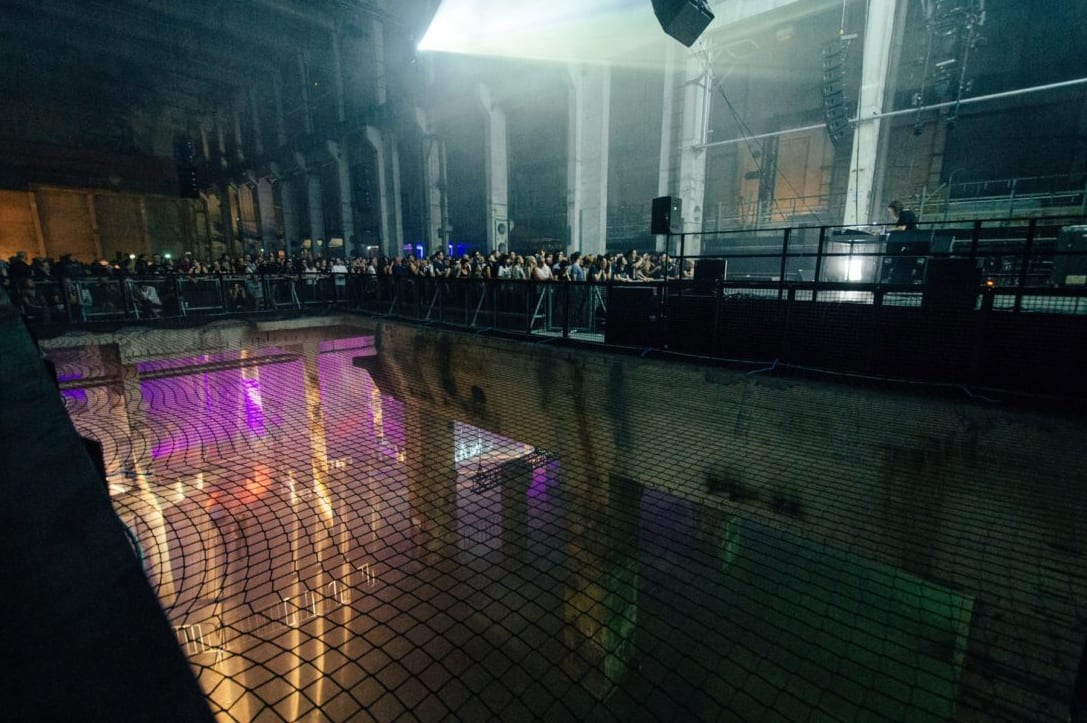 Following on from their performance at The Long Now, Moritz von Oswald and Rashad Becker will team up again for their fathom project, presenting a very special live piano setup processed and reinterpreted through twisted electronics, whilst the brand new collaborative project of industrial-techno artist Orphx and Godflesh’s JK Flesh will hit the stage for an exclusive live set.

Other cutting-edge collaborations listed include synthesizer technology pioneer and EMS founder Peter Zinovieff, who will join forces with renewed cellist Lucy Railton to premiere a new work for cello and electronics, whilst Turk Dietrich of Belong and Telefon Tel Aviv’s Joshua Eustis – already known for their collaboration as Benelli, will be presenting Second Woman, their brand new live project with a release due out soon on Spectrum Spools. 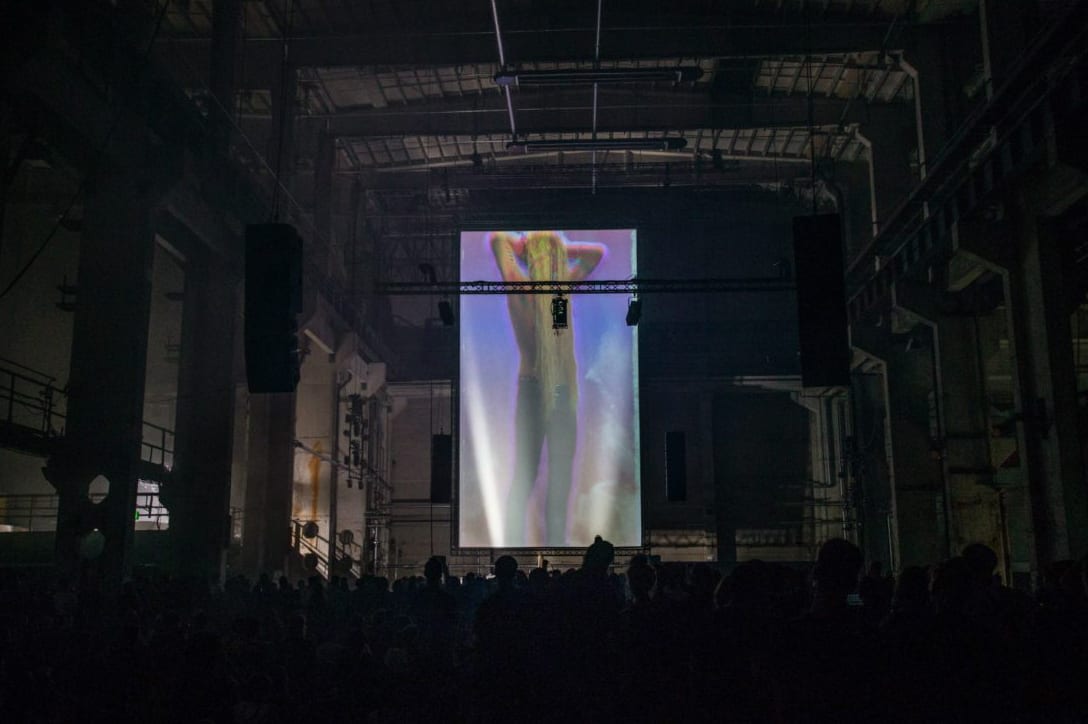 If you are a fan of audio-visual mashups, keep an eye on the new project of legendary experimental artist Mika Vainio, who will team up with Swiss contemporary artist Daniel Pflumm, whilst techno producer Jonas Kopp and award-winning experimental filmmaker Rainer Kohlberger will pave the way to Telluric Lines, the Argentinian’s monumental new undertaking.

After a silence of two decades and the release of their latest album for Mille Plateaux, ‘Techno Animal / Symbiotics‘, German artists Thomas Köner & Andy Mellwig unearth their fabled Porter Ricks project for a very special live show. A perfect way to support the drop of a pair of EP and LP which should see the light of day on Tresor Records shortly.

Early Bird passes sold out within the first hours and the contingent of Festival Passports is nearing its capacity. Day tickets will be released after next month’s announcement which will release the full schedule for the five days in August. Head over to Berlin Atonal for tickets and further information. 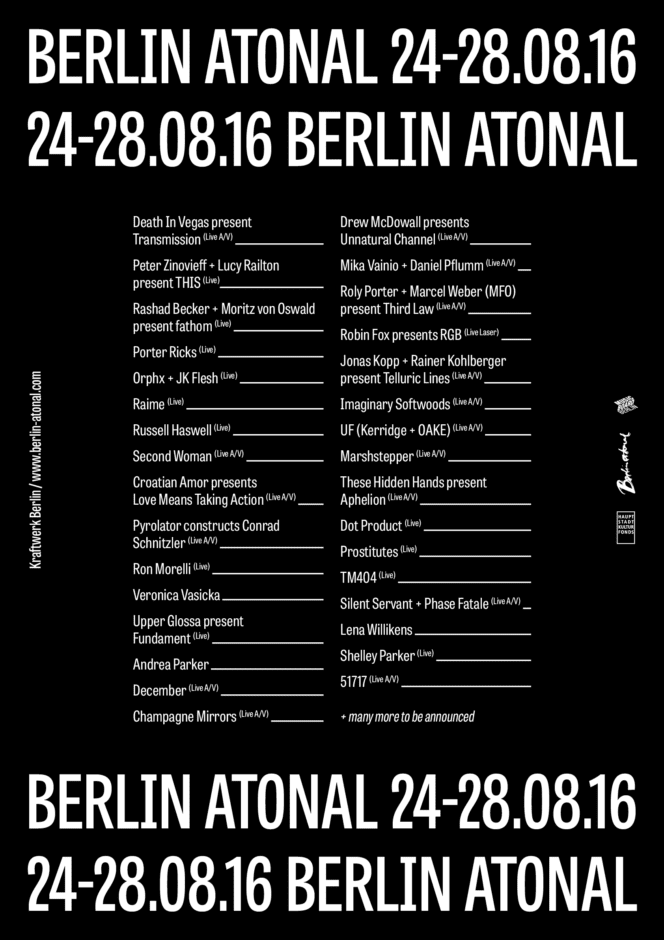