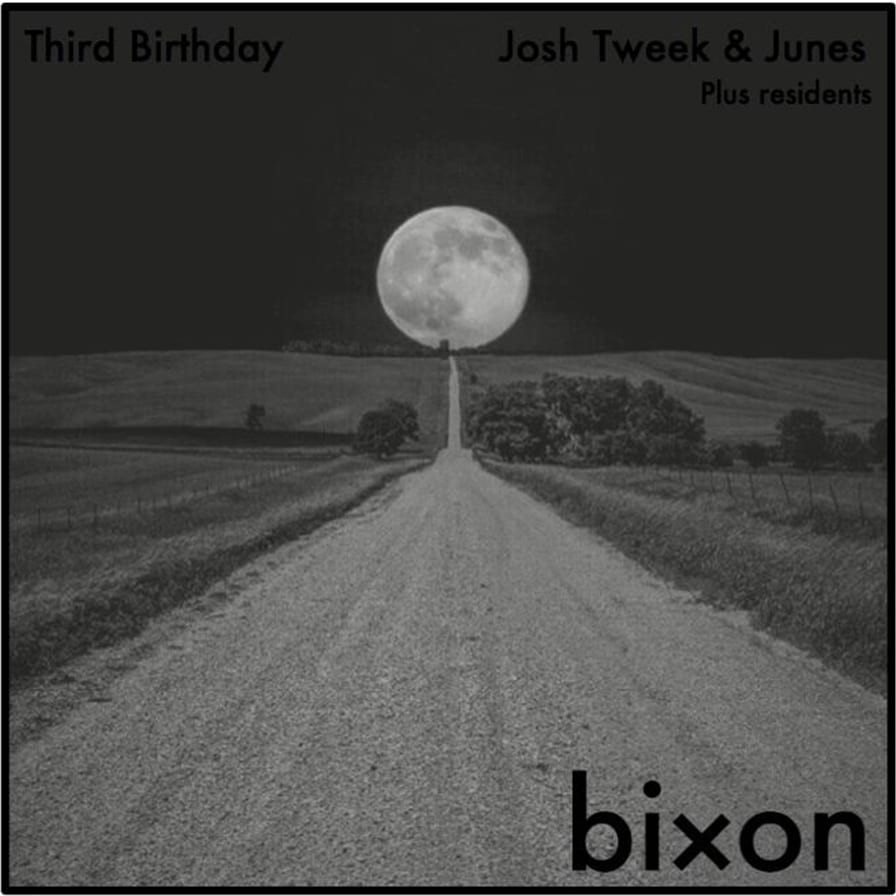 On Friday 19th December, Inverted Audio partner Bixon celebrate their third birthday at BarABar, Stoke Newington in East London with an evening from two of Bixon’s closest friends and past guests.

Three years ago in January Bixon founders took over a small room in Edinburgh and hosted their first event. Their mate from Leeds, Hamish Cole, got on the train and Bixon was created. Bringing the best of local and international artists to intimate spaces in Edinburgh and London for a warm party atmosphere.

On Black Friday Bixon welcome back two of their closest friends and past guests. Josh Tweek and Junes have both played for Bixon at our best in Edinburgh and London, plus shaped some of our most memorable parties across Europe.

Louche co-founder, Josh Tweek has fully committed to Berlin over the past couple of years. After breaking a leg at his first party in the city he has steered a locals haunt Chalet Club as Bookings-Meister, toward a renowned destination for underground heads. With releases on Odd Socks, gigs throughout town and numerous outings to Görli Park – Josh holds an ideal balance of work, production and pleasure.

Similarly Junes has spent his fair share of time in Berlin parks. Outside of this his label Galdoors has not ceased to gain momentum in what can be described as an intertwined path of light between a tight group of mates. The most recent, GAL005 is a vivacious three track EP from Neil himself. Having guested for Bixon’s second birthday and causing an uproar in Edinburgh it wouldn’t have been right not to bring him in on this special party.

Both guests along with Bixon residents have played together in the UK and Berlin before, promoting a close-knit intimate showcase of music for this our last party of 2014.