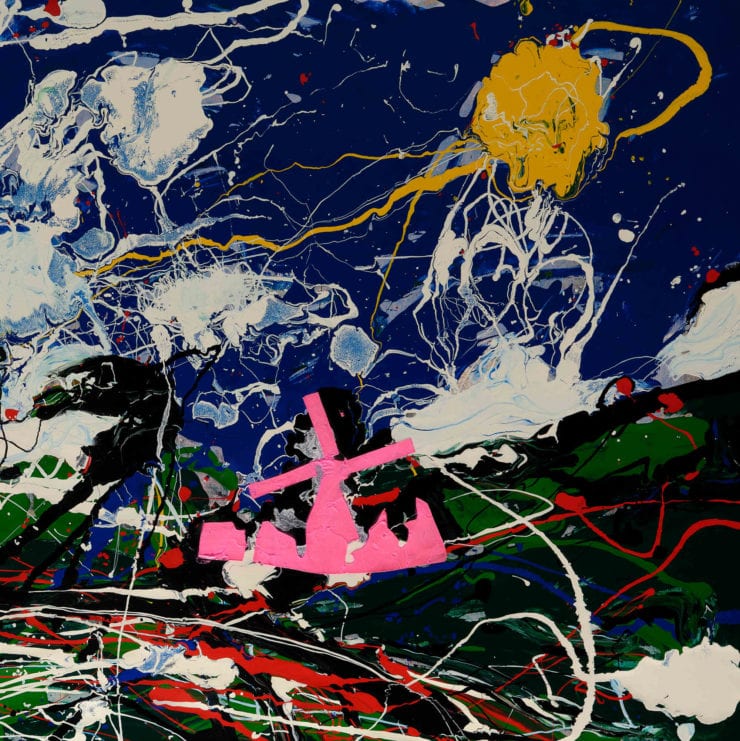 Following in the footsteps of Nathan Fakes’ genre-defining debut album ‘Drowning In A Sea Of Love‘ – Holden’s mini-album effort presented 10 tracks of leftfield IDM, experimental electronica and woozy synths that have became synonymous with the producer and imprint.

Adorned with the iconic full-size oil canvas interpretation of Border Community’s cover art – The Idiots Are Winning is a landmark release that should sit prominently in your record collection. Please note that the repress contains 8 tracks.

‘The Idiots Are Winning’  LP repress is limited to 1000 units and is scheduled for release 11th October 2019. Order a copy from Resident Records.