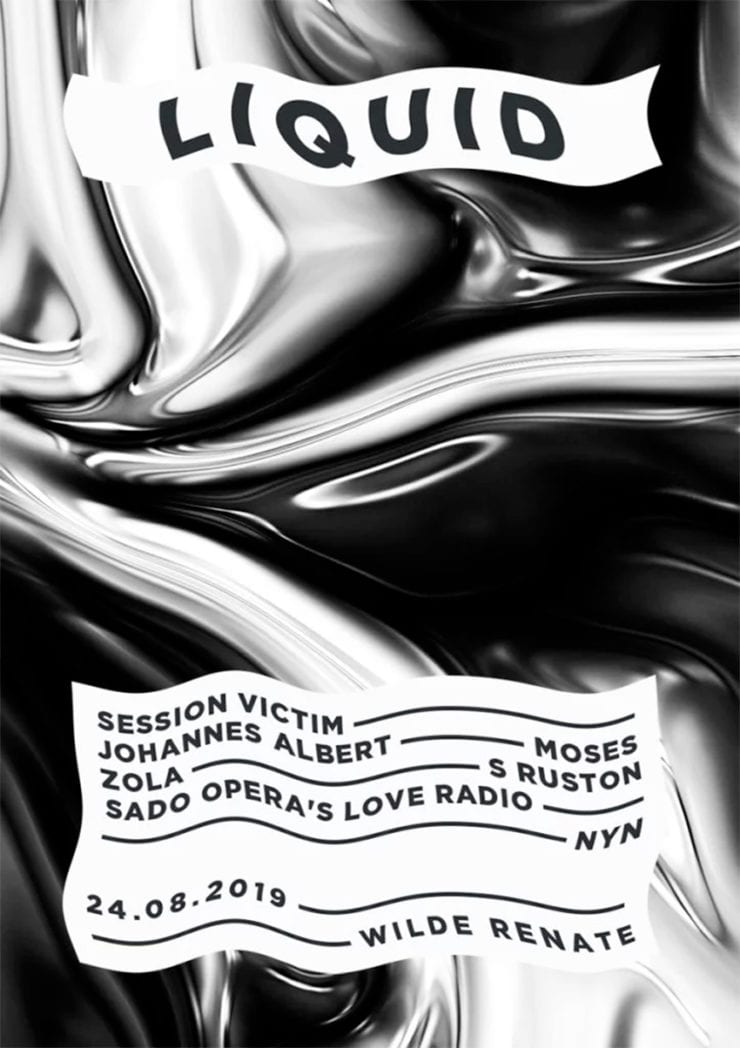 Hailing from Lüneberg, Germany, Hauke Freer and Matthias Reiling have been releasing music as Session Victim since 2008 – throughout their career the duo have shown an irreverent talent for mining house music’s past in order to access its future, and they’ve rarely failed to produce those perfect grooves. The music of Session Victim has always been warm, solid, and eminently danceable.

Having released his second album ‘Lichtenberg‘ in March via Frank Music, Johannes Albert brings his blend of EBM, house, new wave and synth-pop to stir up the senses. Renate resident S Ruston joins in on the action, primed to up the BPM to hammering levels.