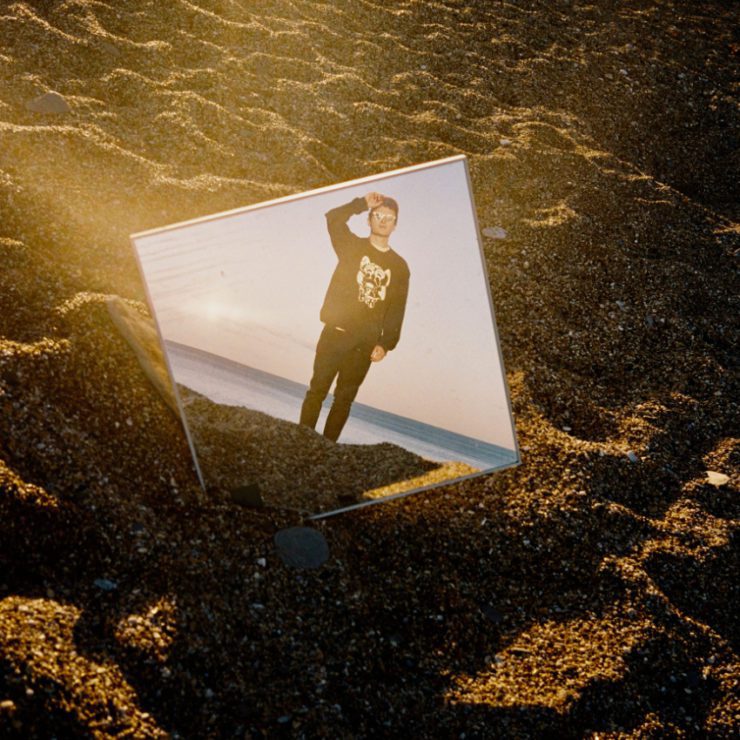 The producer, riddled with aliases, has produced with the likes of Neil Landstrumm on Unknown to the Unknown, and with studio amigo Quiet released a blistering 12″ on renowned label Seagrave. Bona-fide certifications to the side, Rays now musters his lockdown buddies, including queer pop artist GLYSK, R&B/soul artist Theo Ogundipe, and newbie AstraBeneca – the latter earning our respect for pseudonym of the year.

All together, the crew have forged ‘Zesty Enterprises‘, an LP which so immaculately captures the simmering anticipation of a no-lockdown UK summer that it’s hard to think of anything else being spun on deck as you walk back into the club for the first time.

Inspired by 80’s electro pop as much as it is by underground club culture, the ‘Zesty Enterprises‘ is studded with moments of sleaziness and much missed night-out antics, heavily stacked with a sheer pop joy that the likes of Jessy Lanza have mastered so well. However, fear not: like Lanza’s releases, the music ripples with underground quality, from the murky in-between tracks to the toughened, stylistic production, albeit masked somewhat behind the gleam of the glitterball.

Case in point is ‘Chemicals (ft. GLYSK)‘: the track, clear nod and cheeky wink given to the substances generally powering nightlife besides, essentially summarises the long-missed aspects of club culture, rolling all the good and bad up into a house-influenced beat that demands your biggest, most outrageous dance moves. It, like the record as a whole, is about having fun; the antithesis of stern press-shots of all-black sporting DJs, a shot of serotonin for your locked-down brain.

The album comes furnished with a high-gloss trailer, conceptually conceived and shot to perfection around nighttime London — behind a pane of treated plexiglass, for an extra dose of dissociation we’ve been feeling all too well the last year.

‘Zesty Enterprises‘ is scheduled for release 25 June via . Order a copy from Bandcamp.