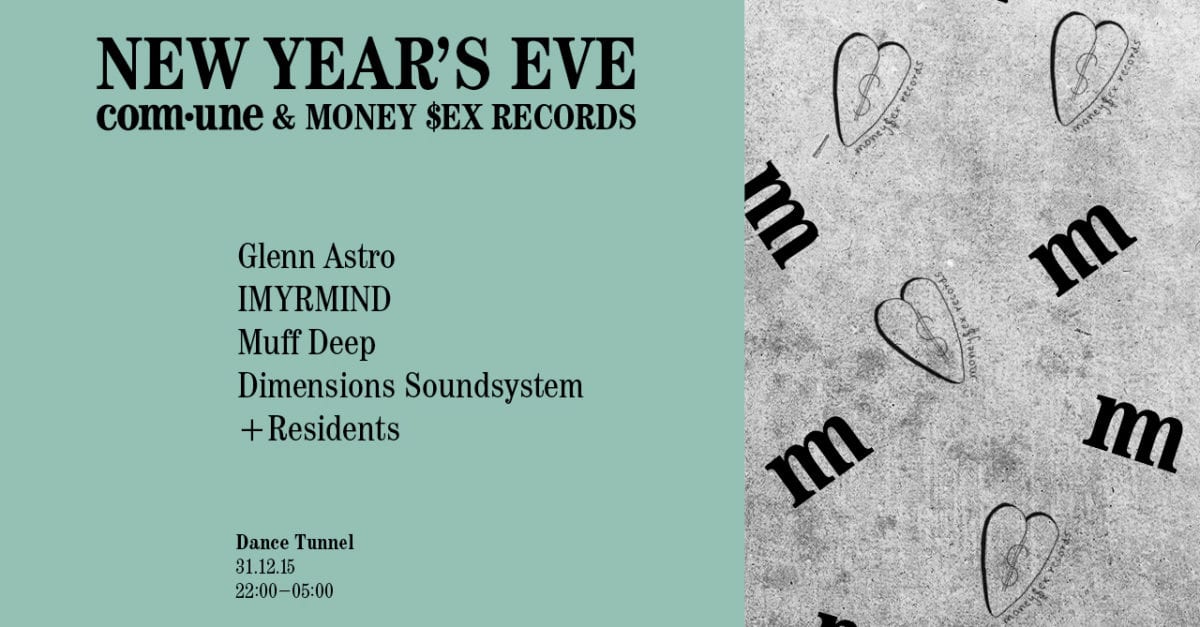 Comm•une are getting ready to see in the New Year with a special evening at Dance Tunnel – collaborating with Berlin label Money $ex Records to see in 2016 with a squad of deadly selectors, warm vibes and limited edition pizza slices (yes, Voodoo Rays are making a one-off batch of Money $ex pizzas).

The brainchild of their headliner Glenn Astro, Max Graef & Delfonic, Money $ex Records has made waves in the first year with quality releases from friends such as IMYRMIND, Hodini, Alex Seidel and a collaboration on the debut release from Max Graef and Glenn Astro. Blending off-kilter house and techno with lashings of woozy soul, jazz, funk, hip-hop and whatever else is kicking around in their their record bags – this is a crew fully equipped for all occasions!

Following a slew of collaborations with label mates, IMYRMIND’s first solo outing on ‘Money $ex 02’ earlier this year announced the arrival of an illustrious talent with a flair for carnival percussion, skewed jazz and soul with no boundaries. Solidified further on the ‘Tung Po’ EP for Muff Deep’s Tartlet this October, a dumbbell heavy affair that displays a razor sharp sense of rhythm and contrast, blending the smooth and silky with the raw and crunchy in a style very much of his own.

Next up is the head of Copenhagen label Tartlet Records; Emil Margetli Nyholm aka Muff Deep. An avid Record collector, encompassing everything from house and techno through to soul and samba, Emil also dabbles with production and as well as his Muff Deep alias, he is also one half of CTEPEO ‘57 with Max Graef, with releases on Tartlet, Box aud Holz, Voyage Recording and The Gym Recordings.

Rounding off the bill is the almighty soul machine that is Dimensions Soundsystem. A formidable DJ squad formed by the team behind one of the greatest festivals in the world – it’s safe to say the quality of their record collections runs deep. 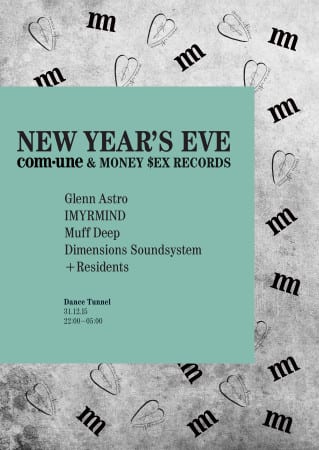