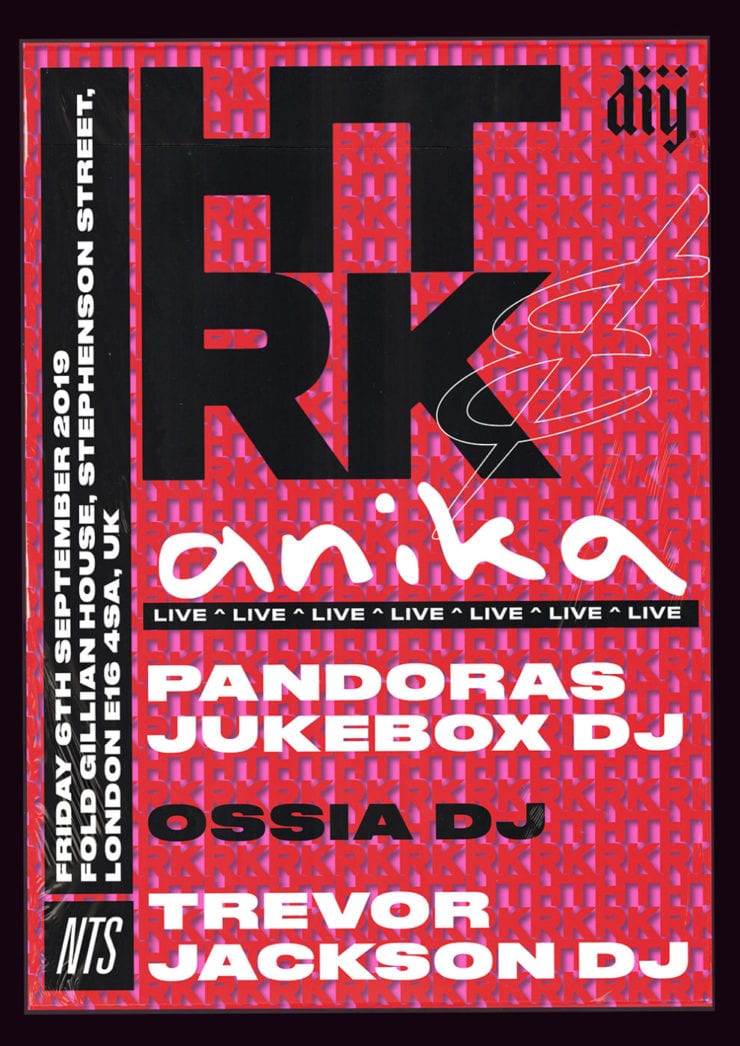 Following a stint of experimental events at The Yard in 2018 with ZULI, Krikor, RKSS and Kenny White – today DIY announce a new event collaboration with NTS at FOLD, commencing on Friday 6th September with an exceptionally rare live performance from Australian band HTRK.

HTRK pronounced “HateRock” formed in 2003 as the duo of Nigel Yang and Sean Stewart in Melbourne’s north-western suburbs, the band soon welcomed vocalist Jonnine Standish into the fold. In 2014 they released “Psychic 9-5 Club” LP via Ghostly International, presenting a dub-wise meditation on altered states and “inner peace” that struck deep with leftfield fans the world over. Since then they self-released two 12″s – most notably the sublime ‘Summer Rain’ – and have been busy working on their fourth studio album, due for release in August. This is likely to be your only chance to see HTRK perform their new album live in London, you do not want to miss this!

Berlin-based singer/songwriter Anika will also perform live, tip-toeing between post-punk, dub and the beyond. Next up is London based art director and A/V adventurer Trevor Jackson who will play a broad spectrum of experimental music, along with ancient oddities of every perceivable genre.

Bristol’s finest Ossia also joins in on the action, presenting a DJ set channelling raw and rootical techno, isolationist abstraction, and dub at its most turbulent and raw-nerved and space-time-warping. Closing out the event are Pandora’s Jukebox offering sonic assemblages with hypnotic noir-dreamscapes and a multi-textured take on electronic music.

Discover more about DIY and FOLD on Inverted Audio.