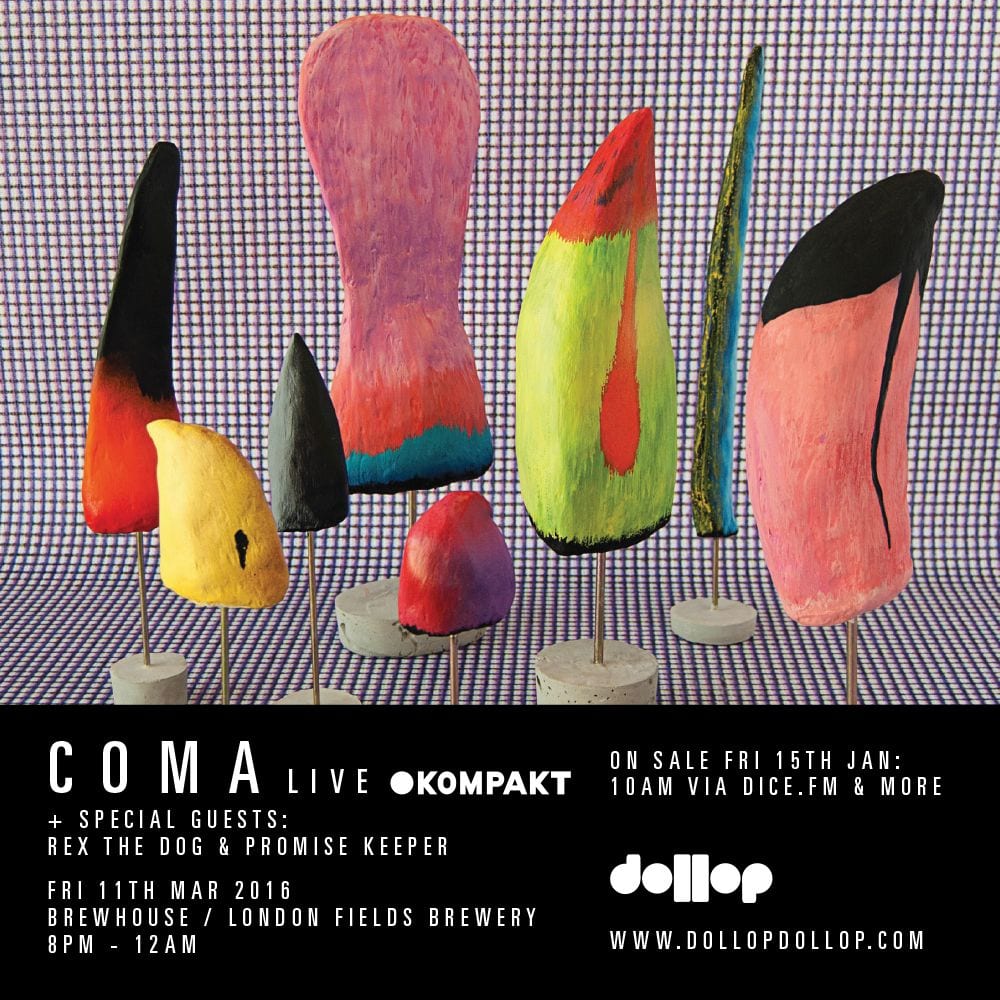 Cologne-based duo Coma touch down in London this Friday to play a rare live album show of pop-infused house and electronica at The Brewhouse / London Fields Brewery alongside Rex The Dog and Promise Keeper.

Since capturing the attention of Kompakt’s co-founder Michael Mayer back in 2007 Marius Bubat and George Conrad aka Coma have released two albums on the imprint. Their most recent ‘This Side Of Paradise’ LP presents 8 tracks of modern synth pop. Stand out tracks include ‘Poor Knight‘, ‘Happiness‘ and ‘Lora‘, which also received the remix treatment from Robag Wruhme and Spanish producer Pional.

Coma combine techno and pop to create a truly unique experience. Playing live on stage with a mixture of laptops, guitars, synthesizers and microphones the duo have found a way to break the barriers between club culture and live concerts, techno and pop. With their likeable naive performances, their intuitions always leave people with a smile on their faces. Support on the night comes from Rex The Dog and Promise Keeper.

Inverted Audio hosted Coma back in 2012 at The Lock Tavern in Camden alongside the band Roosevelt. Listen to a recording of their live show on Soundcloud.

Discover more about Coma and Kompakt on Inverted Audio.