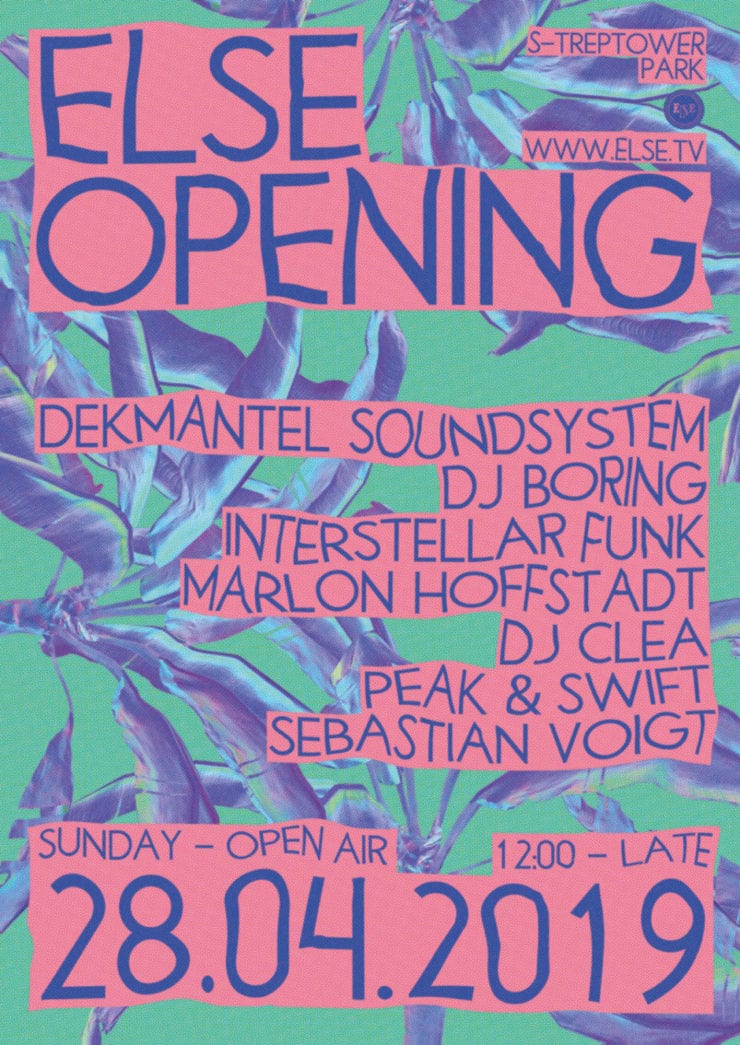 Berlin’s wildest summer party venue Else swings open its doors on 28th April with a stellar party to awaken you from the Wintery slumber and set the mood for the upcoming series of open-airs planned to take place on the Spree.

Headlining the opening party is DJ Boring, a long-time affiliate of the club, who is sure to deliver a killer house set adding energy and substance to his eponymous lo-fi style raising from the nostalgia-laden sphere into a sun-soaked dance.

De School resident Interstellar Funk, whose selections stand out for their timeless melodies and leftfield eccentricities, will soundtrack the garden with new wave, electro, techno, jack-tracks, heavy electronics and everything in between accompanied by fellow Dutch duo Thomas Martojo and Casper Tielrooij aka Dekmantel Soundsystem.

Marlon Hoffstadt and DJ Clea join in on the action alongside Peak & Swift and Sebastian Voigt, whose deep-rooted understanding of the club and driving selections guarantee an alluring garden session.

Discover more about Else on Inverted Audio.