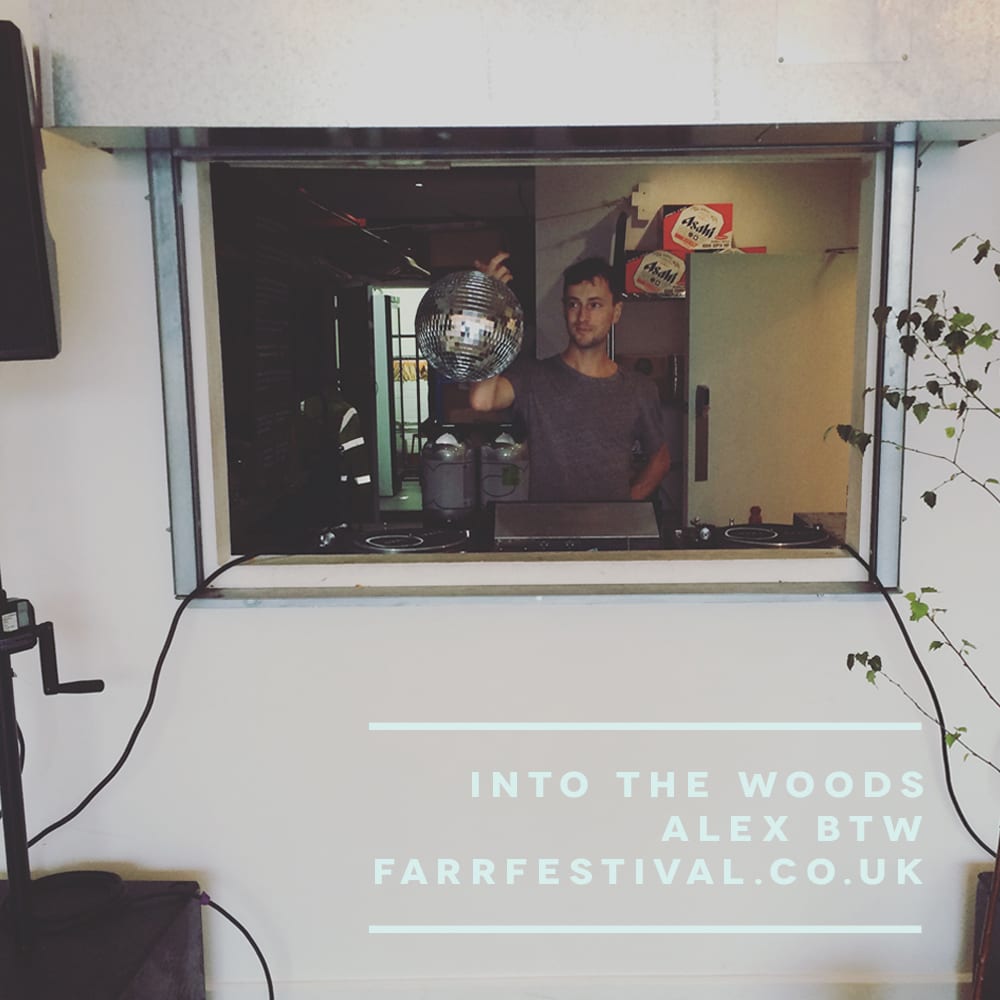 Alex BTW is the founder of the multi-faceted establishment ‘Behind This Wall‘. Since launching in 2012 as a vinyl market they have evolved their remit to encompass a former club night at Plastic People, an oyster bar on Broadway Market and a 4-month summer residency at Oval Space’s terrace offering cocktails, guest supper clubs, film nights and an open deck policy bringing local artists, DJs, promoters and other creative types to get behind the decks.

2016 will see Behind This Wall open their own basement bar/restaurant located at 411 Mare Street in Hackney offering a choice selection of cocktails, wine, craft beers and a menu to entice the health conscience and naysayers alike. The music will also be powered through the inimitable Joy Division producer – Martin Hannet’s – old audiophile Tannoy Gold sound-system.

We were fortunate enough to distract Alex from his bar renovations to record this vinyl-only mix using Plastic People’s old Bozak mixer. His mix features an assortment of driving, dubby, synth-led techno; perfect for a dance in the woods.

“I had a dream I encountered Robert Smith in the woods. I played him some of my tunes, he said they were ok but then he played me ‘A Forest’ and everything in the world seemed right. We then went to a party: these are the records I would have probably liked to play at that party. Driving, dubby, synth-led techno; perfect for the forest where Farr festival takes place. All the tracks are kinda old as I haven’t sorted out my records properly in a while and these are from the last batch to be put in a compartment that could be – but disappointingly isn’t – marked ‘woodland rave’. It was recorded in the office, much to the annoyance of everyone who was actually trying to work that day, with a set of 1210s and the old bozak from Plastics. No bells and whistles, not even any eq. It’s recorded to DAT hence the annoying little blips; but there was nothing else to hand.”

Discover more about Behind This Wall and Farr Festival on Inverted Audio.