First launched in 2008 during the tail end era of music blogs, DJ Fett Burger and Lars Erik Morillo’s (L.A. 2000) monthly mix series Trushmix has remained a constant source for eclectic mixes from both well-known and lesser-known artists from the underground domain.

Now in their 12th year, we caught up with Trushmix co-founder DJ Fett Burger to learn more about the long standing mix series and how both he and Lars Erik Morillo aka L.A. 2000 have kept on doing what they do so well.

Once you’re done with the interview, listen to Trushmix 200 – a two-piece mix featuring Balearic pumpers from L.A. 2000 and a separate mix recorded in 2009 from DJ Fett Burger (under a different alias). 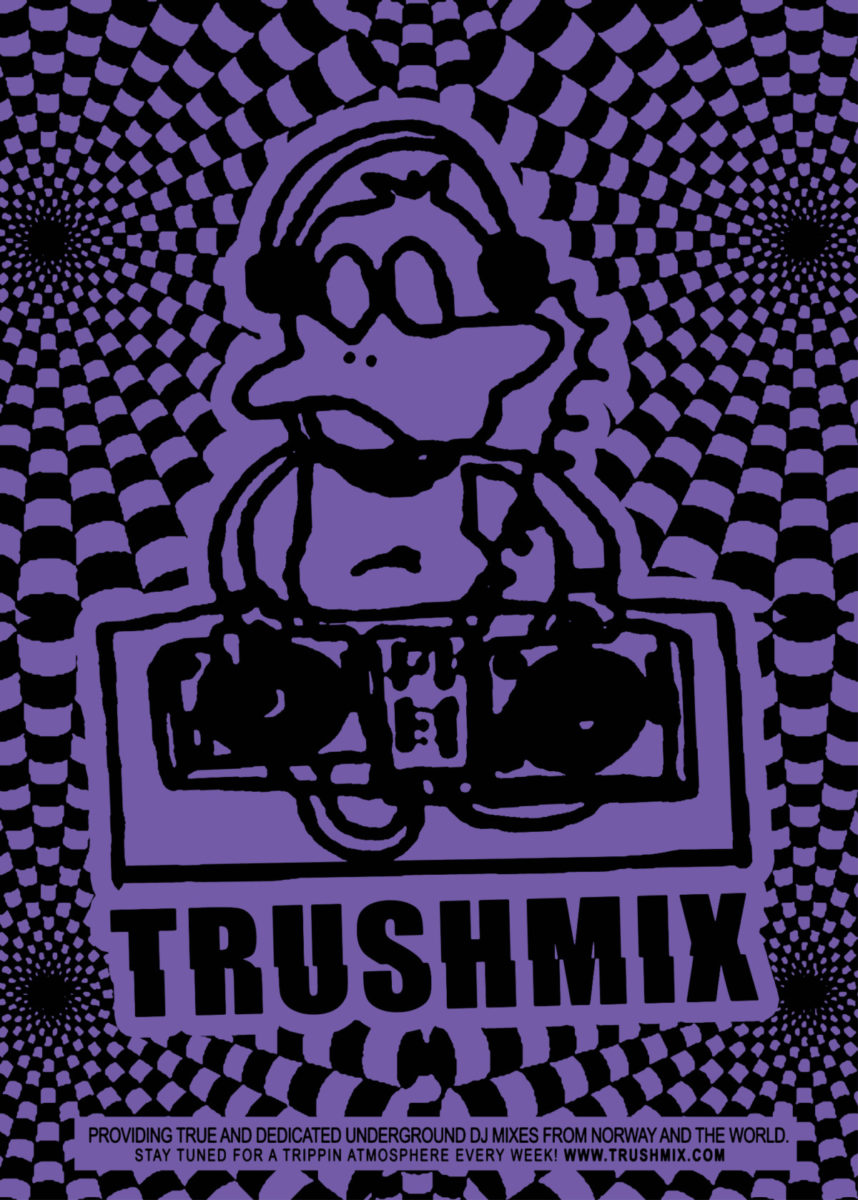 Thank you for taking the time to speak to us about your long-standing mix series Trushmix , launched 12 years ago with a 58 minute mix by Lars Erik Morillo. First up, how did the two of you meet and what provoked the idea to launch Trushmix ?

We met at Cafe Opera in Bergen in 2005 on a Wednesday club called Opera Mints. Sex Tags got booked to DJ and a good friend of LA 2000 played live. There were about nine people there the whole night, including the bartenders. Sotofett and I sold some of the first Sex Tags records, and LA 2000 bought them. We became friends instantly.

LA Morillo – or LA 2000 as he is now called – had a regular radio slot on a small online radio station called Selecta Radio, and Sotofett and I got invited to play there, and we recorded mixes for fun.

In 2008, after many recorded mixes, LA Morillo and DJ Fett Burger started a blog named Trushmix. We posted about thirteen mixes and the page disappeared. It was when blogging was really popular, pre-Soundcloud and stuff like that.

In 2011 we started again with Trushmix, but this time on Soundcloud, and the mission was to release one mix per week. We don’t put out a mix each week, but we are still going after all these years.

From the start you’ve used the same artwork for each edition of the series. What’s the story behind the name ‘Trushmix ’ and the DJ Duck – does the duck have a name?

Trushmix the name, a joke of some sort I’m sure, Trush, doesn’t mean anything, just a misspelling of Trash. And it was very funny back in 2008 when the name started to circulate.

With a good name a well fitted logo is needed. Therefore the Trush Duck was born. I think I spent about 2-5 minutes on that drawing. A great combination of nonsense! I’m very happy with all of it!

With the same artwork, the love of consistency. Even with artwork as simple as Trush it becomes good in a way if you stick to it in a consistent way. Quantity definitely adds an extra dimension. And even if it was ugly, it was always cool, so it’s hard to fail, especially if the ambitions are relatively low from the start. Things can only go upwards!

What determines a mix contribution to the Trushmix series?

It’s just a vibe thing. If we wanna put out something we do it. If there are people around that are nice and cool in some way, and that also like DJ’ing, records or other cool things they can be officially invited. And sometimes people invite themselves as well. No set rules, just if it is the right vibe.

Congratulations on reaching the 200 edition, 12 years in the game is no easy feat! Who’s behind the 200th mix and what preparations have been invested into this edition?

Thank you! 12 years of uploading mixes online. Quite something!

L.A. 2000 and DJ Fett Burger are behind Trushmix 200. Since we are the founders of it all. Preparations have been unfocused and relaxed, like always on Trush. We tried to record a mix together, our first since 2013, but since we don’t live in the same city or country, these are rare happenings. So usually we hang out or make some music instead when we see each other, but we did a recording, not a bad mix. But also not special enough for a 200 celebration. So instead we put out two really old mixes, one from each of us.

L.A.2000 recorded a fantastic balearic mix in 2007. It was early on when the balearic genre was rediscovered as a thing. Really good tunes selected in a masterful way! Just to put it in context, This was in 2007, so balearic wasn’t as familiar like now, only heads started to pick this up again after the heydays in the 80’s, so some really good compilations started to float around, and that became a spark.

Also DJ Harvey hadn’t yet made his euro comeback so it was a whole different time back then, it was very marginal. Very nice in many ways. A fantastic mix, that is recorded a bit too loud on a lousy PC.

The second mix, by DJ Fett Burger is quite an eclectic mix recorded in 2009 for a CDR label called Sony Norge, under a different DJ alias. This mix matches the previous mix in an odd way, a proper out there balearic interpretation, with some Norwegian cuts that make it local in a global way. So we got a package full of surprises here! You never know what will come next!

As one mix these two become quite something, a perfect journey for a 200th mix celebration on Trushmix! It’s a listening party for people who want to take things to a special level and it really catches the essence of what Trushmix is all about! 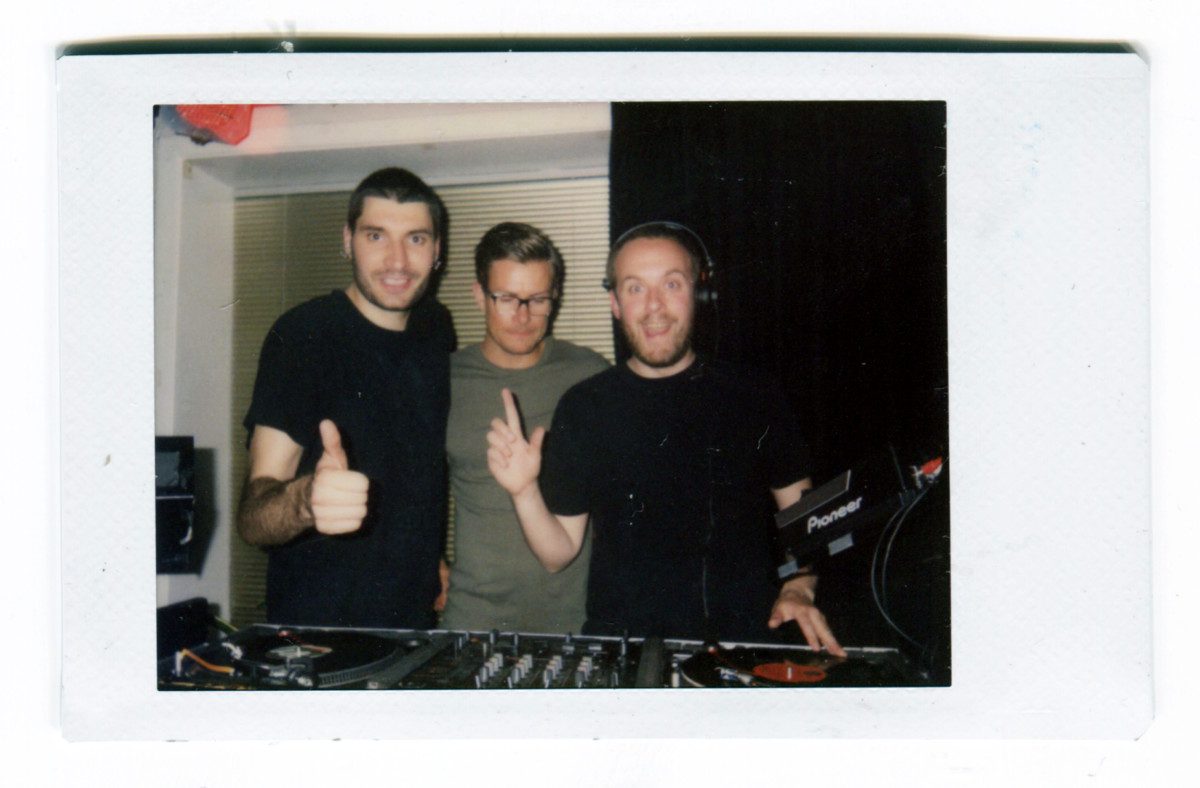 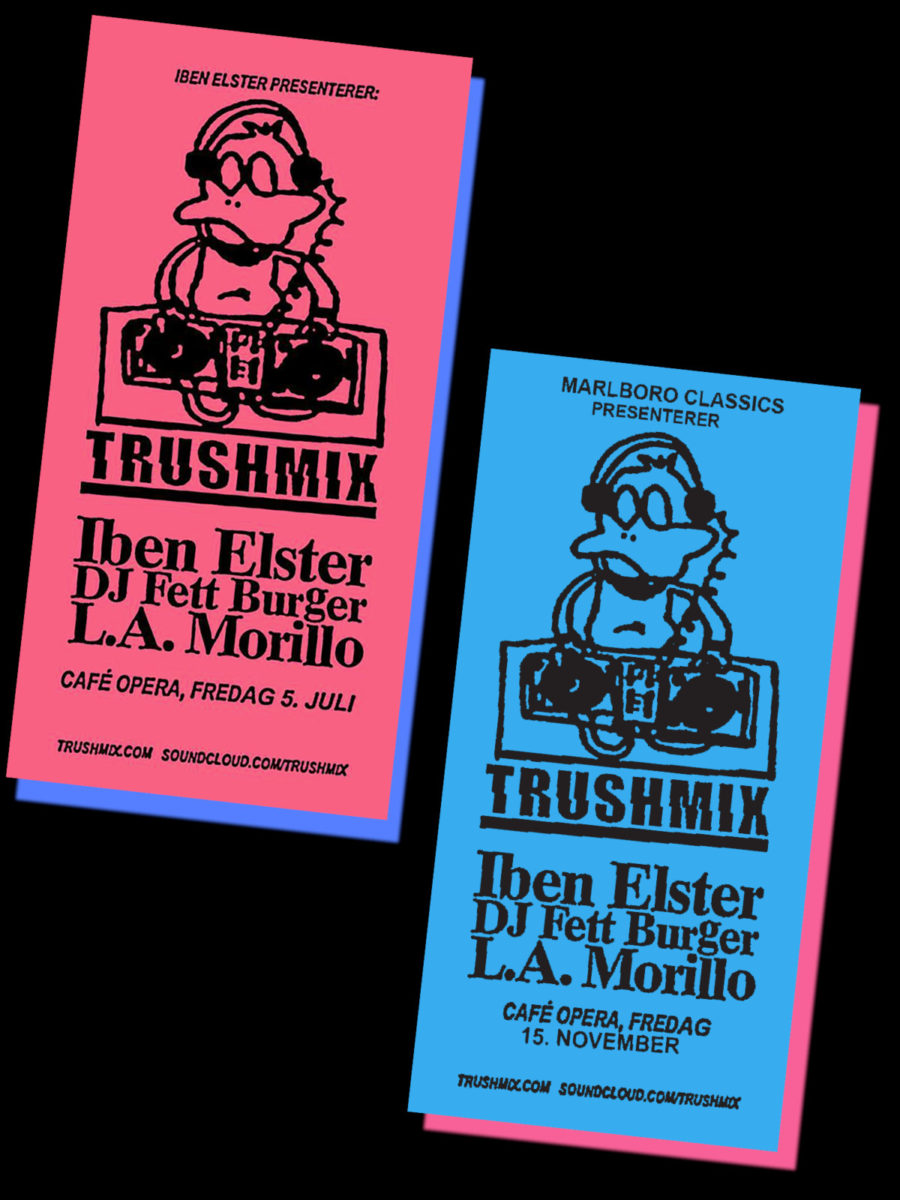 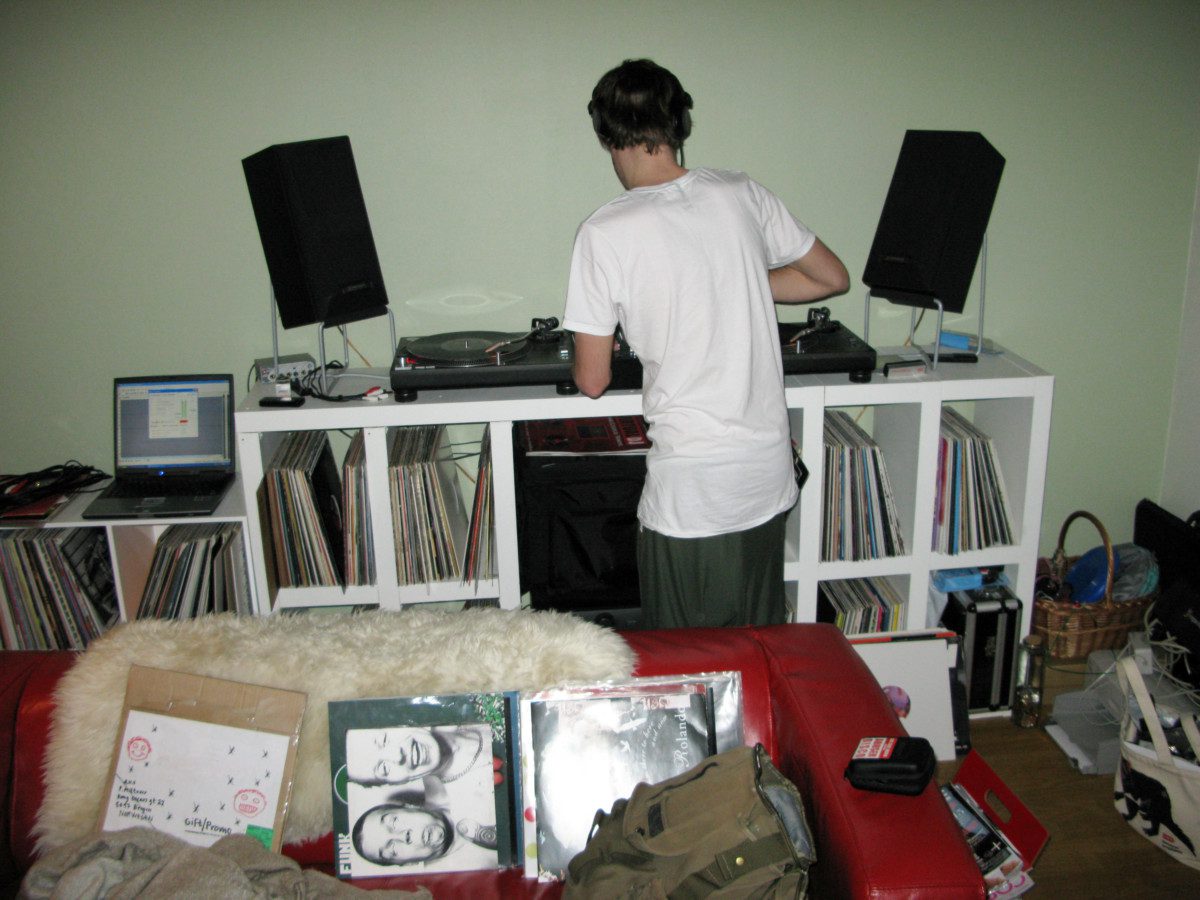 Trushmix has featured an array of contributions, most are solo DJ Sets, others are back-to-back assaults. Are contributors encouraged to record mixes at the club or at home?

Be free and do whatever you like. No rules. Club, pub or at home, it doesn’t matter!

Mixes span different emotions, genres and styles. Do you give tips on what tracks to include, genres to explore, how long it should be, what format to use (Vinyl/CD/USB/Live) or any other specifics?

Artist are totally free to do whatever they like,

We do not accept Nazi mixes or other hateful stuff. We also don’t put up people who use their mix only for shameless self promotion, like pushing their new record or promo mixes to get gigs or things like that. A genuine interest in music has to be the key.

You expressed that you tend to only publish mixes from people that you have met in person – why is that and what else determines a mix that is suited to the series?

The reason for only putting out mixes of people we met in person (there are just a few exceptions) is that it’s a community thing. Trushmix is not a series the show of well known artist, so we become influential ourselves, it is not a series for promoting peoples careers either, even if some artist definitely has gotten a fair boost from Trush, and that’s just great!

It’s all about the music and community, a place to shine a light on lesser known DJ’s and artists from the underground, or people who are linked to that. And sometimes even bigger players come in to do a mix.

It’s all very easy-going really, but it’s good to have some limitations, as there are so many mix series out there, and so many people asking for a Trushmix , so it’s good to be different and have some boundaries.

Also it’s a project by us, so naturally it is a platform that is centred around our community and our movements in this world.

I’ve noticed that track lists are not shared or published – why is that?

It’s too much work, So we have never bothered to do that. Sometimes it’s just good to listen and enjoy. And if you want the track, it’s gonna be a bit of work. That never hurts either. Things can’t always be too easy.

Unlike our own mix series, Trushmix features recurring DJ’s, allowing them to express different genres, moods and styles. SVN delivered an experimental mix for 12th edition and a drum and bass mix for the 24th edition – who has delivered the most diverse and eclectic editions?

There are quite a few eclectic and diverse mixes in the series each in their own way. But it’s not important who has done the most this or most that. It’s a lot of different styles, and that’s also because people enjoy a lot of different music. And I think that is great! We just encourage people to do their thing, with different styles of music it just becomes more rich and fun!

Which is the most timeless mix in the series?

I think Trushmix as a whole series is timeless. Different mixes can be timeless in their own way, and there are enough mixes in the series, so it won’t be one favourite anymore. Different mixes have different qualities. That’s what we like.

Which is the most underrated mix in the series?

I don’t think there are any. They all have their place!

If you could pick one mix to beam into deep space, which would it be?

I would beam the whole series then. More fun if aliens could listen to all the different mixes, since I assume aliens also have different taste in music.

If you could enlist anyone (dead or alive) to contribute a mix, who would you invite?

ODJ Harri from Helsinki, Primo Preems from San Francisco. And also a mix from Derrick May that was exactly as good as Mix Up Vol.5 from 1995. One of the best DJ mixes ever made! But unfortunately that is not an option at this point.

Finally, do you have anything else that you’d like to express? 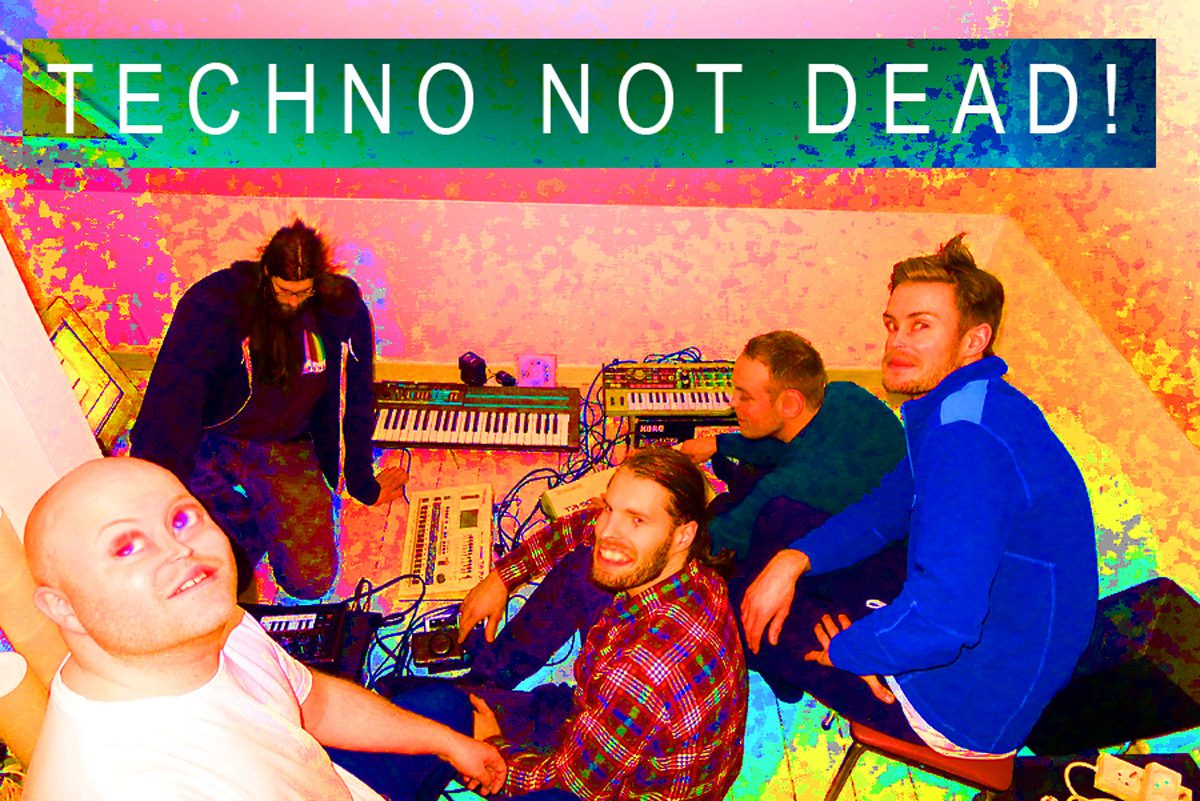